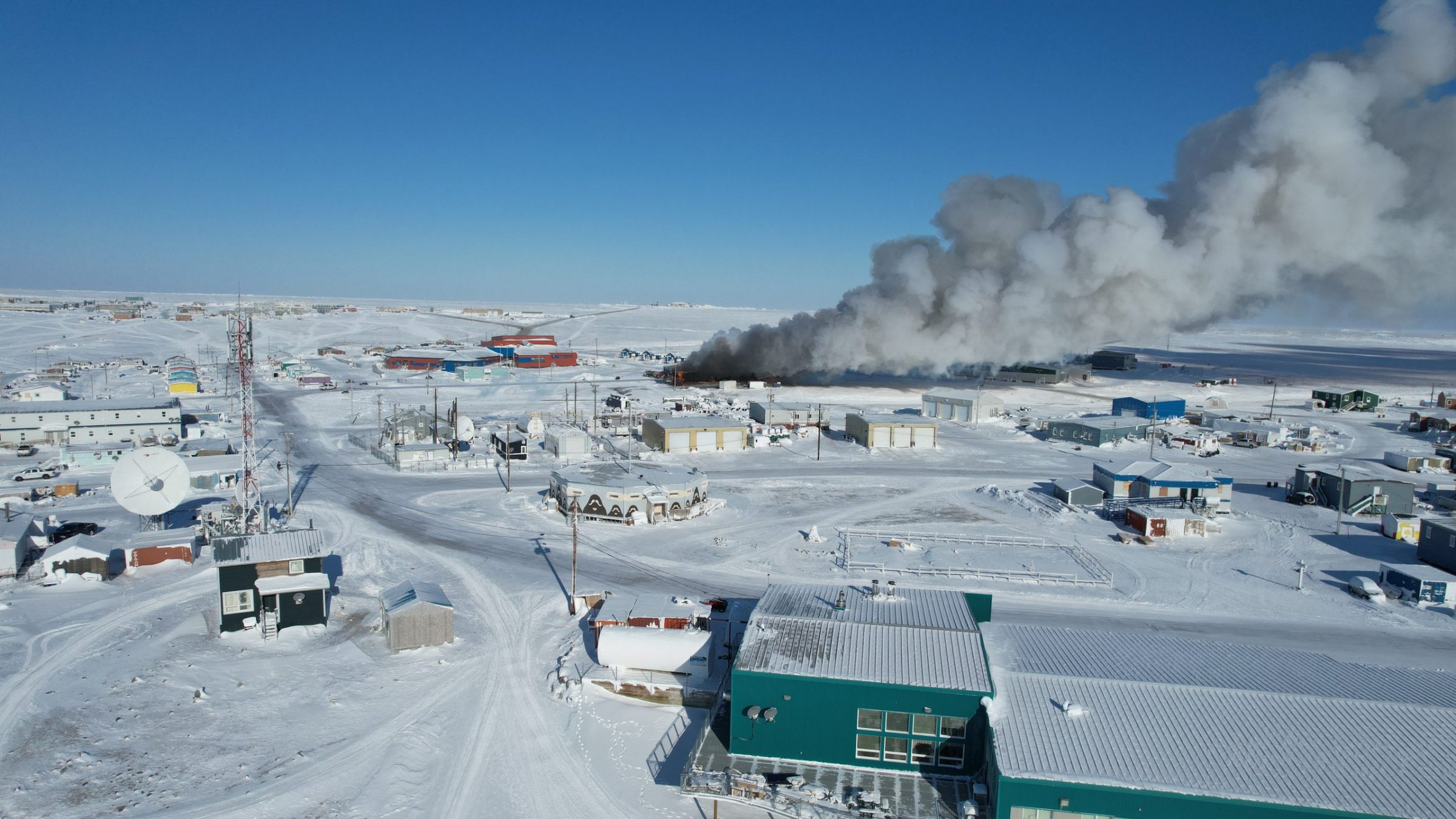 A fire at the Government of Nunavut building in Gjoa Haven burns on Saturday afternoon. It was not immediately clear if anybody was hurt in the blaze. (Photo by Richard Dwyer)

RCMP advised people in Gjoa Haven to shelter in place Saturday as emergency crews battled a fire at the Government of Nunavut office building in the hamlet.

The announcement appeared on the RCMP Nunavut’s Facebook page in the afternoon.

Multiple social media posts indicated people in the community heard explosions, while massive plumes of dark smoke could be seen billowing from the building.

As well, Qulliq Energy Corp. reported a power outage in the airport/uptown area of town, due to the blaze.

The RCMP made a later social media post around 8 p.m. that the fire was fully under control and it was safe for people in the hamlet to resume their regular activities.

The RCMP did not immediately respond to a request for more information about the incident, including whether anybody was injured, or what is believed to have caused the reported explosions.