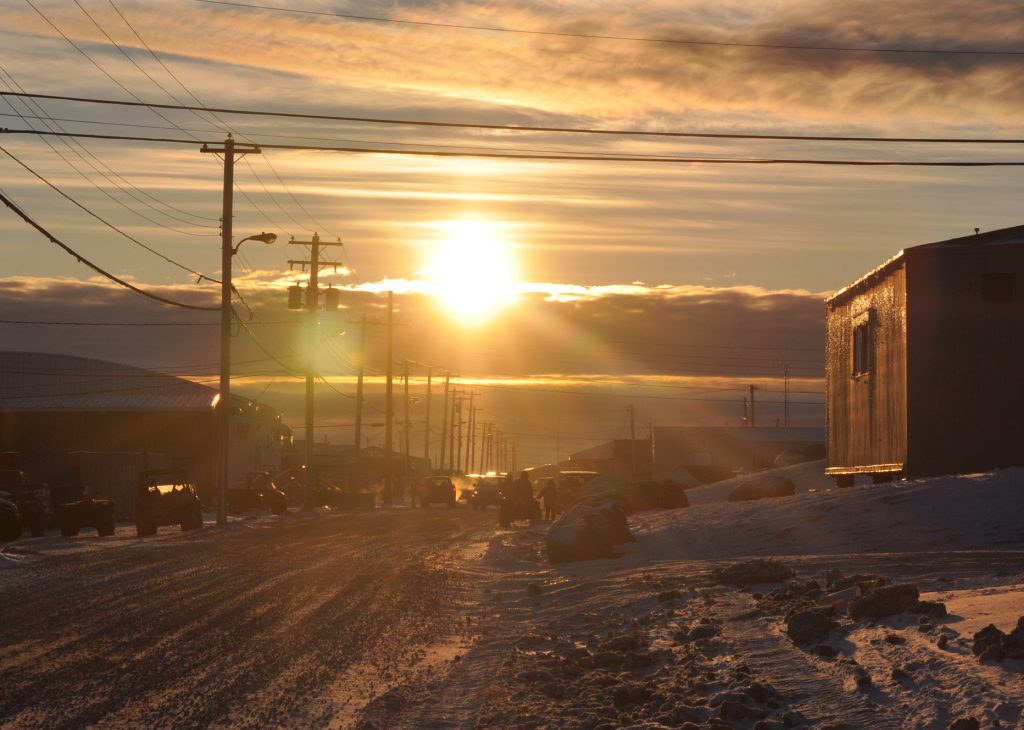 Four new COVID-19 cases were reported in Arviat Monday, though the number of active cases across Nunavut dropped to 108. (File photo)

Eight people in total have recovered since the territory’s first case was reported on Nov. 6.

The territory had 151 active cases as of Friday, including four new ones reported in Arviat, the community hardest-hit since the new coronavirus was first detected in Nunavut in early November. No deaths have been reported in Nunavut.

Friday’s single-digit increase followed the first day in several weeks that no new cases were reported. Nunavut had been adding double-digit increases in confirmed cases in mid-November.

The territory reported its first case on Nov. 6 in Sanikiluaq, but after that the caseload grew quickly with cases confirmed in Rankin Inlet, Arviat and Whale Cove.

Nunavummiut who were initially infected with COVID-19 had been visiting Winnipeg. As cases continue to rise in southern jurisdictions, Dr. Michael Patterson, Nunavut’s chief public health officer, said on Friday at a news conference that his office is “taking a closer look at every exemption request, whether critical worker or compassionate.”

Patterson said it would be harmful to increase the isolation period in southern hotels beyond 14 days. However, he did say that when the resources are available, that isolation period will also include tests.

The increase of COVID-19 cases across Canada reinforces the need for Nunavummiut to “really consider if travel is essential before they go south,” Patterson said.

“The more people who go south, the higher the risk of introducing COVID-19 back into the territory is going to be.”

Nunavut is heading into the second weekend of a government-imposed lockdown that took effect on Nov. 18 and is to remain in place until Dec. 2.

Since the beginning of the pandemic in March, the GN has enacted a public health emergency every two weeks. It allows the government to limit the sizes of gatherings and close businesses, gyms and schools. It’s also what allowed the GN to impose a lockdown across the territory for two weeks, starting on Nov. 18.

Patterson emphasized the public health emergency is not the same as the current lockdown, but it is what allows the GN to order the lockdown.

As the lockdown draws to an end next week, the GN will adjust measures for each community based on the level of COVID-19 in the community at the time.

Even once the territory-wide lockdown ends, strict measures will remain in place in locations with evidence of community transmission, which has so far only included Arviat.

For the rest of the territory, businesses will be open and gathering sizes will be limited — similar to restrictions that were in place in June and July, Patterson said.

Patterson was to meet with the Department of Education Friday afternoon to discuss how schools will reopen after the lockdown.

Schools will be in a different position when reopening happens, he said, “based on what we know of the increased risk of COVID-19 coming into the territory in all communities.”

The school reopening plan will likely be announced on Monday, Patterson said.

Along with nearly $19 million in federal funds to help with COVID-19 relief, Nunavut is also getting support in other ways.

Four infection experts with the Red Cross were to arrive in Arviat Friday or Saturday, Patterson said. They will help with assessments. They are not isolating before entering the territory, and Patterson said they will wear masks and isolate when they’re not working.

There will also be a liaison officer in Iqaluit from the Public Health Agency of Canada, who will “help streamline requests for support from the federal government and provide additional assistance on the ground,” Patterson said.