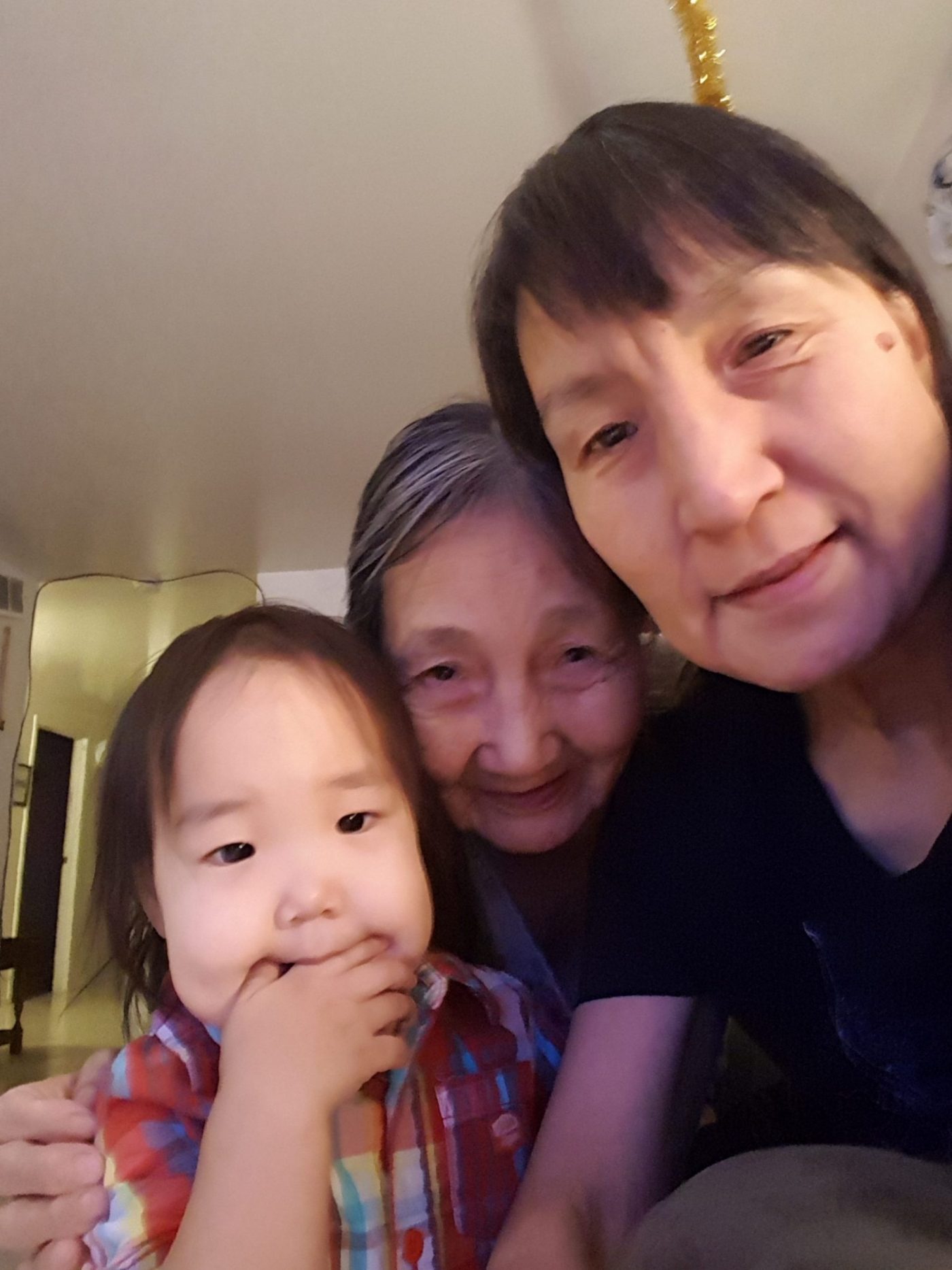 Susan Tulugarjuk, right, was bitten by a fox in Igloolik on Monday. She received treatment for a potential rabies infection the same day. (Photo courtesy of Susan Tulugarjuk)

Susan Tulugarjuk was walking to work on Monday morning when she suddenly felt something bite her on the right side of her back.

“I looked behind and saw a fox,” Tulugarjuk said in an interview.

She said that she started panicking and yelled at the fox, which ran away.

Tulugarjuk then ran to her neighbour’s house, where she was let inside.

She was then driven immediately to the hospital, where she got treatment for a potential rabies infection.

Tulugarjuk did not want to discuss details of the treatment process, but she did say it didn’t hurt.

According to the Canadian Immunization Guide, rabies treatment generally involves a needle given three different times between the first and 28th day after a potential infection.

Anybody who is scratched or bitten by a fox or a dog should go to the hospital immediately, Department of Health officials advised on Monday.

If left untreated, rabies is almost always fatal, according to the Government of Canada’s Immunization Guide. A rabies vaccine should be given on the first day a person may have been infected, the guide states.

After the fox bite, Tulugarjuk said she does not intend to walk alone to work anymore.

“Everyone should be aware of foxes because they can attack from nowhere,” she said.

The fox that attacked Tulugarjuk was caught and killed but the GN’s Health Department could not confirm whether the fox had rabies, department spokesperson Danarae Sommerville said in an email to Nunatsiaq News.

To confirm whether an animal has rabies the head needs to be preserved and this fox was killed in a way that made head preservation impossible.

Signs of rabies in an animal include behaving strangely, staggering, frothing at the mouth, choking or making strange noises.

The GN added that residents of Igloolik should tie up their dogs and monitor them for any signs of rabies.

Anyone who sees a fox or wolf in the community, or a dog acting strangely, should contact the local wildlife guardian at 867-934-8999 or the regional environmental health officer at 867-975-1163, the GN says.