Fuel-eating bacteria can be effective in cold climates, a Greenland project shows 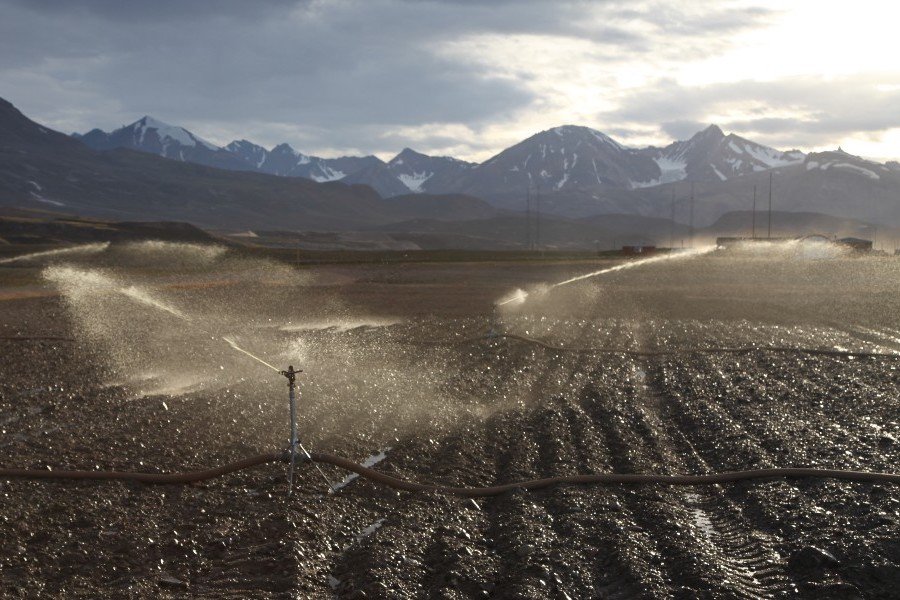 Sprinklers water a landfarming area at the Mestersvig station in Greenland. Plowing, watering and fertilizing the soil each year helps the bacteria that break down the pollution to grow. (Anders Christian Vestergaard / Forsvarets Ejendomsstyrelse)

A method for cleaning polluted soil that has long been used in temperate regions has now the first time shown itself to be effective in cold climates, giving hope that fuel contamination found at military and scientific installations in polar regions can be removed by naturally occurring bacteria, with a little human help. 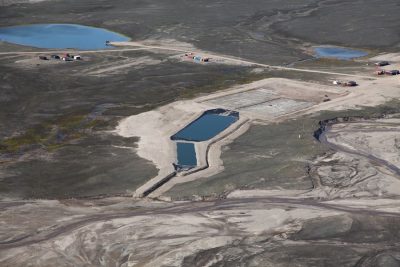 An aerial view shows the Mestersvig Station in Greenland. The landfarming area is the square field adjacent to the two rectangular ponds. (Anders Christian-Vestergaard / Forsvarets Ejendomsstyrelse)

Landfarming works by spreading contaminated soil out in a thin layer that is then plowed, fertilized and watered each year in order to promote the growth of bacteria that can break down the organic compounds in the pollution (see video below).

A project undertaken by Forsvarsministeriet, Denmark’s defense ministry, at its Mestersvig Station installation, located on the eastern coast of Greenland some 200 kilometers north of the town of Ittoqqortoormiit, has shown that landfarming in the Arctic is up to 90 percent effective after five years.

The results of the project are detailed in a paper published in the forthcoming issue of the journal Environmental Pollution.

The defense ministry settled on landfarming in 2011 in order to clean up the soil that had accumulated since the installation’s establishment in 1952.

Most of the pollution came from a 2001 spill that released 40 tons of a type of fuel known as Arctic diesel, contaminating 5,000 tons of soil. That soil was used in the project.

Cleaning the soil using conventional methods would have required it to be flown or sailed to a treatment facility at a cost that is far greater than sailing equipment and personnel to contaminated sites.

During a five-year, full-scale trial begun in 2012 that was the first attempt at landfarming in a cold-climate region (summer temperatures at Mestersvig rarely rise above 5 degrees Celsius), scientists from the University of Copenhagen; Niras, an engineering firm; and Geus, the Danish and Greenlandic geological survey, monitored bacterial populations and the amount of diesel compounds that remained in the soil.

Given the results of the trial, the defense ministry says it now expects to apply the same method at the approximately 30 former military installations in Greenland that are known to be polluted.

The results have been shared with the Greenlandic Self-Rule Authority and other countries where polluted soil in cold climates may be a concern.

“Just about anywhere in the Arctic where there has been a weather station, a research station or a military installation, there is some amount of oil pollution,” said Anders Risbjerg Johnsen, a geochemist with Geus. “The methods we used in our experiments can likely be used at these sites.”