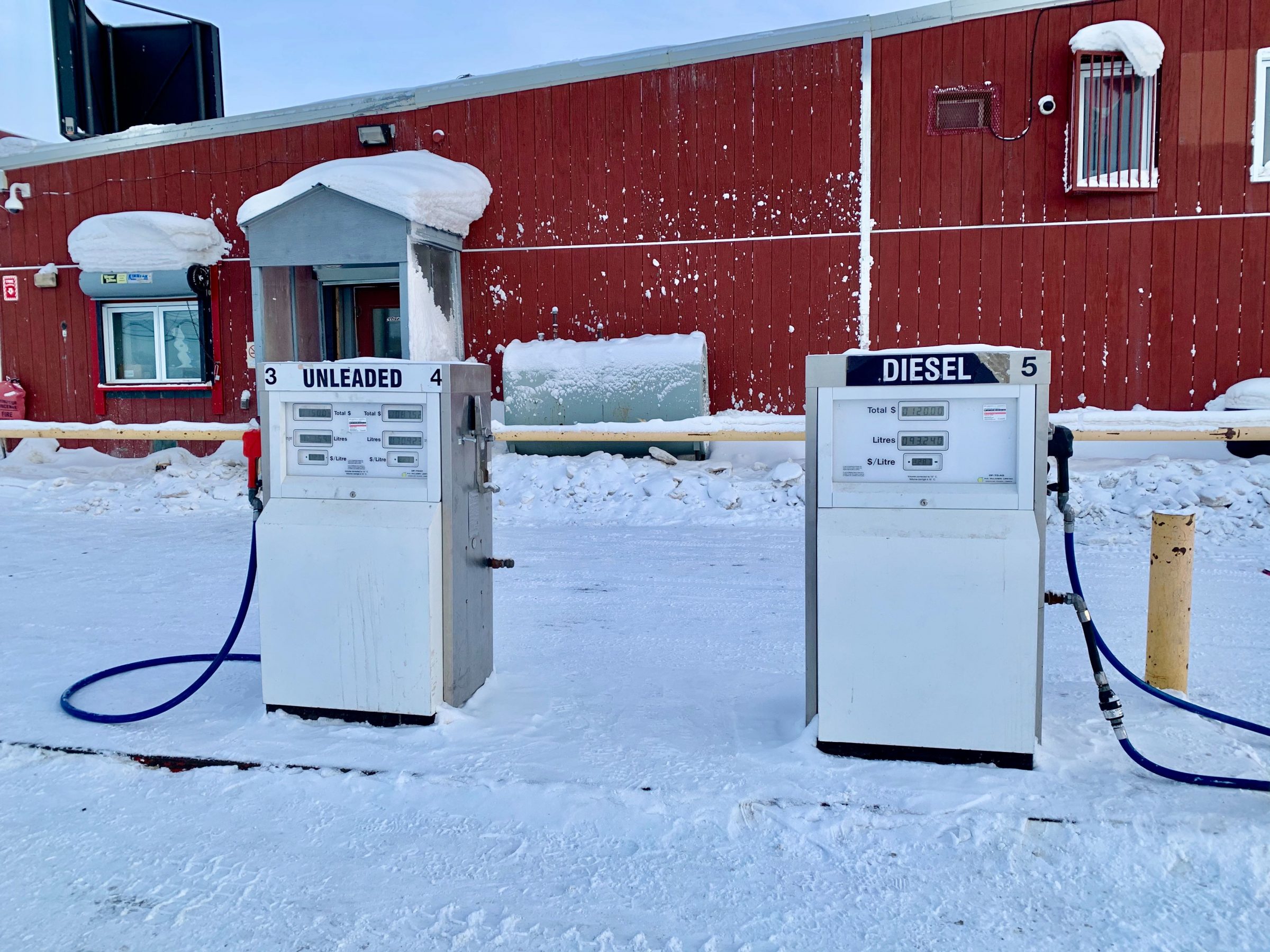 Nunavummiut still don’t know whether gas prices will go up or down in 2021 since the announcement of the new prices, which is usually made in December, was delayed this year. (File photo by Emma Tranter)

A bill to increase how much the Government of Nunavut can spend per year on petroleum was delayed last week after a vote in the legislative assembly.

If passed, Bill 54 would raise the spending limit from $250 million to $350 million. Nunavut’s finance minister says this change would give the government more leeway to buy when prices are low, which he says would translate to cheaper gas and heating oil for Nunavummiut.

“We want the ability to strike while the iron is hot,” Finance Minister George Hickes said on Friday, describing savings in the tens of millions of dollars if the government is able to buy more fuel in bulk at cheaper rates.

The territorial government’s petroleum products division buys various fuels, such as gasoline and heating oil, and controls their prices in the territory. Those prices depend on how much it paid the year prior, and are typically set during the winter months, according to the division’s website.

“We’re missing out on opportunities to save money and creating ones that will cost Nunavummiut more,” said Hickes, adding he felt MLAs have had “more than enough time” to consider the bill.

Adam Arreak Lightstone, the MLA for Iqaluit-Manirajak, had the opposite opinion.

“I think it is unfair for the government to push this decision on us,” he said about the bill, which was introduced in October.

“There are still a number of unknowns.”

He critiqued the petroleum products division for not being transparent enough. For example, he said, the division has only tabled one annual report since 1999 – that was in 2019. These reports include financial statements and details on the division’s performance.

“The Government of Nunavut’s petroleum products division is a public entity which is shrouded in mystery,” he said.

The 2019 report was tabled after MLAs called for more transparency, according to Community and Government Services Minister Jeannie Hakongak Ehaloak. She said another report is coming in the next legislature sitting.

Typically, the upcoming year’s prices are announced in December, but as of March 2, that announcement hasn’t been made.

Throughout last week, MLAs expressed concern for the delay.

Ehaloak said the COVID-19 pandemic has complicated the division’s price forecasting, and this year’s prices will be announced soon.

She said the division lost money during the pandemic because people were buying less gas, but the low cost of fuel last year also translated into a savings of $15.6 million. This makes it unclear whether prices will go up or down in 2021.

The government has purchased bout 70 per cent of the supply needed for 2021, according to Ehaloak, but she added the spending limit stopped the division from buying more when prices were low.