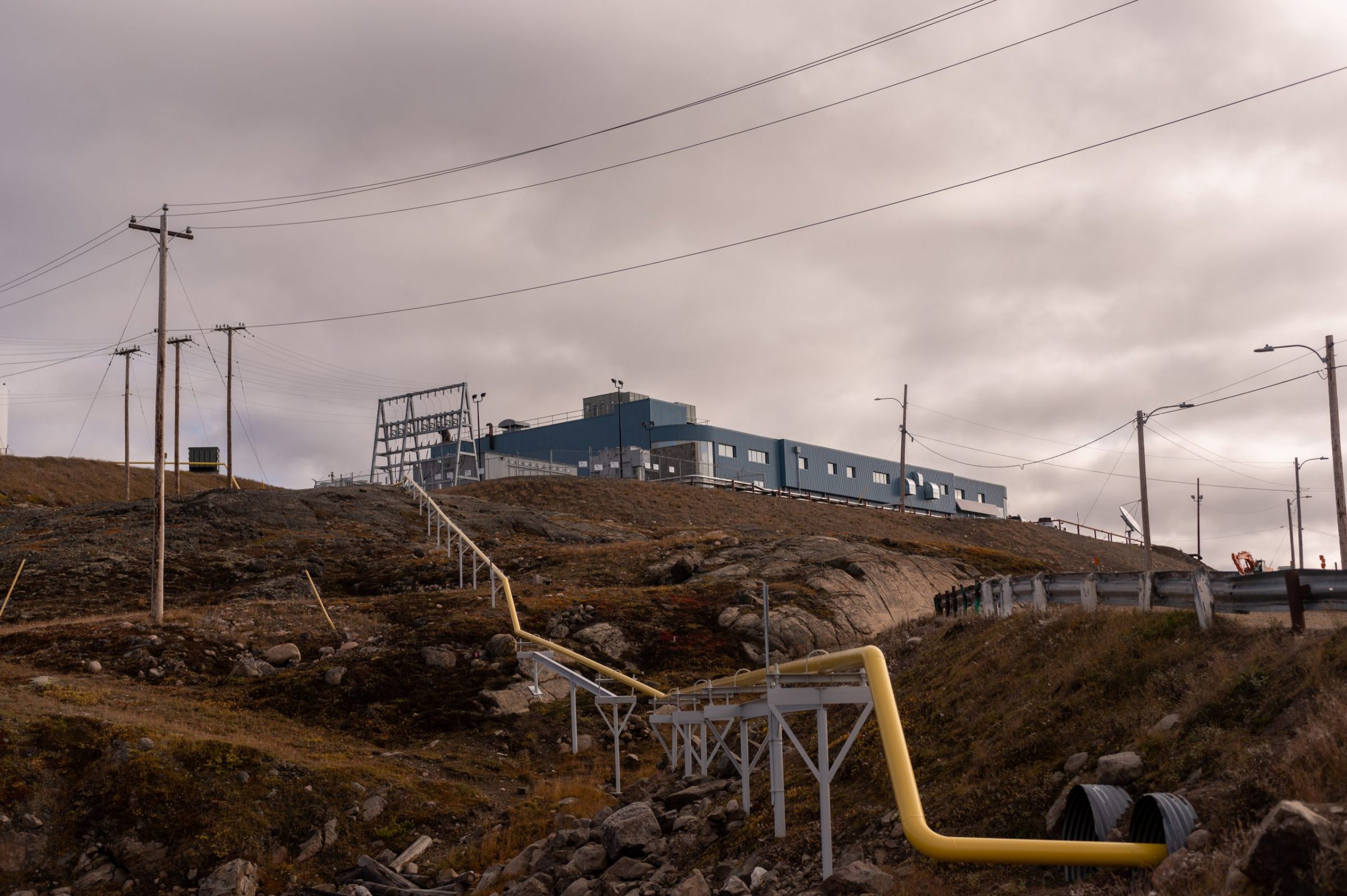 On Tuesday, city staff opened a sealed access vault at the water treatment plant that holds water-treatment chemicals. When they opened it, they smelled petroleum coming from the vault, Mayor Kenny Bell said. (File photo)

City officials searched but could not find the source of a fuel odour reported in Iqaluit’s water supply for more than a week, despite taking several samples and inspecting the city’s water treatment plant, says Mayor Kenny Bell.

But the complaints kept coming.

In response, staff collected six samples from various people’s homes across the city and they all came back clean, Bell said. At some of the homes, people said they smelled an odour, but their neighbours reported their own water smelled clean.

“It was so sporadic,” Bell said of the reports.

Staff continued to monitor and test the water and check the water treatment facility located near Lake Geraldine, he said.

When asked why the city didn’t issue water advisory after the initial complaints, Bell answered that the city and Nunavut government agreed it wasn’t necessary.

“Ultimately, our tests were passing,” he said, adding chlorine and iron reacting to each other can cause fuel-like odours in water.

Bell said the city even checked in with the hospital after hearing reports on social media that people were feeling ill after drinking water.

“There was no uptake of stomach sicknesses, no chemical burns,” he said. “So, what do you do?”

Everything changed on Tuesday, three hours after the city released a second statement that all city water met national standards. That’s when the Nunavut government called Bell into an emergency meeting.

There, he was told public works staff had opened a sealed access vault that contains chemicals that the water mixes with to filter it before it is stored in holding tanks.

“When they opened it, they noticed that there was the smell of petroleum,” he said.

No one knows exactly what is in there, when it got in there or how.

“Once the tests come back, we will know definitively,” he said.

City staff are now trying to bypass those sealed access vaults and treating water in the holding tanks, Bell said.

While that’s happening, Bell said the GN is bringing 80,000 litres of water in jugs and bottles to Iqaluit over the next three days.

When asked how Iqalummiut are supposed to trust the city and the current guidelines for tap water usage after they were told twice that the water was safe to consume, Bell said:

“I don’t blame people for having that, that non-trust. We are working on fixing that trust and, I mean, this is a major step back.”