Dog attacked in Lower Base is in confinement, fox being tested for rabies 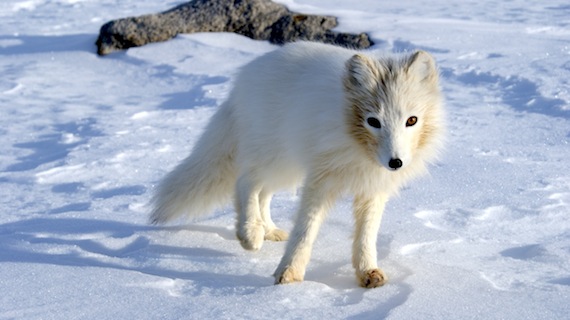 The GN is warning of a possible rabid fox in Iqaluit after it attacked a dog Monday. (File photo)

A fox is being tested for rabies after it attacked a dog in Iqaluit on Monday, the Nunavut Department of Health is warning residents.

The dog is currently under confinement following the attack, which occurred around the Lower Base area of the city, according to a Government of Nunavut news release issued Wednesday. The fox was killed by a resident using a shovel, a GN spokesperson later confirmed.

Due to the danger of rabies, the department is warning residents to be on the lookout for foxes. If someone is scratched or bitten by a fox or a dog, they should immediately go to the hospital to report the incident and begin treatment because infections are nearly always fatal if left untreated.

The GN advised that domestic animals that spend time tied up outdoors should be monitored for a change in behaviour and possible signs of rabies.

That can include the animal behaving strangely, staggering, frothing at the mouth, choking or making unusual noises. Animals exhibiting this behaviour should be avoided and reported to the regional environmental health officer or conservation officer.

Iqalummiut should contact the conservation officer at 867-975-7780 if they’ve seen a fox or wolf in the community. If a dog had contact with a fox or wolf, the regional environmental health officer can be reached at 867-975-1163.