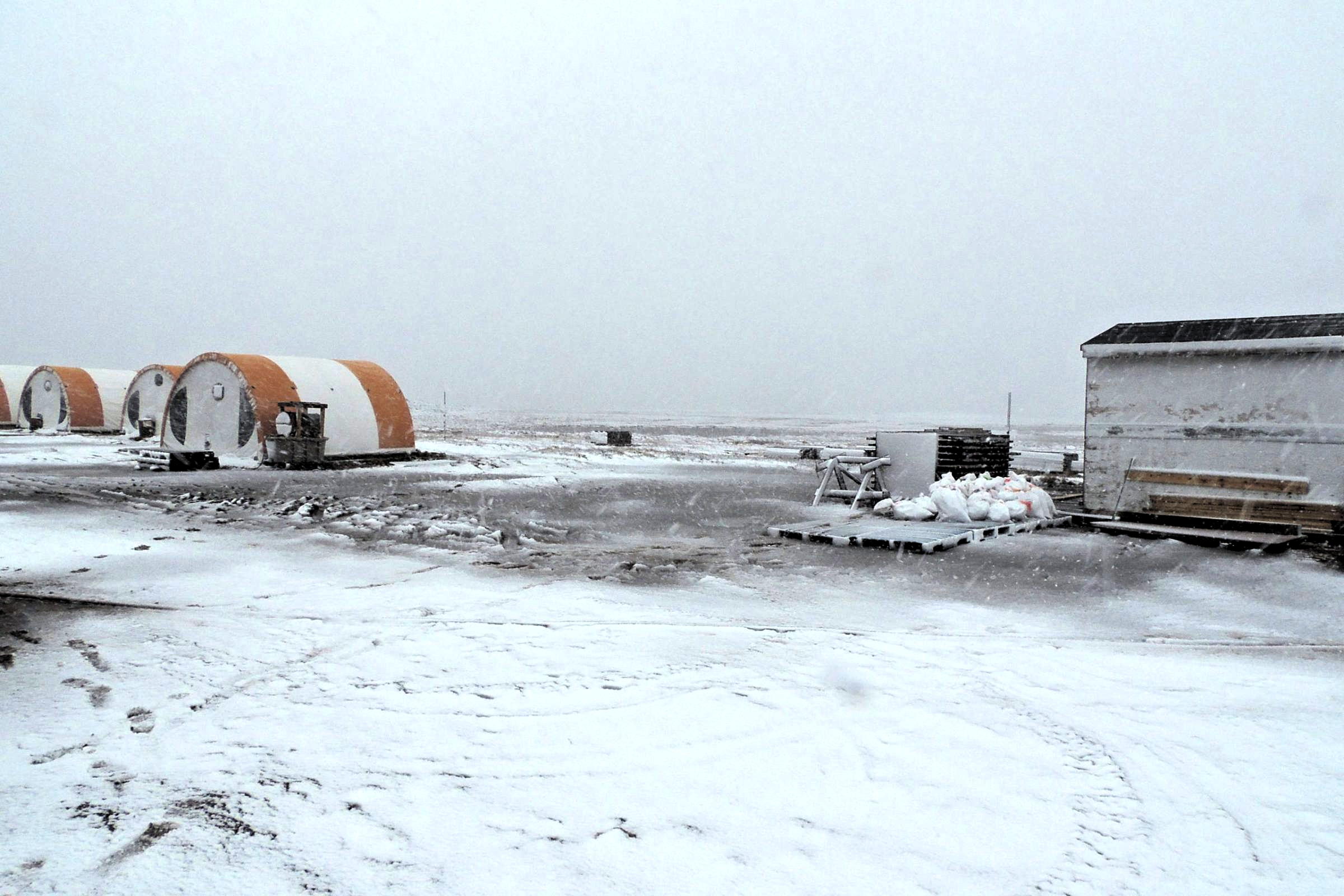 A photo of Nordgold’s current campsite. A new site will allow the operation to run longer in the year, said project manager Dave Smith. (Photo courtesy of Dave Smith)

The approval to relocate the campsite for a gold exploration project near Whale Cove could bring an increase of jobs in the area, says the project’s manager.

The increase in operations could lead to an increase the amount of workers needed, he said.

Currently Nordgold hires between 13 to 14 Whale Cove residents, but a longer season might require a local workforce of 15 to 20 people.

The main reason the company wants to move its campsite is to seek better winter conditions. The current site gets buried with snow because it is beside a low-lying ridge and the nearby lake that freezes all the way to the bottom in winter, which makes accessing water difficult.

The proposed new campsite is 22 kilometres away from the hamlet, according to the Nunavut Impact Review Board’s summary of the project.

Fleming said the project met the requirements the hamlet needed, and it doesn’t appear to pose risks to nearby water bodies or wildlife.

The Nunavut Impact Review Board’s summary of the project states the Issatik Hunters and Trappers Organization was also consulted.

A representative from Issatik HTO was unable to speak with Nunatsiaq News this week.

The Pistol Bay Project began in 2011. Currently, Nordgold says it has found an estimated open pit resource of 1.58 million ounces of gold at the site. Smith says a range of 2.5 million ounces to 3 million ounces is mineable.

Smith added the exploration stage for mining can take decades, citing the Mary River iron ore deposit, which was discovered in the 1960s but only began to be mined in 2014.