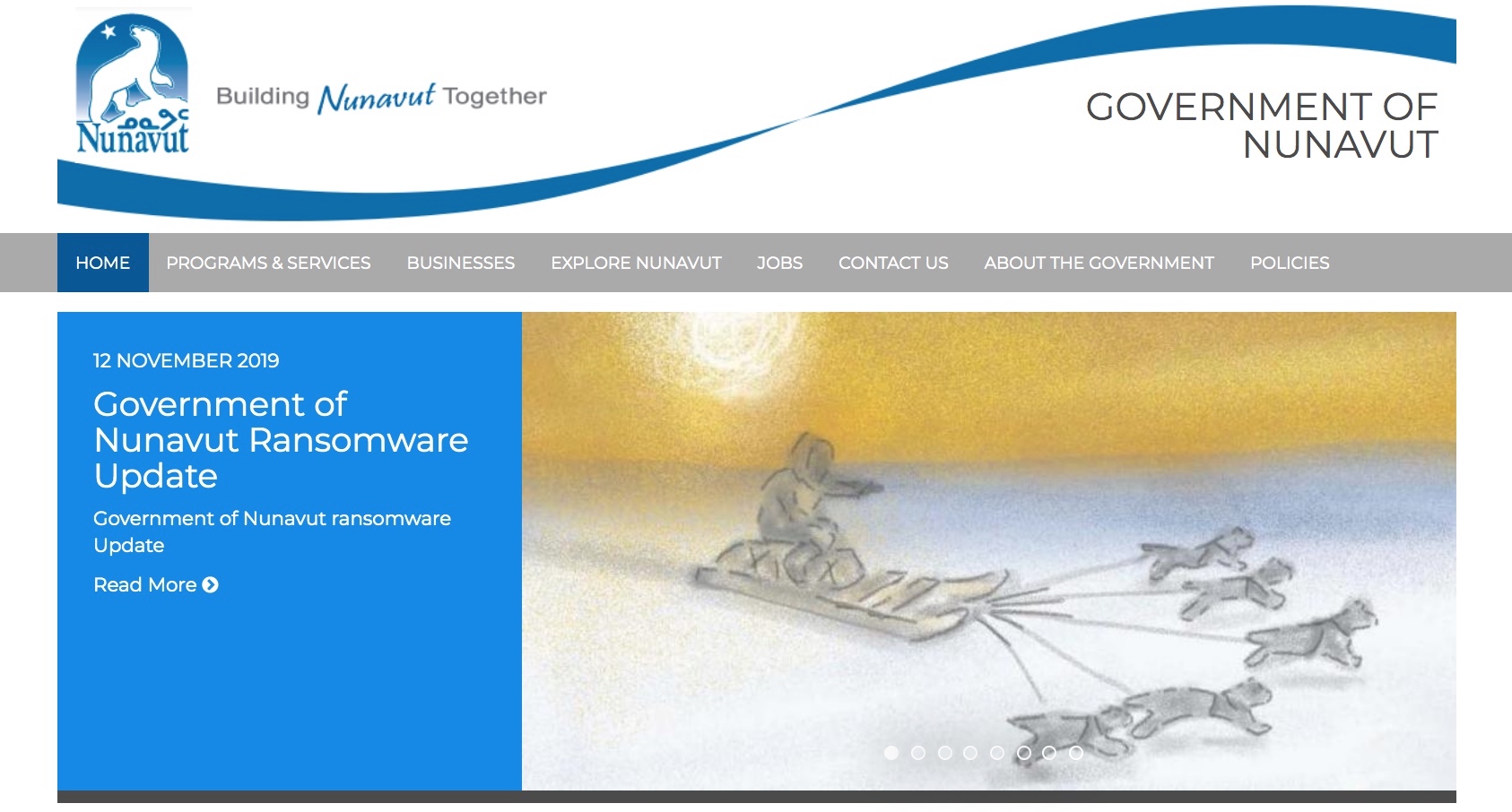 Government of Nunavut ransomware updates have become part of the territorial government’s public communications since the Nov. 2 cyberattack that took down its computer systems. (Screen shot)

The Government of Nunavut says that backups of data contained on its computer systems have been recovered, following a recent ransomware attack that had shut down most of the GN’s workstations and servers.

That good news means that information on the government’s computers, inaccessible since the Nov. 2 cyberattack, can be restored.

As well, voicemail for territorial government offices in Iqaluit is working again.

The most recent computer backups are from Oct. 31.

Meanwhile, the GN’s information technology division continues to work closely with departmental IT teams “to restore the recovered data and bring all systems back online,” the GN said in a Nov. 12 statement on Facebook.

The GN said it will prioritize the restoration of data for the departments of Health, Family Services, Education, Justice and Finance. 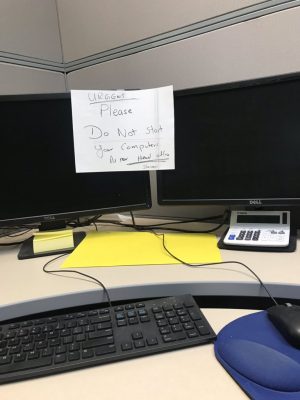 This photo posted on social media shows a sign attached to a computer in a Government of Nunavut office, which tells employees not to turn on the computer. (Photo by Jenna Kamingoak/Twitter)

In the GN’s case, ransomware encrypted individual files across the government’s servers and workstations.

But “we would not pay any ransom,” Dean Wells, the territory’s corporate chief information officer, told Nunatsiaq News last week.

Also last week, the GN said that, as part of the data recovery and restoration, it would collect and reformat all GN computers, and return them within 24 hours.

The GN told Nunatsiaq News that “the reconfiguring process is ongoing. by the end of the weekend all the desktop computers in Iqaluit were collected, they were labelled and categorized.”

That process continues with the “priority departments” of Health, Family Services, Education, Justice and Finance”  being reconfigured first.

“We will be able to better confirm numbers at the end of this week,” Chris Puglia, who is handling GN communications during the ransomware crisis, said in an email late Tuesday.

He said that the Community and Government Services Department is working on solutions “to ensure optimal recovery time in both Iqaluit and the communities.”

As for whether GN workers will be paid as usual on Friday, Puglia said “the Department of Finance is currently working to process pay.”

Regarding adult students who receive Adult Learning and Training Support payments, “we should have more information later this week in that regard,” he said.

“We would like to remind Nunavummiut that government services are open and functional,” the government said in its Nov. 12 statement, adding that the GN can be reached by phone, fax and voicemail.

All information on government programs and services is available online, the GN said.