“It has made for a better bill for the inmate population” 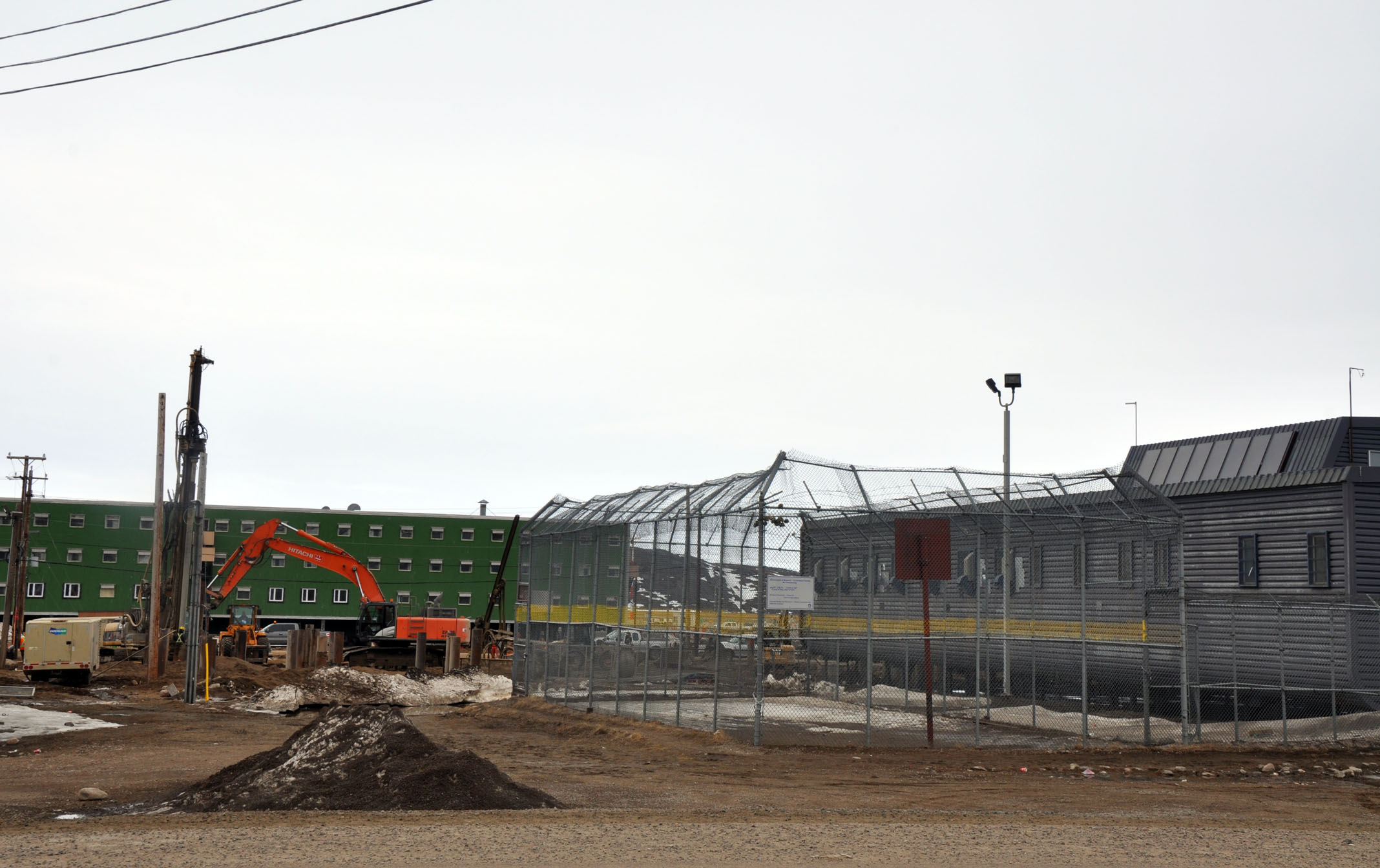 Construction is now underway in Iqaluit of the new Qikiqtani Correctional Healing Centre, which will replace the controversial Baffin Correctional Centre. (Photo by Sarah Rogers)

The Government of Nunavut says its new corrections legislation is more transparent, Inuit-focused and responsive to the needs of inmates in the territory.

One of the main pieces of the legislation is the creation of a new investigations officer, responsible for review and oversight.

The legislation also provides for new limits on segregation, counselling for inmates by elders and reporting on disciplinary hearings.

Nunavut’s new corrections act was a long time coming; it was originally inherited from the Northwest Territories where it was first drafted in the early 1970s.

The GN launched consultations in 2016 to gather input to draft its own act.

But once the proposed legislation was introduced to the legislature in 2017, it died on the order paper when the assembly dissolved before the territorial elections that year.

The re-introduced legislation is largely the same bill that was introduced two years ago, with an emphasis on grievance procedures and Inuit Qaujimajatuqangit, said Bill MacKay, deputy minister of Justice.

“The process has taken a while, but we had a lot of input over the course of the last few years,” MacKay said.

“At the end of the day, it has made for a better bill for the inmate population and for Nunavummiut as a whole.”

But it will take some time to see the results of the new legislation, which won’t come into effect until the new investigations officer and deputy officer roles are filled. That will likely take a year, MacKay said.

Both of those positions will provide oversight independent of the GN, though their decisions will be referred back to the director of corrections to ultimately act on.

Officers can review and make decisions on inmates in administrative segregation, which can either be imposed by corrections staff or requested by inmates for safety reasons, as well as in cases of disciplinary segregation, which are decided as a result of a hearing.

Inmates can then ask for a review on those decisions. While there was previously no set timeline for when that review would have to happen for inmates in disciplinary segregation, notice must now be given within a 24-hour period.

Among the other reforms introduced in the new bill are the following:

• a requirement to produce annual reports, including information on disciplinary hearings

• a minimum amount of Inuit-focused programming, including the availability of elders for counselling as requested

• the creation of an Inuit Society Values Committee, whose members would be appointed based on nominations from Inuit organizations, to guide the use of Inuit Qaujimajatuqangit

Because the previous legislation came from Northwest Territories, it wasn’t Inuit-focused, MacKay said. Now all corrections policies and directives must be reviewed by that committee.

“We wanted to make sure that it was a key part of this legislation,” he said.

You can see the new Corrections Act here.