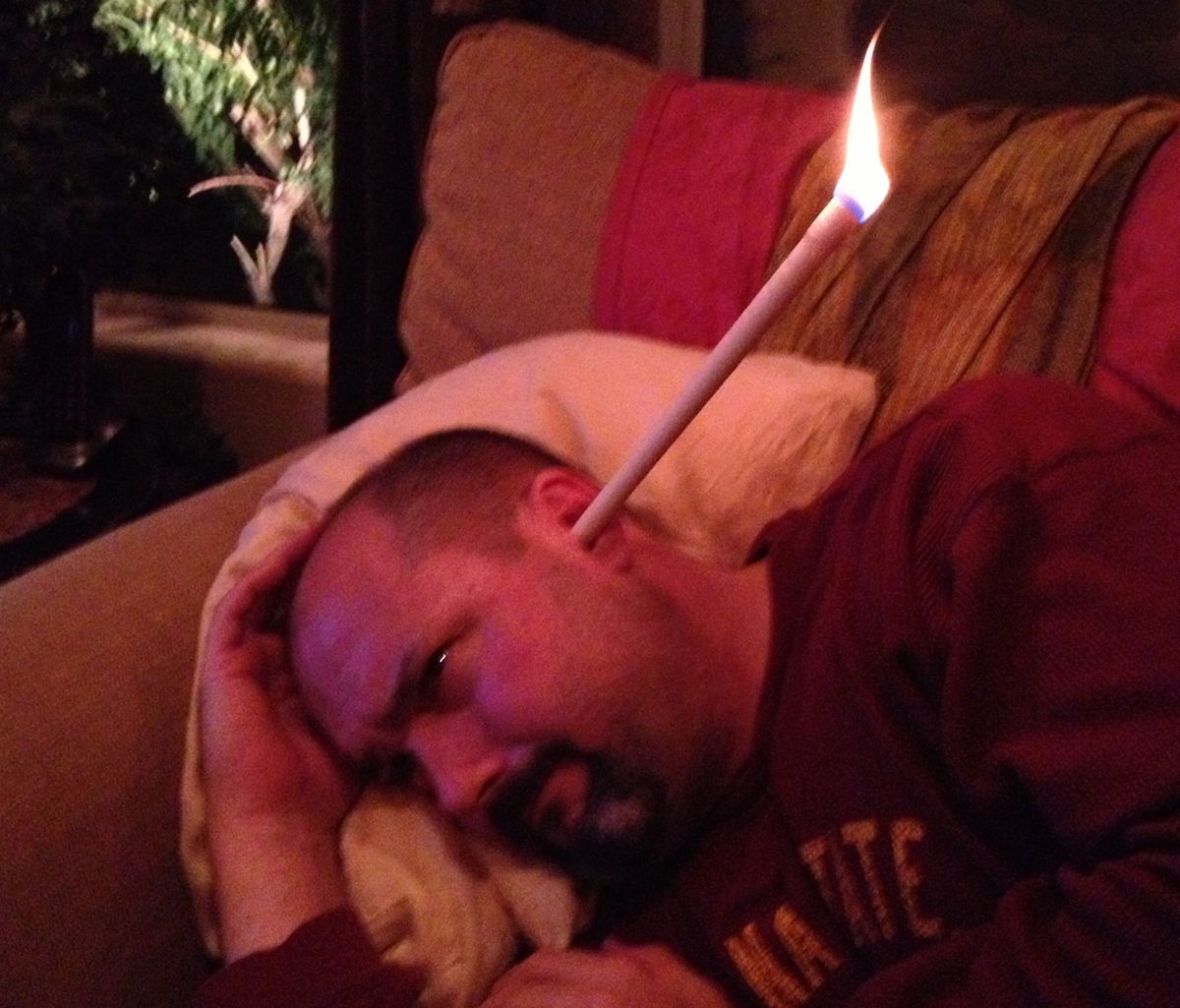 This photo shows a man using an ear candle. Nunavut’s Department of Health is cautioning residents that ear candles have no proven medical benefits, and their sale for medical reasons is illegal. The warning was prompted by the sale of ear candles on social media in the Kivalliq region. (Photo by Scott Ferguson/Wikipedia Commons)

The Department of Health is warning Nunavummiut about the dangers of ear candling.

That is a practice that involves placing a hollow candle, the far end of which is lit, into the ear canal, with the aim of dealing with problems such as a buildup of ear wax, earache and sinus infections.

“Ear candling can be dangerous and provides no proven medical benefits,” the department said in a news release issued on Friday, Aug. 28.

Risks associated with ear candling include the following:

The warning was prompted by the sale of ear candles on social media in the Kivalliq region, according to the news release.

The Department of Health encourages anyone who is concerned about ear wax or other conditions to visit your local health centre to discuss safe and effective treatments.