The EU is looking to diversify its sources of key minerals used in modern technologies. Greenland can supply most of what it needs. 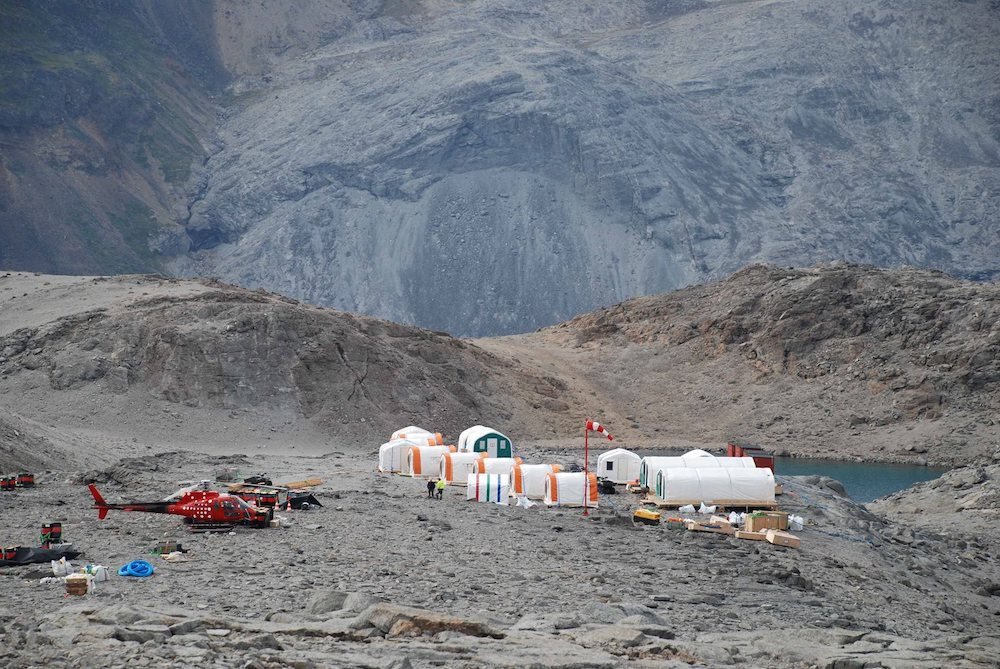 Killavaat Alannguat (Kringlerne) in southern Greenland is reputed to contain some of the world’s largest deposits of rare earths. (Tanbreez)

Greenland has signed on to a multi-billion-euro European Union effort to promote mining projects that will help the bloc secure supplies of 30 strategic raw materials that today come from a select handful of often adversarial countries outside Europe.

Joining the European Raw Materials Alliance comes at a time when Greenland’s government, Naalakkersuisut, is seeking to make it clear that it is a mining-friendly country, despite the new ruling coalition’s staunch opposition to mining uranium and other radioactive materials.

“Naalakkersuisut gives high priority to the mining industry,” said Naaja H. Nathanielsen, the new government’s minister responsible for housing, infrastructure, minerals and gender equality in a release announcing the move last week. “Developing the industry is desirable because it helps to diversify Greenland’s economy for the benefit of the people of Greenland.”

Unveiled last year, the 450-member European Raw Materials Alliance is coordinating investment and providing seed money for European mines and processing plants as well as related industries, such as magnets. It initially received €10 billion ($12 billion) from the European Commission.

Most of the materials identified by the EU as critical can be mined in Greenland, but it is the island’s rare earths — a group of minerals that are necessary for most modern technologies — that the union is looking to secure as quickly as possible.

That is because, according to EU projections, the bloc’s demand for rare earths will increase as much as tenfold by 2050, the year in which it hopes to become carbon-neutral. To accomplish that goal, it is looking to increasing its use of electric vehicles and expand its energy storage capacity in order to be able to make more efficient use of renewable sources of power.

By 2025, the EU would like to be able to produce all of the modern batteries it needs for energy storage within the union’s borders, but with China supplying 98 percent of the key materials needed for these products, according to EU statistics, it is desperate to find new suppliers.

“We cannot afford to rely entirely on third countries – for some rare earths even on just one country,” Thierry Breton, the European commissioner responsible for development of the union’s single market for goods and services, said last year in connection with the introduction of the alliance. “By diversifying the supply from third countries and developing the EU’s own capacity for extraction, processing, recycling, refining and separation of rare earths, we can become more resilient and sustainable.”

At the time, Breton pointed to the supply disruptions caused by the pandemic as a warning of the risk of what he labelled “unwanted dependencies.”

In addition to the Greenland’s government, several firms with mining interests in Greenland have signed on to the alliance, as have private- and public-sector outfits involved in the Norwegian, Swedish and Finnish mining industries.

Anna Fotyga, a member of the European parliament and the author of a recent foreign-affairs committee proposal calling for Arctic to be given a higher priority in EU foreign policy, urged the commission to make strategic minerals central to its revised Arctic policy, expected later this year.

“Rare-earth minerals are key to the further development of green technology and the fight against climate change, and Europe must cut its dependence on China for these minerals,” she said.