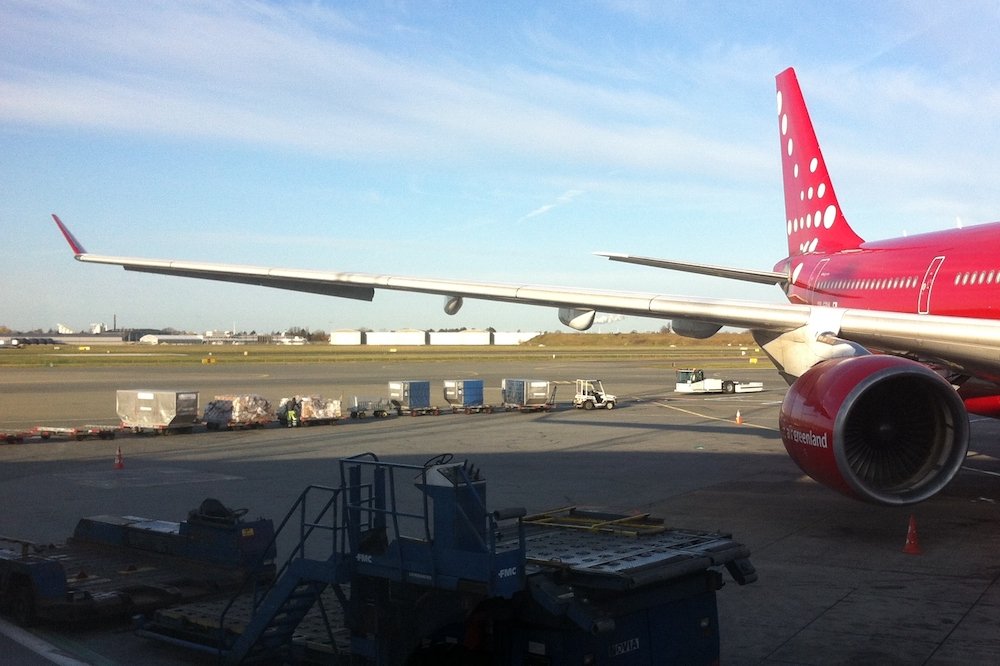 “Norsaq,” Air Greenland’s Airbus A330, which flies its route between Copenhagen and Kangerlussuaq, is prepared for departure in this file photo. (Kevin McGwin)

The prospect of 1,000 people returning to Greenland in the span of five days after spending the holidays in Denmark has led that country’s health authorities to suspend all flights to the country until January 12.

The measure, which took effect on January 2, is being imposed at the same time as the Greenland begins to administer the vaccine against the virus that causes COVID-19, and comes amid high rates of infection in Denmark.

“That entire process would be made much, much more complicated if we were doing it during an outbreak in Greenland. That would be a considerable hindrance to completion of an effective vaccination program,” Henrik Hansen, the chief medical officer, said during a December 30 press conference to announce the measure.

People on official business who test negative for COVID-19 will still be permitted to travel to Greenland. Passengers left stranded in Denmark by the measure will be able to rebook their tickets and receive housing assistance if necessary. But, even after flights to Greenland resume, they will only be permitted to carry 150 passengers at a time.

“These measures are being taken to protect Greenland from widespread, uncontrolled COVID-19 transmission, and keep us from having to impose lockdowns in Greenland,” Premier Kim Kielsen said.

Health authorities have since early December urged people not to travel to or from Greenland during the holiday season. Currently, the only flights to Greenland originate from Copenhagen, which has the highest rates of infection in Denmark — a country that in recent weeks has seen record numbers of cases.

Greenland has seen only isolated cases of COVID-19. All of them have been related to travel to and from Denmark, which has led health authorities to underscore repeatedly that stopping widespread infection in Greenland means preventing the virus from arriving from Denmark.

Passengers must test negative before being allowed to travel to Greenland, but, despite the measure, several people travelling to Greenland before Christmas tested positive after arriving.

“We saw before Christmas how many people carrying the illness travelled here. Based on that, we estimated how many cases we would see after New Year’s if we didn’t do anything. It was a large number,” Hansen said.

With Denmark’s vaccination program slowly coming up into gear and hospitals there almost at capacity, Hansen said Greenland health authorities feared they would not be able to ask Denmark to care for patients if it was unable to care for on its own.

“We could soon find ourselves in a situation where we have limited capability to transfer patients. Greenland could find that there just isn’t any room left in the Danish healthcare system,” he said.