Inuit Ataqatigiit opposes the controversial Kuannersuit mine, but says it is equally focused on environment and social issues, and promises stability. 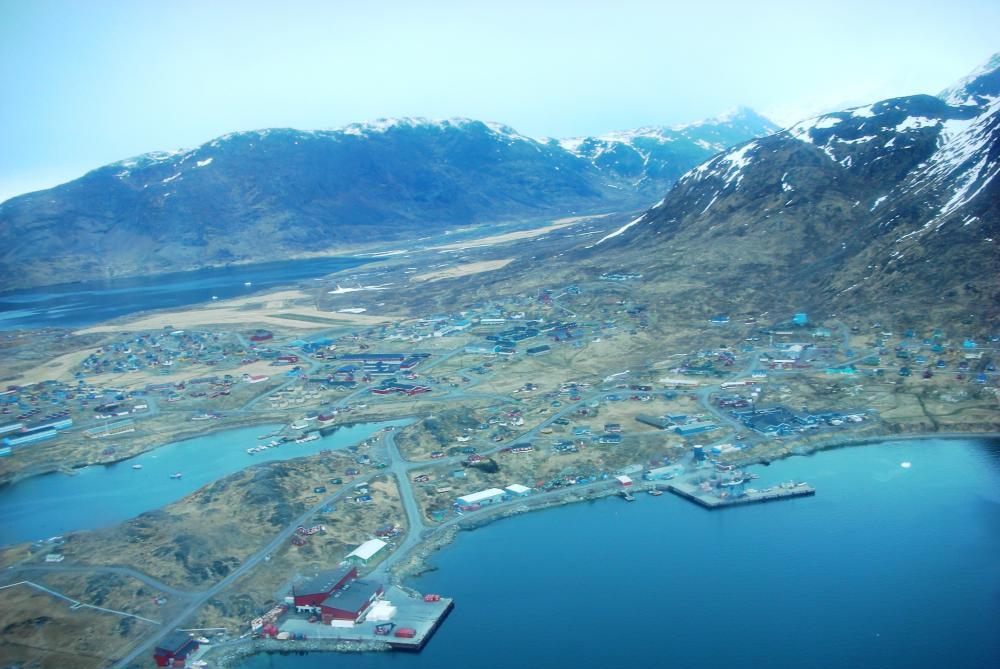 The town of Narsaq in southern Greenland is near the proposed Kuannersuit rare-earths and uranium mine. Inuit Ataqatigiit, the left-leaning winners of Greenland’s Tuesday general election, has been a longstanding opponent of the project. (Image courtesy of Greenland Minerals)

For just the second time in its 40-year history as a self-governing country, Greenland will, in all likelihood, be led by a party other than Siumut. Election results announced early Wednesday morning declared Inuit Ataqatigiit the winner of Tuesday’s general election with 37 percent of the vote.

IA and its leader, Muté B. Egede, must now seek to form a coalition that will give it a majority of the 31-seat Inatsisartut, the country’s national assembly.

IA, which lies to the left of the social-democratic Siumut, held power for a single electoral term, between 2009-2013, as the head of a governing coalition that for a time included Siumut. In the run up to the vote yesterday, Egede, 34, referred to the period as a time of stability in Greenlandic politics, suggesting to voters that the same would be in store for the county should IA be allowed to return to power.

While issues like independence and the fate of the Kuannersuit rare-earths and uranium mine in southern Greenland captured the attention of observers abroad, voters in Greenland showed they were more concerned with social issues and the environment, Egede said in his acceptance speech Wednesday morning.

“Those are the two issues that won the election for us,” he said.

Even so, the mine at Kuannersuit loomed large, particularly in southern Greenland, where voters overwhelmingly supported IA in both the general election and elections to the regional council.

IA has been a long-standing opponent of the Kuannersuit mine, due to concerns that radioactive dust kicked up by its operations will harm the health of residents of the nearby town of Narsaq. Proponents of the mine say it will create jobs, but sheep herders, fishermen and the tourism industry fear that industrial development will cause harm to their activities.

Speaking with the media after the election, Egede said IA would continue to oppose the mine, which is currently in a public hearing phase and must receive approval by lawmakers before it can come on line.

“We need to listen to the voters who are uneasy about Kunannersuit. We are opposed to uranium mining.”

Egede declined to say which party he would approach as a possible coalition partner, although Naleraq, a nationalist party that will control four seats, groomed itself during the campaign as potential kingmaker.

Naleraq leans well to the right of IA, but it is also opposed to the Kuannersuit mine. And, speaking with the Danish media Wednesday morning, Aaja Chemnitz Larsen, a member of IA representing Greenland in the Danish national assembly, confirmed that Naleraq was a potential coalition partner, despite the two parties not seeing eye-to-eye on a range of issues.

Should IA prove unable to form a coalition, Siumut, as the second-largest vote getter, will be given the opportunity to see if it can do so.

While Siumut added votes and maintained its 10 seats in Inatsisartut, the election result failed to resolve a power struggle that emerged within the party in November, when now outgoing premier Kim Kielsen was ousted as party chair.

Jensen had been vying for the premiership as head of Siumut, but Kielsen maintained throughout the campaign that he continued to represent the party, and that, if he earned more votes, he should lead the party in negotiations with other parties over a new coalition.

With reporting by Martin Breum.