Have the ‘hard conversations’ about Indigenous history: Simon 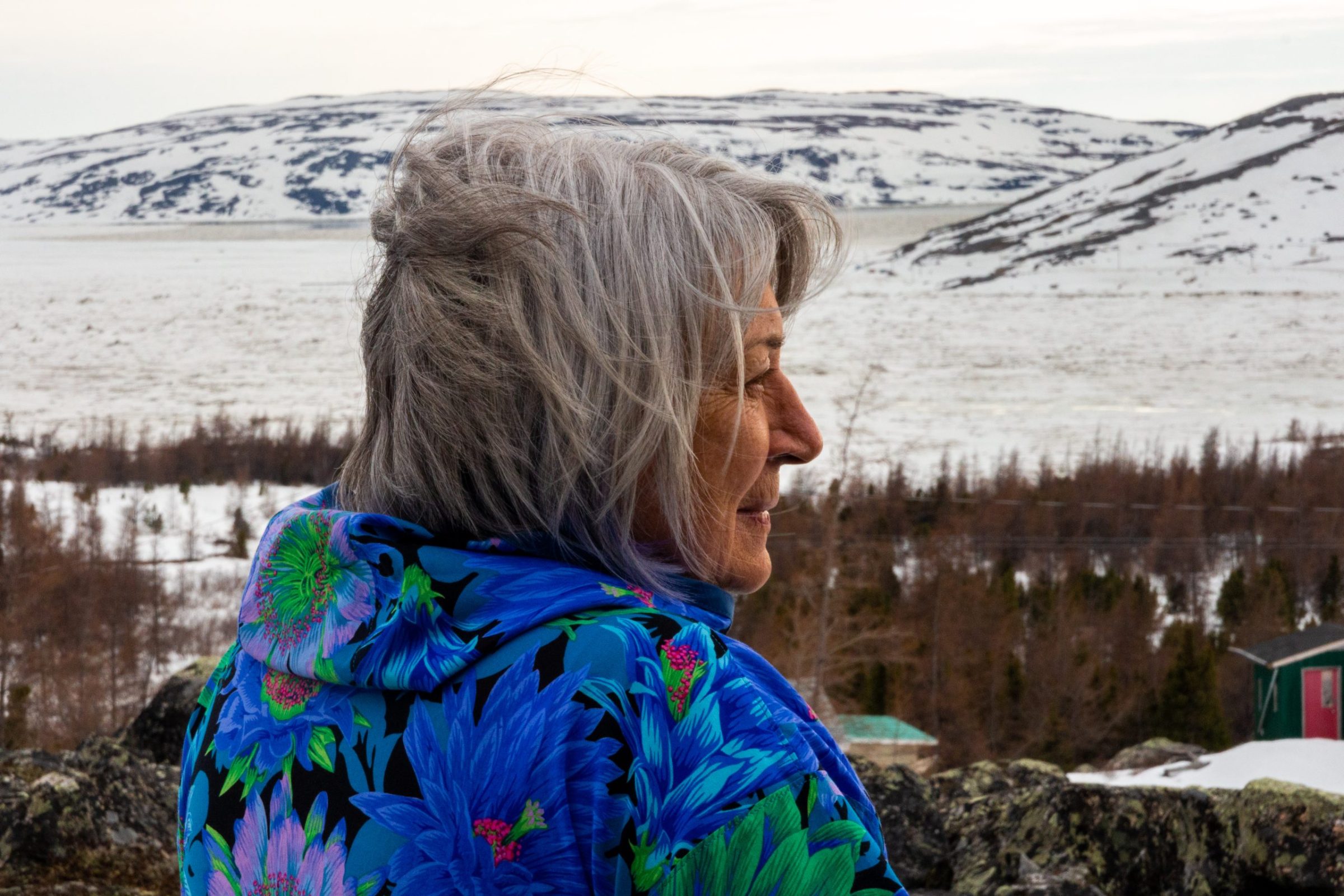 Gov. Gen. Mary Simon looks out over the bay in Kangiqsuallujjuaq during her May 10 visit to the community. On Tuesday, Simon urged Canadians to have a “reflective” National Indigenous Peoples Day. (Photo by Jeff Pelletier)

Governor General Mary Simon marked National Indigenous Peoples Day with a message to Canadians to have a “wonderful and reflective” day, but to not shy away from “hard conversations” on the road to reconciliation.

“During the last year, I have delighted in visiting Indigenous people where they live and work — where culture is thriving and where their contributions to every part of our society is celebrated,” Simon said in a statement Tuesday.

This is the first National Indigenous Peoples Day for Simon since she became Canada’s first Indigenous governor general in July 2021.

“Through the pain, I have seen Canadians from coast to coast to coast open their hearts and minds because they want to be part of reconciliation and the healing process,” she said.

“We all approach reconciliation from different perspectives, and its definition is fluid depending on who you ask. It is important, though, that we make a commitment to continuous and open dialogue, and that we make room for everyone’s point of view.”

A spokesperson for the governor general’s office said in an email to Nunatsiaq News that Simon will attend the opening day of the Summer Solstice festival in Ottawa to mark National Indigenous Peoples Day.

“On this day, and throughout National Indigenous History Month, we recognize the significant contributions of Indigenous Peoples in shaping our country into what it is today and moving toward a brighter and stronger Canada as shared partners,” he said.

“Being the longest day of the year, it is also the day that has the most light. As we continue to shine light on the hard truths of the past, let us also shine a light of hope for the future.”