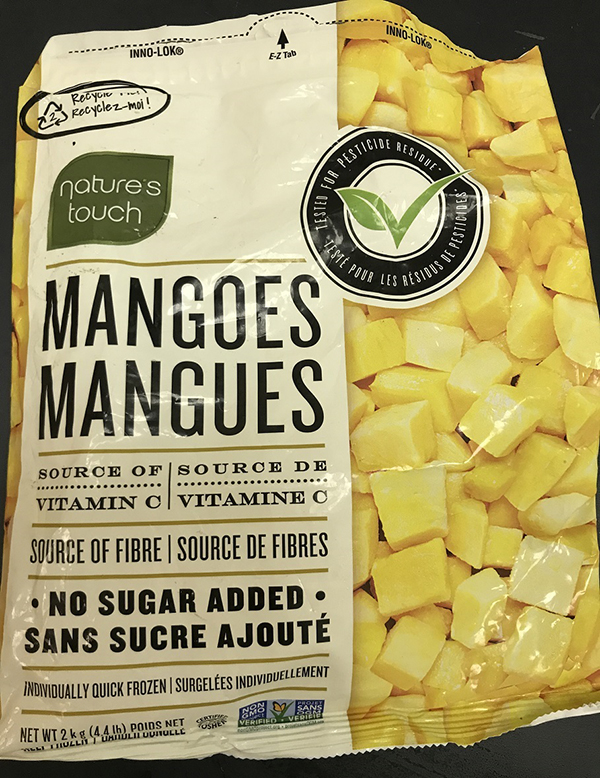 The Canadian Food Inspection Agency is urging people to check their prepackaged frozen mangoes before eating them because the food could be contaminated with Hepatitis A.

Nature’s Touch Frozen Food Inc. recalled several frozen mango products marketed by President’s Choice, Compliments, Irresistibles and Nature’s Touch, according to the agency. There is a possibility these products were distributed nationally.

“Food contaminated by the Hepatitis A virus may not look or smell spoiled,” states a public health advisory from the agency, which was distributed by the Nunavut Government Wednesday.

Symptoms of a Hepatitis A infection include fever, low appetite, nausea, vomiting, diarrhea, muscle aches and jaundice, which is the yellowing of the whites of the eyes and skin. The virus can also cause inflammation of the liver.

The food inspection agency says this type of infection does not result in chronic liver disease. It’s usually a mild illness that appears 15 to 50 days after contaminated food is eaten.

The recall was triggered by an investigation into a food-borne illness outbreak, states the food inspection agency, although the advisory did not say where the outbreak was.

“There have been reported illnesses associated with the consumption of these products,” states the advisory.

People who find recalled packages of frozen mangoes in their home should either throw them out or return them from where they were purchased.

Anybody who thinks they may have become ill after eating frozen mangoes should call a doctor.