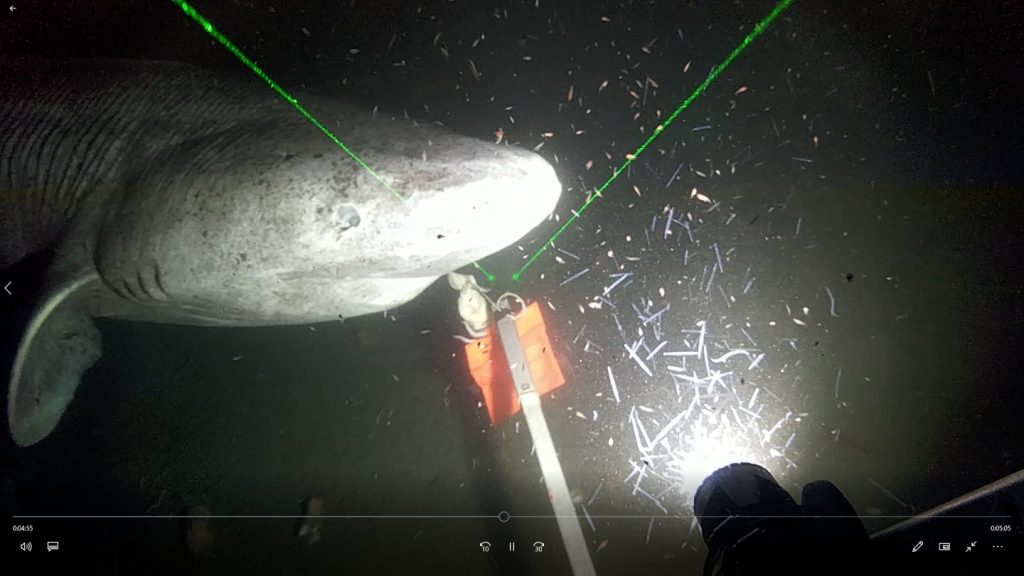 By Jonathan A. D. Fisher
The Conversation

That famous line from the 1975 film Jaws makes me smile, for a couple of reasons, as I wrap up 26 days aboard Canada’s largest research icebreaker, the Canadian Coast Guard Ship Amundsen.

First, I have been collecting new video data to understand the distribution, abundance and behaviours of the largest, slowest and oldest fish in Arctic waters — the elusive Greenland shark.

Second, although shark science was one of many mission objectives achieved during these past four weeks, thankfully, we did not need a bigger boat. The 98-metre-long CCGS Amundsen comfortably accommodated 41 crew, 34 scientists and allowed us to safely complete more than 250 scientific operations at sea, across 4,589 nautical miles (about 8,500 kilometres) between Resolute, Nunavut and Quebec City.

The dedicated science mission of the Amundsen provides an unequalled opportunity to collect baseline data and characterize the dynamics within the rapidly changing eastern Canadian Arctic and sub-Arctic marine regions.

One ship, many goals

The scientific objectives for this Arctic mission were far-ranging. Collectively, our research covered more than three months—from May 30 to Sept. 10, 2019—and involved more than 150 scientists at sea. 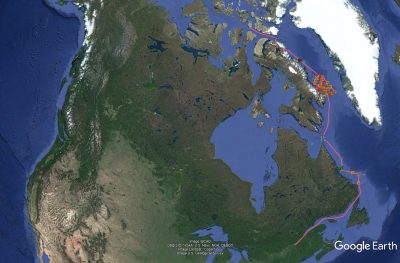 The route between Resolute and Québec City. (Author provided)

Throughout the water column, scientists dropped oceanographic sensors and programmed bottles to collect water samples to quantify the physical conditions and nutrients needed to fuel the tiny marine plants called phytoplankton at the base of marine food webs.

Nets, lowered as deep as 2,000 metres, or towed near the surface, captured the zooplankton and small fishes that consume that phytoplankton. Sometimes sleep waited until the next transit, as these operations were repeated nearly non-stop under the midnight sun to maximize our time at each sampling station.

At the seabed, boxcores scooped up mud as well as sea stars and other organisms living in and on the bottom of the seafloor.

Larger nets collected fish, allowing scientists to estimate fish abundances and biodiversity that will contribute to the assessments of Arctic fisheries and their ecosystems, and give scientists and policy-makers a better idea of what’s in the ocean and how it’s changing.

All this biological work was complemented by high-resolution seafloor mapping that will help vessels navigate and identify submarine geo-hazards near northern communities. Many expect more ship traffic in the Arctic, as the sea ice thins and melts, even though the charts are currently inadequate and extensive shallow areas are poorly mapped.

Geologists pulled sediment cores from the sea floor that will reveal the geologic history of the Arctic. Scientists on board also looked for traces of human influence in the Arctic, with a focus on contaminants, such as organic pollutants and plastics in the water and marine species, and tried to decipher the potential impacts of oil spills on the Arctic ecosystem.

As a fisheries scientist, this mission has been somewhat of a study in contrasts for me. Much of my (and my camera’s) focus has been on long, old Greenland sharks that can reach lengths greater than six metres and live for more than 270 years.

The video system allows us to identify individuals and the number of sharks locally without the use of hooks or nets, and to reveal their habitats and determine what other species they interact with.

But I have spent as much time on the Amundsen working with a team from Laval University quantifying the composition, abundances and distributions of zooplankton and fishes.

We hauled five types of sampling nets deployed 70 times on a 24-hour schedule. It was, at times, exhausting work made easier by dedicated colleagues and great meals.

That has meant sorting, measuring and photographing thousands of tiny larval fish whose numbers and characteristics will set the stage for future adult populations.

One focus has been on the Arctic cod, a species whose superabundance and dominance across Arctic waters makes it a key link in the food chain between its zooplankton prey and marine mammals, birds and larger fishes that all serve as its predators. 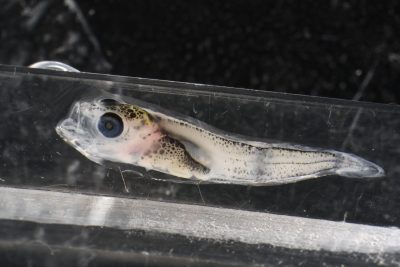 Arctic cod are key to the survival of many Arctic species, yet it is also sensitive to changing environmental conditions. Understanding the dynamics of Arctic cod within the upper, sun-lit surface waters is important for forecasting changes to the structure and functioning of marine ecosystems across these waters in the future.

The detection of southern species in Arctic waters is one obvious indicator of change, but characterizing their interactions with resident species is one wild card dealt by changing ocean conditions.

The eastern Canadian Arctic is changing at a rapid pace in a national or global context, leading to new conditions faced by northern communities and ecosystems.

There is a growing scientific base of information in this region that can be used to inform decisions and policy.

But new questions are emerging about transportation, fisheries, diversity and oceanographic changes, and their impacts on Arctic communities and industries. For me, this mission has demonstrated the need, and opportunity, to tackle so many research questions at once.

Jonathan A. D. Fisher is a research scientist at Memorial University of Newfoundland