“We think it will be worth the wait” 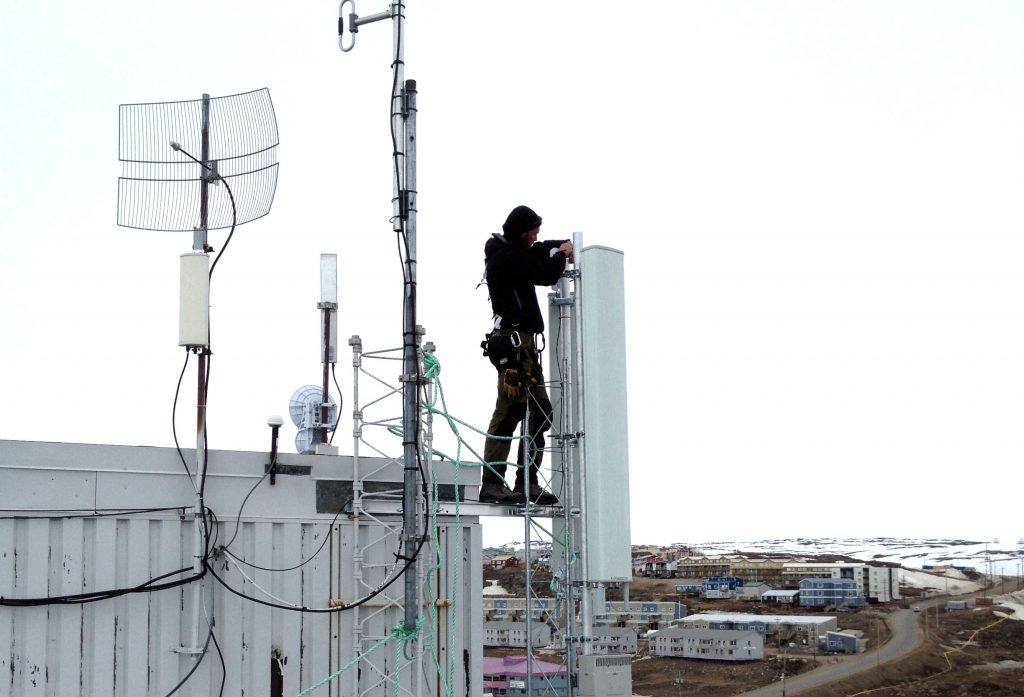 An Ice Wireless field technician installs wireless equipment at its facility in Iqaluit. The company just launched cellular service in Quaqtaq, the first of Nunavik’s 14 communities to get its 3G LTE service. (Photo courtesy of Ice Wireless)

Nunavik’s long-awaited cellular service has finally arrived, at least in one community.

Ice Wireless launched its new 3G LTE mobile service on March 19 in Quaqtaq. It’s the first of Nunavik’s 14 communities to get on the new network.

Ice Wireless, which already operates in Iqaluit, plans to offer cellular service throughout Nunavik, with national and international roaming, through its parent company, Iristel.

“This launch is part of our 3G LTE roll-out to all 14 communities of Nunavik,” said Cameron Zubko, chief operating officer of Ice Wireless. “I think having access to wireless services will change people’s lives and help them stay connected to each other and the world.”

As of this week, the Ungava Bay community of 400 has access to mobile plans as low as $9 a month for voice-only plans, as well as smartphone plans, including roaming, starting at $59 a month.

The company has local agents in Quaqtaq who have already signed up a number of new customers.

But Tamaani has run into some issues with its software while bringing on board the new cellular service provider.

For now, there is no set timeline for when and where Ice Wireless’s service will be expanded in the region.

“What I can say is that we will be rolling out to all the communities in 2019,” Zubko said. “We will be going one community at a time.”

Zubko said Ice Wireless has been working in Arctic communities for many years now, and its services are specifically designed for the North, though it still faces challenges with the technology.

“The complexity of providing this type of service in such a remote region, including the complexity of delivering it by satellite, has contributed to some delays in this project,” he said.

“But we’re very happy with the final result and we think it will be worth the wait.”

Nunavik is one of the very few remote areas in Canada still without cellular and mobile data services, apart from another local cellular service offered in Kuujjuaq.

Customers can have a look at plans at icewireless.com.