Iglu Donairs only the beginning for Rankin Inlet chef 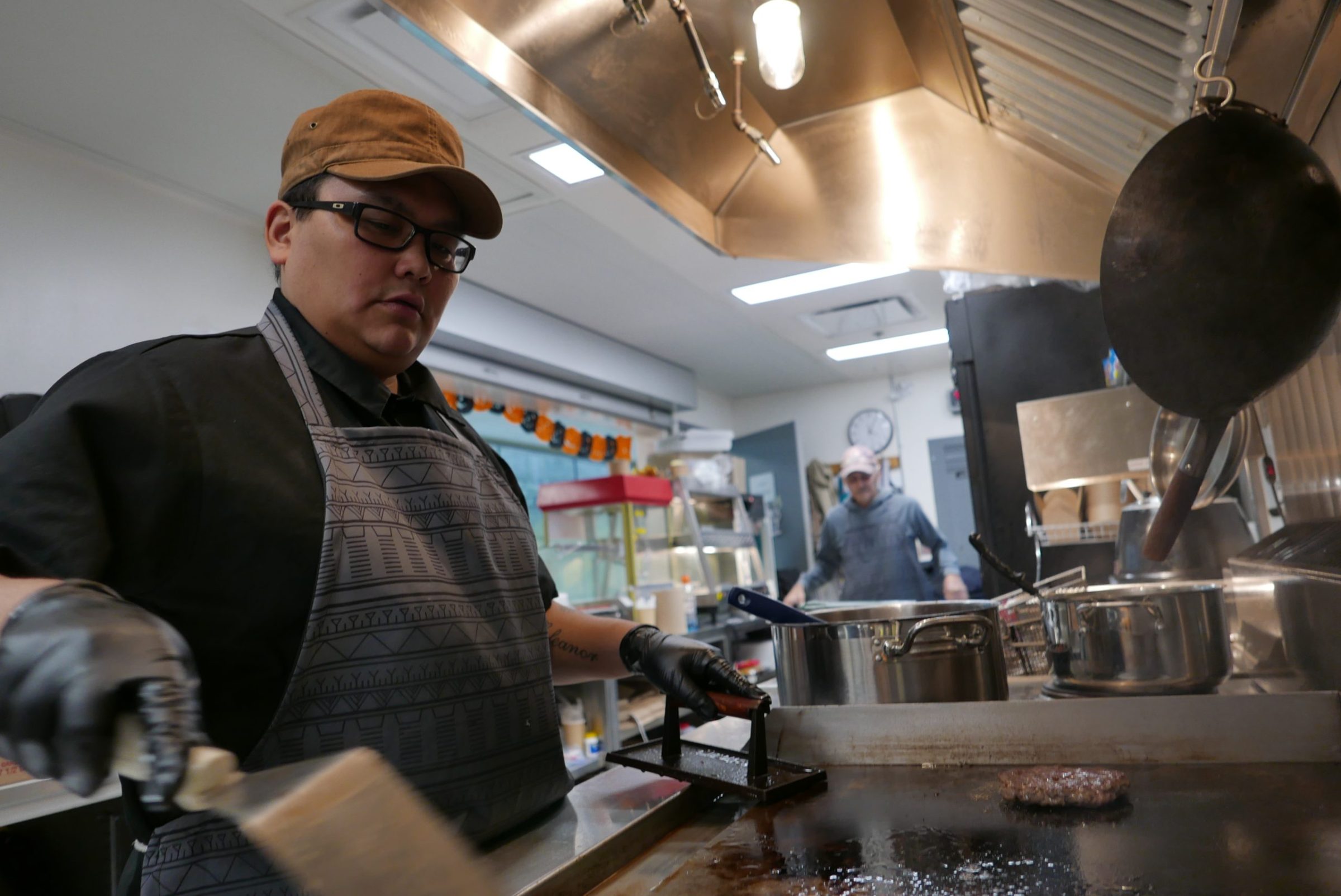 John Niakrok, owner of Iglu Donairs, flips a burger during off-peak hours at his arena canteen on Oct. 21. (Photo by David Venn)

For most people, donairs are just tasty. For John Niakrok, they are a career opportunity.

Niakrok spent nine years working as a corrections officer in Rankin Inlet. The job was difficult, hours sporadic, and he didn’t get to see his two children, ages seven and three, as much as he wanted to.

On his days off, he doubled as a chef, cooking for the residents of Rankin Inlet — a passion of his.

He made donairs, steak sandwiches and Indian tacos, among other dishes, and people would pick it up from his house. And they loved it. Batches of 40 donairs could sell out in two hours. 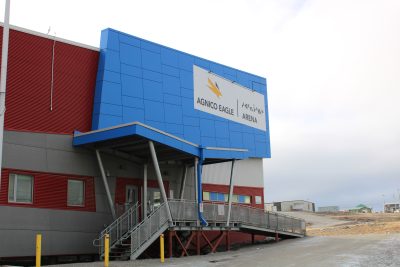 So when he saw the hamlet post an opening last year for a contractor to run a restaurant out of Rankin Inlet’s Agnico Eagle Arena, he looked at it as a new opportunity, a way to build upon his business.

“I made a big step and wrote up my resignation letter,” he said of the move.

“I needed a change and I was starting to not enjoy my job. It was a tough decision to make, but I’m happy where I am right now.”

Even with running his own business, he said he now has more time with his family.

“It was a tough job, corrections,” he said. “I missed out on a lot with my family because of shift work.”

Business has been good, he said, especially when the hamlet hosts hockey tournaments in the arena.

In September, during this fall’s Kivalliq Trade Show, Iglu Donairs had to close to the public as it handled its first large catering order.

This, he hopes, is just the beginning. His contract with the hamlet runs until 2024, with the option to extend it until 2025. After that, he said, he wants to have his own restaurant.

“I’m hoping to have a solid business plan in a couple years and hopefully open up my own place and start from there,” Niakrok said, before frying up a bacon cheeseburger with no tomato or onion.

Correction: This story has been updated to correctly reflect how many years John Niakrok worked as a corrections officer.