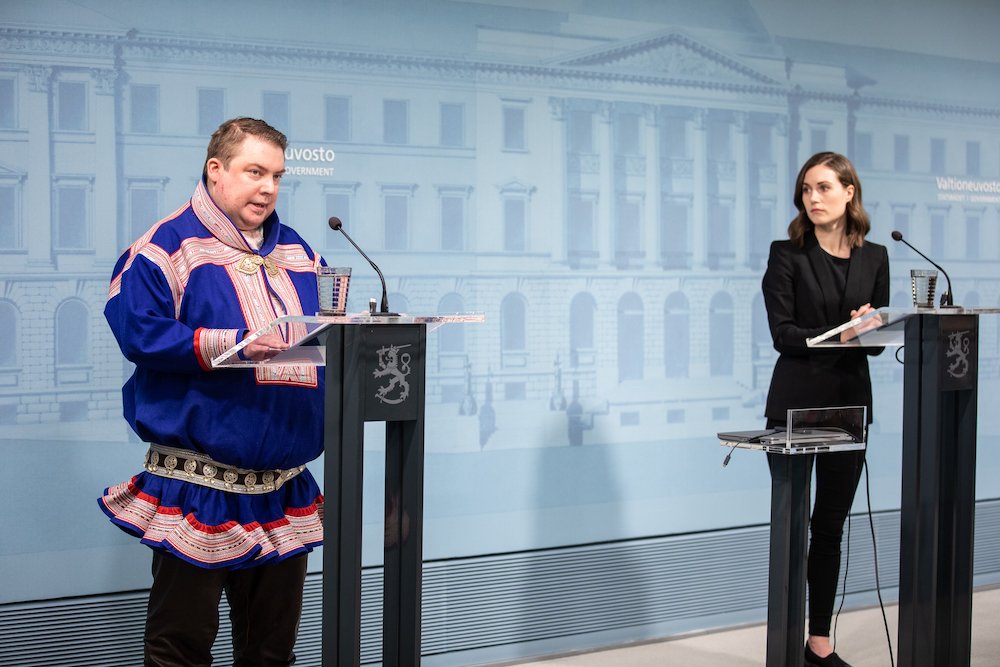 Finland’s prime minister Sanna Marin on Thursday announced that her government had given the go-ahead for a truth and reconciliation commission to begin its work of uncovering injustice and discrimination experienced by the country’s 10,000-strong Sámi population at the hands of the state.

“Only by understanding what the Sámi have experienced can we truly find solutions for the future,” Marin said during a press conference.

Spread across Norway, Sweden, Finland and Russia, the Sámi in all four countries have been subject to assimilation policies that have resulted in the erosion of the group’s culture.

The Finnish constitution recognizes Sámi rights, and the state has some measures in place to involve the Sámi in decision-making processes for activities such as mining and logging that could affect their reindeer-herding activities. Still, some Sámi say it feels that important decisions affecting them are made without their full input.

The formation of the new commission has involved the participation of Sámi groups, including the Sámediggi, the Finnish Sámi assembly, and has had to overcome distrust among Sámi about whether Finnish officials were working in good faith.

Preparations for the Finnish commission began in 2017. It draws its inspiration from the experience of Canada’s truth and reconciliation commission. Norway convened a similar commission in 2018, and Sweden has been discussing the details of one since 2015.

The independent Finnish commission is made up of three of Sámi-appointed members and two members appointed by the government.

“Today marks the start of an important undertaking to investigate the discrimination experienced by the Sami and the consequences of state assimilation policy. There are still barriers to the recognition and implementation of the rights of the Sami as an Indigenous people in Finland,” Tuomas Aslak Juuso, the Sámediggi president, said.

In addition to looking into past injustices, the commission, will seek to identify ways to ensure that Sámi land-use rights are respected.