“We are often told that we lack capacity, but it’s not true…. What we often lack is the infrastructure and means to cultivate it and release it” 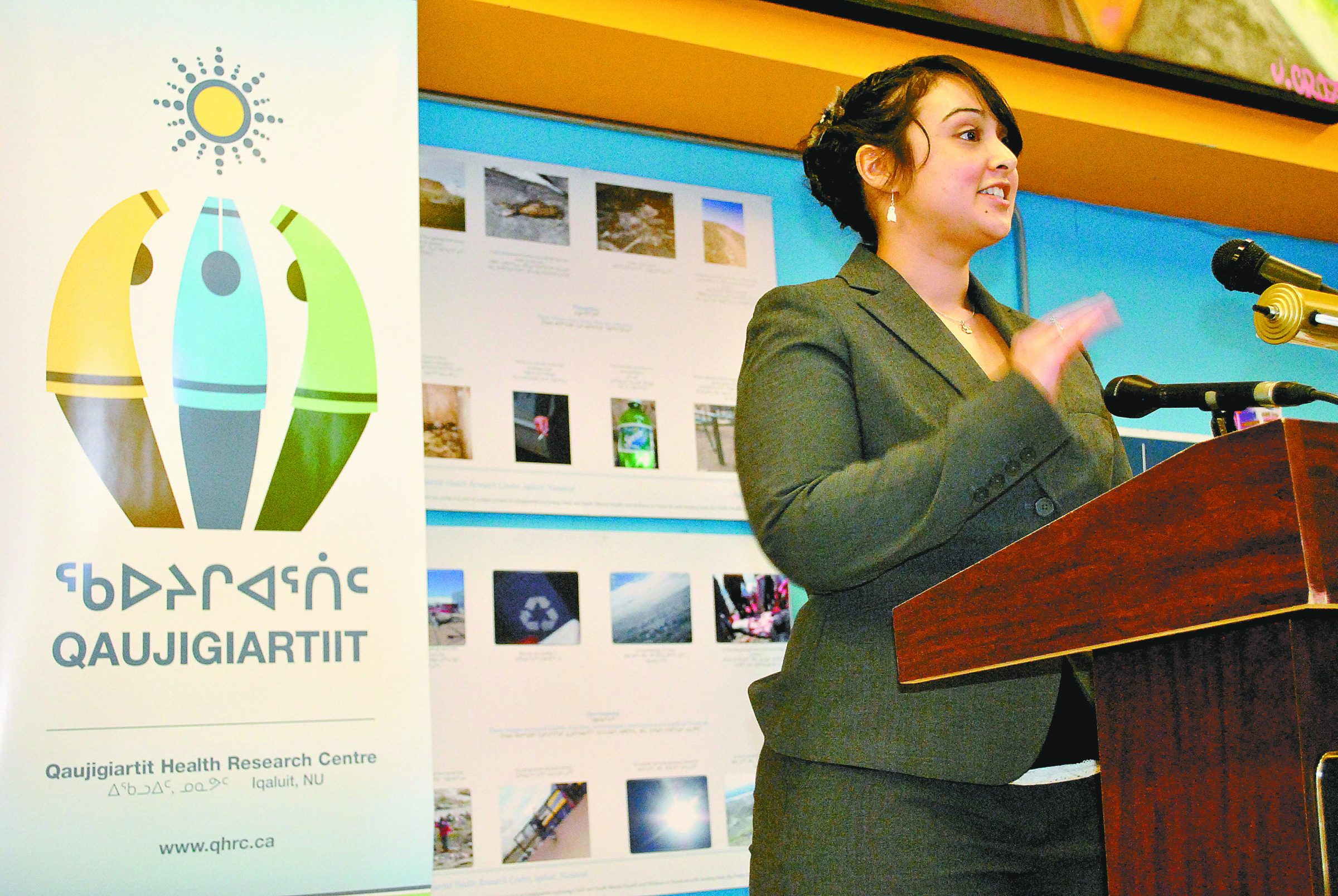 Gwen Healey Akearok, executive director of the Qaujigiartiit Health Research Centre, is working with other Nunavut organizations on a proposal to create a new centre for Indigenous health research in the territory. (File photo)

There’s a push underway to create a new centre for Indigenous health research in Nunavut.

It’s part of the federal government’s plan, announced by Health Minister Ginette Petitpas Taylor on July 16, to establish a national network of nine such centres across the country, through the Network Environments for Indigenous Health Research, or NEIHR, program.

One of those centres would be located in Nunavut, according to the federal announcement.

Gwen Healey Akearok, executive director of the Qaujigiartiit Health Research Centre, says that her organization is involved in putting forward a proposal to tap this new federal money, by collaborating with other community-based organizations to create a Nunavut NEIHR.

“This will allow us to elevate Inuit innovation and approaches to health and well-being within the territory—and also to a national and international audience,” Healey Akearok said in an email to Nunatsiaq News.

“We are leaders in many areas. We are often told that we lack capacity, but it’s not true. We are brimming with capacity. What we often lack is the infrastructure and means to cultivate it and release it.”

Qaujigiartiit, which has led or partnered on more than 50 health and wellness research studies in the past 15 years, would focus on “leadership on ethics, community health, and health research methods, as well as student/trainee coordination and overall administration,” said Healey Akearok.

The proposal would also support research already being undertaken by several other Nunavut organizations:

• Ilisaqsivik, based in Clyde River, for “health and well-being outcomes of land-based programs for youth and adults.”

• Qaggiavuut!, based in Iqaluit, for “the social, emotional, and mental health outcomes of arts-based interventions and programming for children and adults.”

• Aqqiumavvik, based in Arviat, for “leadership on Inuit Qaujimajatuqangit in health and well-being, as well as Inuit methods and approaches.”

Taylor said her government plans to spend $100.8 million over 16 years on the project, and that this represents the largest single investment made by the federal government in Indigenous health research.

Individual grant recipients are eligible to receive $700,000 per year for five years, with the possibility of up to two renewals, said Carrie Bourassa, scientific director of the Institute of Indigenous People with the Canadian Institutes of Health Research.

The proposed Nunavut NEIHR would be governed by a group that includes members of the hub sites, as well as Nunavut Tunngavik Inc, youth and community members, said Healey Akearok.

“We have also established a number of partners and collaborators for this NEIHR, including the Nunavut Research Institute, the Nunavut Arctic College, Government of Nunavut departments of Health and Family Services, Nunavut Tunngavik Inc., and Makigiaqta Corporation,” said Healey Akearok.

“This is an incredible opportunity to bring all our various initiatives together in support of Inuit students and trainees now and into the future.”

The deadline for applications to the NEIHR program is Sept. 4.