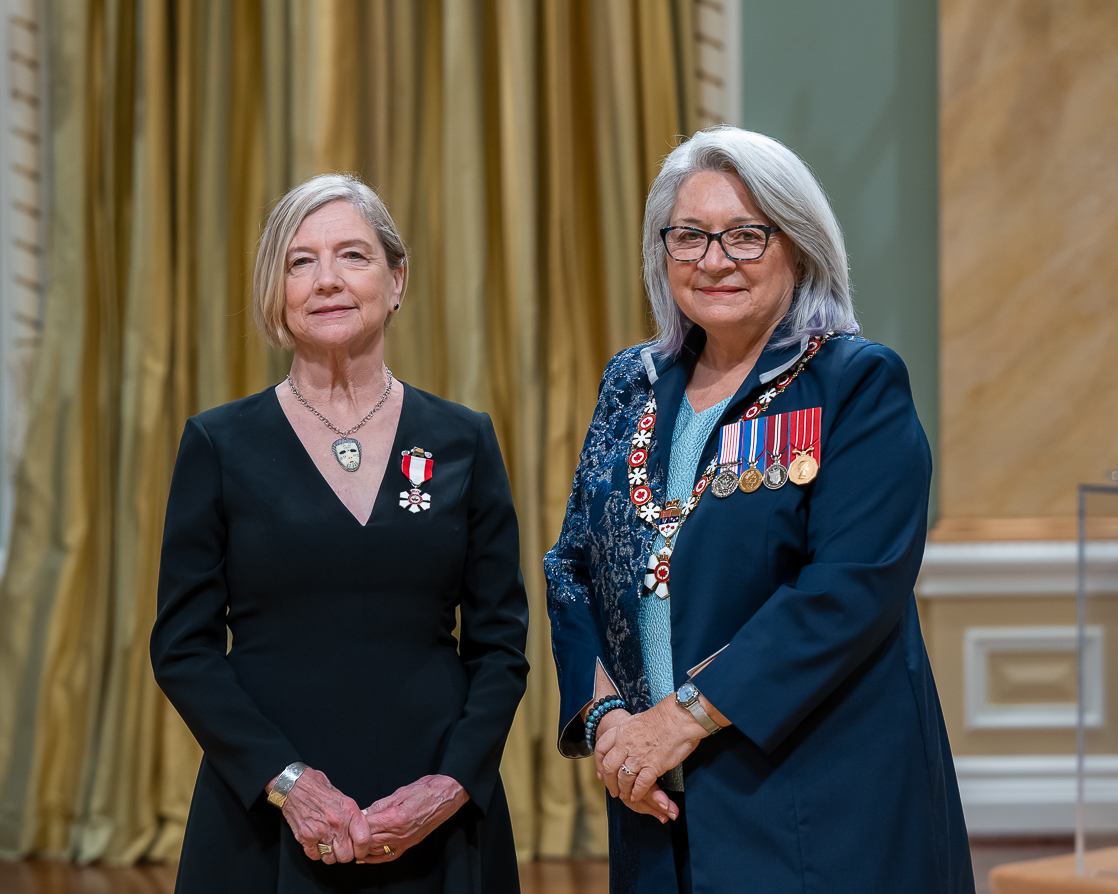 Inuit art advocate Patricia Feheley, left, receives her appointment to the Order of Canada from Gov. Gen. Mary Simon in a ceremony at Rideau Hall on Thursday. A longtime gallery director in Toronto, Feheley has spent her career pushing for Inuit art to be recognized as fine art. Her investment to the order was announced in December. Thursday’s ceremony inducted a total of 42 new members to the Order of Canada, widely considered to be the country’s highest civilian honour. (Photo courtesy of Sgt Mathieu St-Amour/Office of the Governor General)