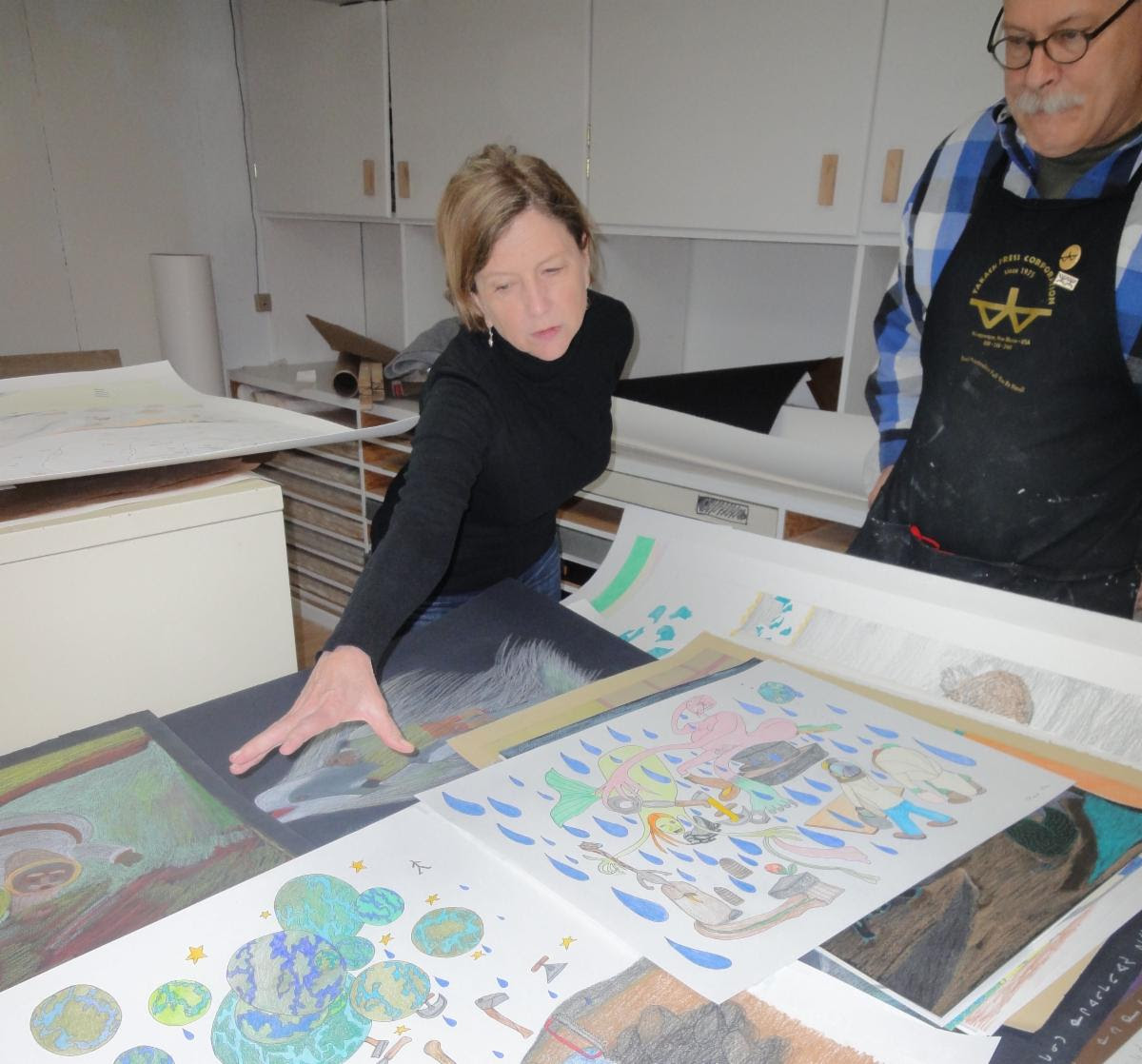 Patricia Feheley, a Toronto art dealer who advocated for Inuit art to be considered fine art, was named to the Order of Canada when Gov. Gen. Mary Simon named 135 people to Canada’s highest honour in a year-end list of appointments. (Photo courtesy of Feheley Fine Arts)

Pat Feheley’s love for Inuit art started when, as a little girl, her dad took her to Kinngait in 1969.

“Going up at an early age, I discovered I loved the land. Since then I’ve made some amazing friendships over the years,” Feheley told Nunatsiaq News from her home in Toronto.

Feheley is one of the newest recipients of the Order of Canada for her promotion of Inuit arts over four decades. She was named to Canada’s highest civilian honour when Gov. Gen. Mary Simon made 135 year-end appointments on Wednesday.

“If I have done anything over the years, I’d say I did my best to be a catalyst for bringing Inuit artists to the forefront of visual arts in Canada,” Feheley said.

She is the director of Feheley Fine Arts in Toronto, a studio space that has hosted “I don’t even know how many” solo exhibits of Inuit artists over the years, Feheley said.

Her father, Budd Feheley, was an early qalunaat collector and advocate for Inuit art in the 1950s.

Feheley finished her undergraduate degree in art history from Queen’s University in 1974 before completing her master’s in museology at the University of Toronto in 1979.

Since then, Feheley turned her father’s side business into a full-fledged business in Toronto, including gallery space and curatorial services.

“I spent most of my career in the early days making sure Inuit art was accepted as fine art,” Feheley said.

In the ’70s, most museums and galleries refused to show Inuit art, she said.

“I think to a great degree it had to do with misinformation and the fact that art historians were then very western-art-centric,” Feheley said.

But over the four decades of her career, Inuit art has achieved national and international recognition, she added.

“The fact is, the Inuit artists who are working today and who’ve been working over the last couple of decades are absolutely brilliant, with or without anyone promoting it,” Feheley said.

She is quick to deflect credit, saying that her main focus has been to provide an avenue for worthy Inuit artists to have their work shown and get the name recognition they deserve.

“There’s just an extraordinary amount of Inuit artists who are brilliant and fantastic. I didn’t do anything to make that happen, it’s all about them,” Feheley said.

Awards given to the likes of Annie Pootoogook, Tanya Tagaq and Matthew Nuqingaq have established the value of Inuit arts on the national stage, she added.

“I find this a very humbling experience,” she said about receiving the Order of Canada.