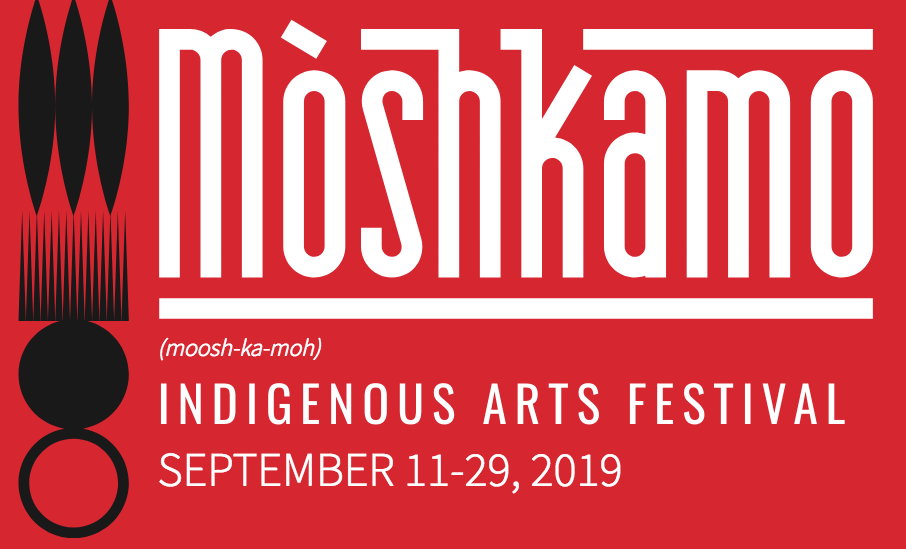 Mòshkamo, the National Arts Centre’s Indigenous arts festival in Ottawa, will run from Sept. 11 to 29. (Screenshot)

Ottawa’s National Arts Centre is celebrating the launch of its Indigenous theatre department with Mòshkamo, a festival featuring Indigenous artists, from Sept. 11 to 29.

While the festival has a large focus on Algonquin First Nations, there’s plenty of Inuit talent taking the spotlight: names like Susan Aglukark, Riit, Josh Q and the Trade-offs and more help make up Mòshkamo’s schedule.

“We’re really just trying to create a festival and a space where Indigenous artists can come and feel like they are represented on stages,” said Lindsay Lachance, an artistic associate with the NAC’s Indigenous theatre. “So we’re excited.”

Silla and Rise take the stage on Saturday, Sept. 14, blending “Inuit throat-singing and futuristic dance floor beats,” says the festival website. “Silla” is made up of Cynthia Pitsiulak from Kimmirut and Charlotte Qamaniq from Igloolik, while “Rise” is Rise Ashen, an Ottawa DJ, dancer and producer.

On Friday, Sept. 20, Susan Aglukark performs with the NAC Orchestra and Riit. Aglukark is a Juno award-winning singer-songwriter from Arviat, and Riit is an electro-pop Inuktitut artist from Pangnirtung. Riit also has a concert on Saturday, Sept. 28.

Aglukark and Silla return Sept. 21 and 22 with Twin Flames to perform Northern Adventures, a “discovery of this spectacular region’s dynamic culture” through “storytelling, throat singing, and dance,” says the festival website.

Northern Adventures is recommended for children age five to 12, and there will also be pre-concert activities 45 minutes before the show.

On Sept. 27, Josh Q and the Trade-offs take the stage. The band mixes English and Inuktitut in their “Arctic soul”-style music.

The National Arts Centre will also host an art market on Saturday, Sept. 28, open from noon to 6 p.m. The market will feature works by Métis, Inuit and First Nations creators.

The aim of the festival is to “make sure that folks feel that their experiences are included and that they feel welcome to come in,” said Lachance, “and that we’re able to acknowledge the territory that we’re on but also all the different experiences that really make up Ottawa as a pretty dense urban Indigenous centre.”

That’s why including an Inuit perspective, as well as Métis and other First Nations, was an important goal when designing the festival.

Another aim was to create a broad range of art in the festival’s lineup. Inuit musicians in the festival, for example, range from electro-pop to folk to blues in genre.

“Maybe folks expect to see this binary between traditional and contemporary art,” said Lachance. “We just want to honour the artistic expression of the artists and give them the ability and the sovereignty to reflect themselves how they want to be seen.”