‘The Breathing Hole’ touches on community, colonialism and climate change 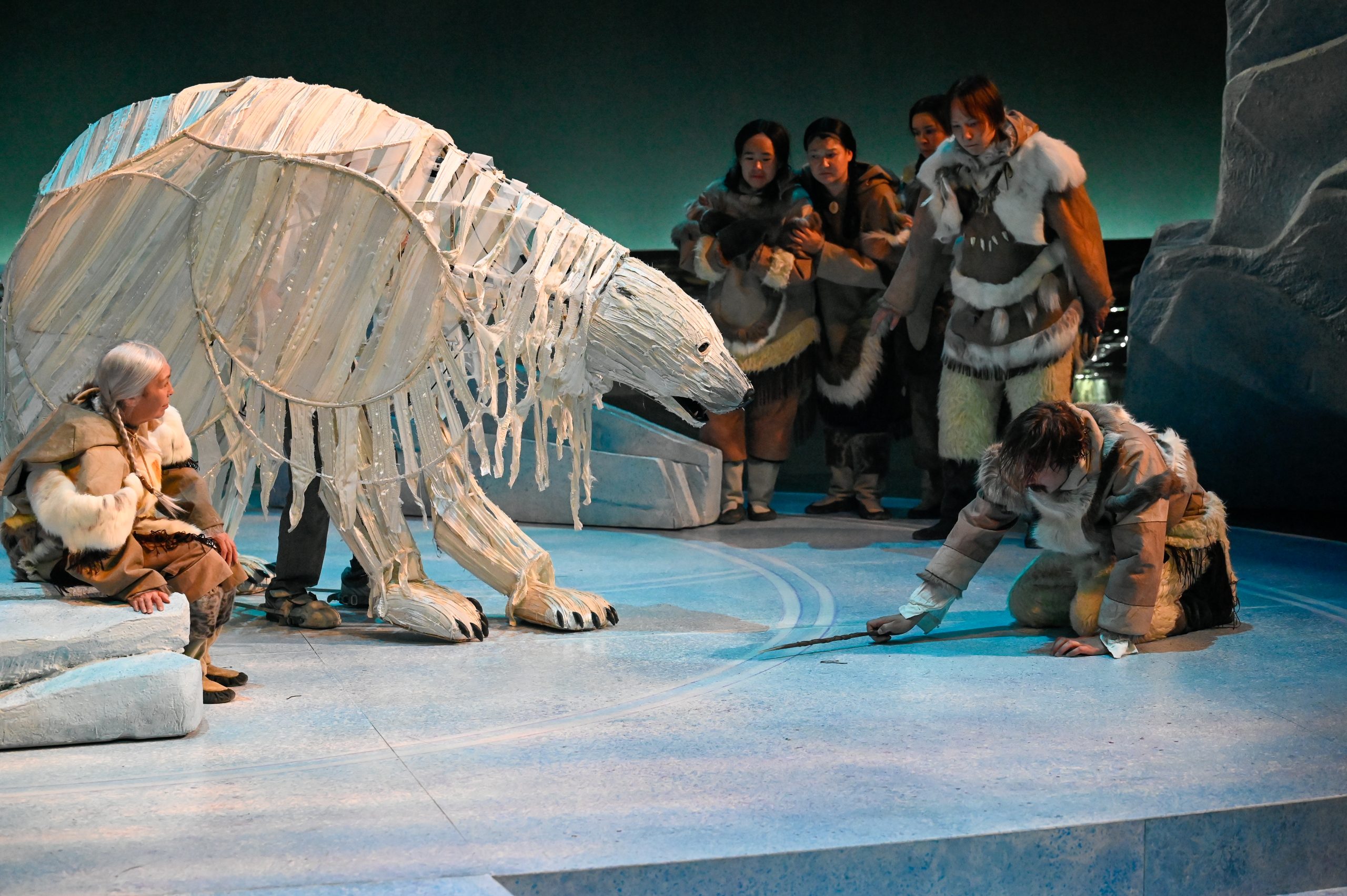 A a one-eared polar bear, Angu’juak, takes centre stage surrounded by the cast in the National Arts Centre stage production of “The Breathing Hole.” The polar bear is animated by puppeteer Gisle Lars Henriet. (Photo courtesy of Fred Cattroll)

When a mythical tale of a one-eared polar bear named Angu’juak returns to the stage Friday, it will have undergone an evolution.

The Breathing Hole recounts Angu’juak’s life, which spans five centuries. The bear’s experiences are played out over three acts touching on topics of community, colonialism and climate change.

The play was originally commissioned by the Stratford Festival as part of its Canada 150 celebration, and was written by Canadian playwright Colleen Murphy, who grew up in northern Quebec.

The 2017 Stratford festival production was significant for its many firsts, notably featuring first Indigenous director in Reneltta Arluk, the casting of a significant number of Indigenous artists and a script that highlighted the North and Indigenous people.

Although the script featured Inuit characters, and some cultural consultation was undertaken with Inuit knowledge-keepers, Alruk says it fell short of reflecting true cultural inclusion. 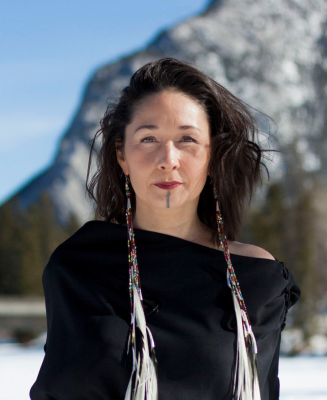 “I would definitely say that what we did at Stratford was a non-Indigenous play, even though I directed it,” said Arluk.

“But I would say it is different this time.”

Reflecting on that production during an interview backstage at the National Arts Centre on Wednesday, Arluk, who has returned as director for the 2022 production, acknowledged that important steps forward were made by Inuit and Indigenous arts and artists at Stratford.

“I think it really deeply impacted the audience,” said Arluk.

“It gave an opportunity for voices that had never been on the stage of Stratford, and that has really changed Stratford.”

Following Stratford, there was interest from the National Arts Centre and discussions with potential co-presenters for subsequent productions of The Breathing Hole, said Arluk, but those opportunities fell through.

“And so the play just kind of went away, but the play didn’t actually go away, because the play needed more time, more work and … more input.”

Over the next five years, the script would undergo a significant creative and cultural evolution.

Playwright Colleen Murphy dove back into the script, and spent two years working closely with Inuit cultural consultant Siobahn Arnatsiq-Murphy to revise, and in some cases rewrite, the play to more fully incorporate and express authentic Inuit culture and art.

Most significantly, the script was translated to Nattilingmiut, an Inuktitut dialect particular to the eastern Kitikmeot region where the play is set, and the text was published as a book in 2020.

Arluk became emotional when she talked about finally getting a call at the beginning of this year letting her know that the play was finally going to return the stage.

She said that The Breathing Hole will be having another “premiere” because of the profound changes the production has undergone since 2017, particularly the inclusion of Inuktut onstage.

This version of The Breathing Hole will be grounded in Inuit culture, includes Inuit actors playing Inuit characters, and authentically reflects the northern experience.

For Tara Tuppaq, a 14-year-old from Sanirajak, this marks her first time on a live theatre stage as she takes on the roles of Atugauq at age 8, Qaaksaattiaq and Lucy. 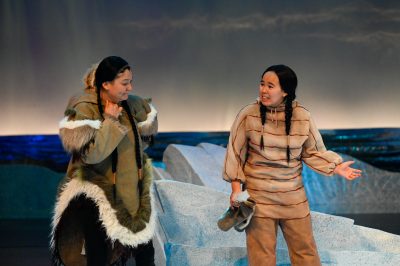 Actors Malaya Qaunirq Chapman, left, and Tara Kuppaq appear in character in The Breathing Hole, running until Dec. 10 at the National Arts Centre in Ottawa.  (Photo courtesy of Fred Cattroll)

Tuppaq said that she has found the experience challenging, but the sights and sounds of the production have really helped to make her feel more comfortable.

“It is really fun to hear the wind, and hearing the geese flying,” said Tuppaq who currently lives in Ottawa.

“It made me miss my own town.”

Malaya Qaunirq Chapman, a seasoned TV and film actor from Iqaluit, plays the role of Manillaq.

“I have grown so much in so many different ways through this process,” said Qaunirq Chapman.

Layered in with changes in the play and production itself, are the changes that have taken place in the arts community and industry, and with audiences, over the past five years.

Arluk said that giving highlight to Indigenous stories, actors and creators is important, but won’t make a cultural impact without layering in Indigenous leadership at the production level.

She said she believes that there is a heightened expectation and demand for an authentic expression of what makes a piece Indigenous.

“I think audiences feel safe to ask more questions about, ‘What is the content that we’re looking at.’”

The Breathing Hole is onstage at the NAC until Dec. 10.