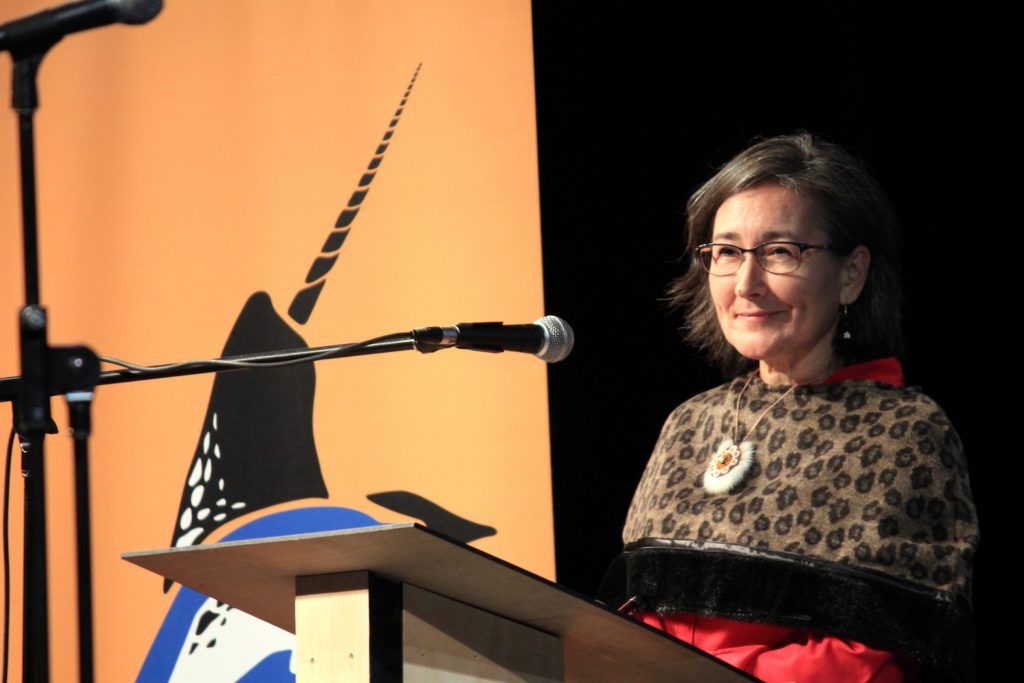 As the International Maritime Organization decides how to tackle underwater noise pollution, Inuit representatives are hopeful that their concerns will help shape industry guidelines.

“It felt like we were heard,” said Lisa Koperqualuk, the vice-president of the Inuit Circumpolar Council, an international organization representing approximately 180,000 Inuit of Canada, Greenland, Alaska, and Russia.

In a meeting of the IMO, the UN agency that regulates shipping, on how to reduce underwater ship noise, Koperqualuk made an intervention on behalf of the ICC to ensure that any plan to reduce the noise will take Indigenous knowledge into account. Her suggestion was adopted.

This intervention is the first time the ICC have made a change on IMO policy since becoming an official member of the organization through provisional status.

The IMO is revisiting guidelines to reduce underwater shipping noise that it made in 2014. The recommendations for new guidelines will be due in 2023.

For the ICC, its job will be to collect knowledge from Inuit communities on how underwater shipping noises are impacting them.

Underwater noise is a growing problem in Arctic waterways and Nunavut as an extension.

According to Melanie Lancaster, a conservation biologist with the World Wildlife Fund’s Arctic Programme, sea mammals rely on noise for activities such as finding food, protecting their children and finding mates.

In 2020, the Arctic Council issued a report that found that ship traffic in Arctic waters has increased considerably. Through 2013 to 2019 the number of ships operating in the Arctic increased by 25 per cent and the distances travelled increased by 75 per cent, according to the report. This rise in ship traffic coincides with melting sea ice.

An example of how noise reduction is impacting Inuit communities is in Pond Inlet, Koperqualuk said. The narwhals in the area that hunters rely on for food have disappeared as more ships are coming through the waters, she said.

Koperqualuk also said mining can also have a significant impact on shipping, as an increase in mine activity will mean more ships.

“We have to watch that very closely,” she said.

Currently, the ICC is laying out a strategy for how it will connect with Inuit communities and get a better understanding of the impact underwater ship noise is making, Koperqualuk said.

With ICC’s provisional status at the IMO being a two-year term, Koperqualuk said researching impacts of underwater ship noise on Indigenous communities is an opportunity for her organization to make an impact at the international level.

“We’re doing our best at ICC to make sure there’s a team of knowledgeable people on Arctic maritime issues to … achieve the work we need to do in that timeline,” Koperqualuk said.