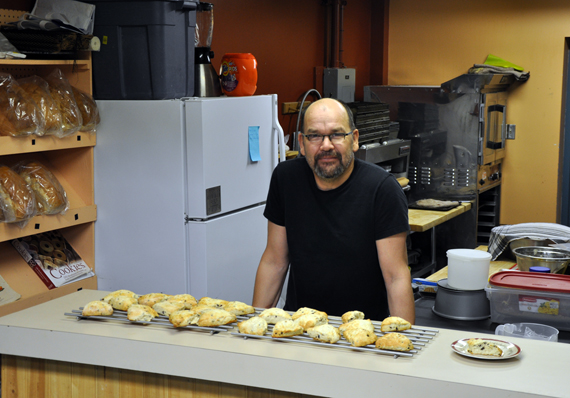 Robert Watt, seen in this undated file photo at his Kuujjuaq bakery, is now one of three directors appointed to Canada’s first Office of the Commissioner of Indigenous Languages (File Photo)

One of four people working as directors in Canada’s first federal office of Indigenous languages is Inuk.

Nunavik’s Robert Watt, a former school board commissioner, will now be working to preserve Inuit languages and dialects across Inuit Nunangat in his new role as director in the Office of the Commissioner of Indigenous Languages, Steven Guilbeault, the minister of Canadian Heritage, announced Monday in a news conference.

“We are here to support you because we are working for you,” Watt said. “It is our language, our voice, we have to make sure it survives.” 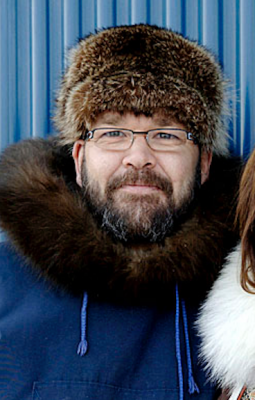 Robert Watt is pictured here before a northern tour to gather statements from survivors of Canada’s residential school system in his prior role as a Truth and Reconciliation Commission Inuit Sub-Commission co-chair. (Photo courtesy of the TRC)

He used to be the president and commissioner of Nunavik’s school board, Kativik Ilisarniliriniq, where he advanced Inuktitut language through school programs, the release states.

Before that, Watt collected nearly 800 statements from residential school survivors while he worked as co-director of the Inuit Sub-Commission at the Truth and Reconciliation Commission.

“Since his early career [Watt] has been involved in promoting, protecting and preserving Inuktitut,” the release states.

Before the announcement was made, Nunavut’s languages commissioner Karliin Aariak said she hoped someone from Nunavut or an Inuktut-speaking community would be selected for one of the four director roles.

Aariak congratulated the first commissioner of Indigenous languages as well as the new directors in an email.

“I look forward to possible future collaborations,” she wrote.

Watt is one of three directors who work under the commissioner of the new office — Ronald E. Ignace, a member of the Secwepemc Nation in British Columbia.

“For those of us who have passionately cared about and fought for the future of our Indigenous languages, getting here has consumed nearly a lifetime,” Ignace said during the news conference.

“As we reclaim and rebuild our languages, there is much work ahead of us,” he said. “Some of our languages are hanging by a thread, having lost all or nearly all of their speakers.”

The other directors are Georgina Liberty and Joan Greyes, which means there is a First Nations, Métis and Inuk director on board.

Natan Obed, the president of Inuit Tapiriit Kanatami, also spoke at the conference.

“This is indeed a very special day,” he said.

Nunavut is unique because it is the only region in Canada where Indigenous languages are spoken by the majority, but that isn’t the case in all of Inuit Nunangat, he said.

“Each one of our regions ranges in a state of maintenance, revitalization and reclamation.”

“I’m not trying to put too much pressure on the directors and the commissioner, but this is something that we have been working towards for such a long time,” Obed said.

The Department of Canadian Heritage held virtual consultations with Indigenous communities across Canada while creating the new office, and the Truth and Reconciliation Commission of Canada also called for consultation when choosing the commissioner.

The new office will operate independently from the Canadian government and is meant to support Indigenous peoples in their self-determining efforts to reclaim, revitalize, maintain and strengthen Indigenous languages, according to the release.