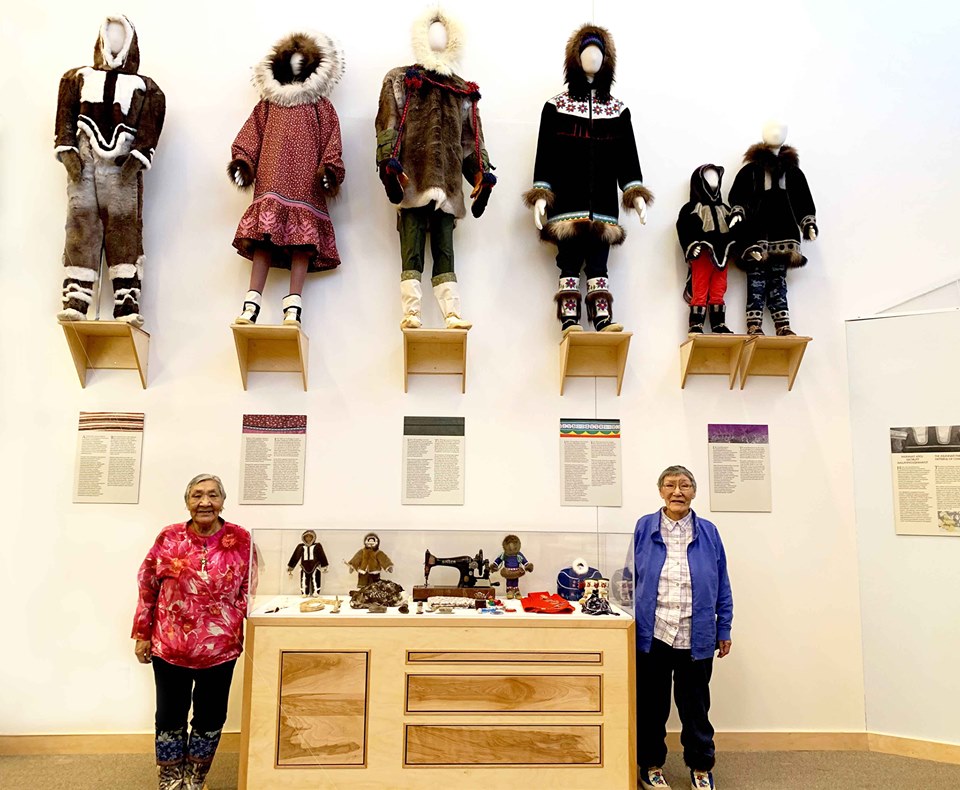 Elders-in-residence Annie Atighioyak and Mabel Etegik with the Pitquhirnikkut Ilihautiniq Kitikmeot Heritage Society stand with the completed Patterns of Change exhibition at the May Hakongak Cultural Centre in Cambridge Bay. If you know an elder who contributes to preserving and promoting Inuit culture, you can nominate him or her for the Inuit Heritage Trust’s 2019 elder recognition award. (Photo courtesy of the Pitquhirnikkut Ilihautiniq Kitikmeot Heritage Society)

If you know of an elder who passes on traditional knowledge, you may wish to nominate him or her for the Inuit Heritage Trust’s 2019 recognition award.

“Perhaps you know elders in your community who love sharing their stories and their knowledge in any area of Inuit culture and tradition,” said the trust in a recent call for nominations.

“IHT would like to honour their efforts in keeping Inuit culture alive.”

The deadline for nominations falls on Nov. 1.

If you know of an elder you want to nominate, send a brief description of the elder’s work on Inuit cultural preservation and promotion, along with contact information, to the IHT, P.O Box 2080, Iqaluit, Nunavut X0A 0H0 or by email to heritage@ihti.ca.

The recognition award, which will be announced in December, comes with a $1,500 prize.