‘Putulik was an important figure in the development of today’s Nunavik,’ says Makivik Corp. president 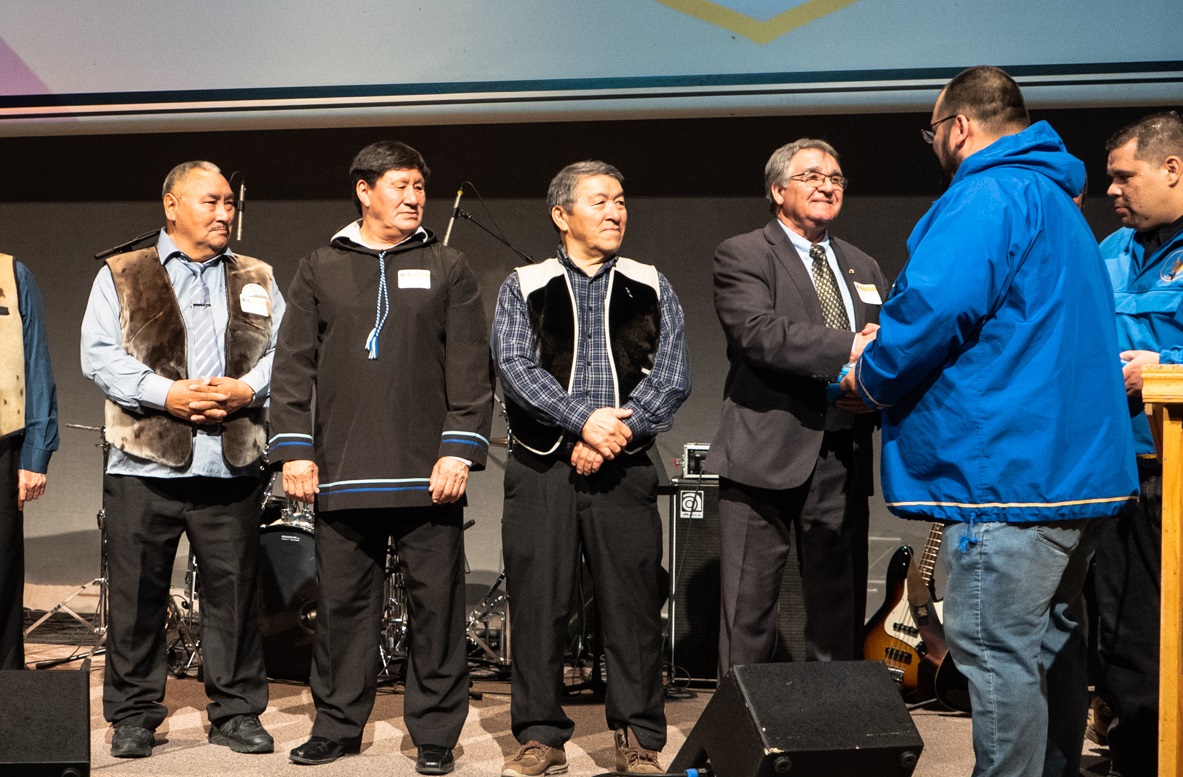 Putulik Papigatuk, pictured here at far left attending Makivik Corp.’s 40th anniversary celebration in Kuujjuaq in 2018, where he received an Order of Nunavik medal for his role in negotiating the James Bay and Northern Quebec Agreement. (File photo courtesy of Makivik Corp.)

Papigatuk was best known as one of the 11 Inuit to negotiate and sign the James Bay and Northern Quebec Agreement in 1975.

He was named to the Order of Nunavik for his contributions to Nunavik’s land claims agreement in 2018.

“Putulik was an important figure in the development of today’s Nunavik,” said Makivik Corp. president Pita Aatami in a news release marking the former leader’s accomplishments.

“The [James Bay and Northern Quebec Agreement] was the first comprehensive land claim agreement signed in modern times and could not have been realized without the leadership of the Northern Quebec Inuit Association, of which Putulik was a member,” he said. “Putulik’s role and contribution was invaluable.”

Papigatuk was born in an igloo in 1952, but lived most of his life in Salluit, then known as Sugluk.

He attended a federal day school in his home community until Grade 5, and then went to residential school at the Churchill Vocation School in Manitoba in the mid-1960s.

In the early 1970s, Papigatuk worked for the Falconbridge Nickel Mine and Asbestos Corporation, later purchased by Glencore.

Papigatuk stayed involved in politics throughout his career. He was also a member of the negotiating team for the Nunavik Inuit Land Claims Agreement,  served as a regional councillor at the Kativik Regional Government and sat as chair of the Nunavik Marine Region Impact Board up until his death.

“We will miss him very much and we send our heartfelt condolences to his family,” Aatami said.