NTI gives away one snowmobile in every Nunavut community, KIA awards prizes in 7 Kivalliq communities 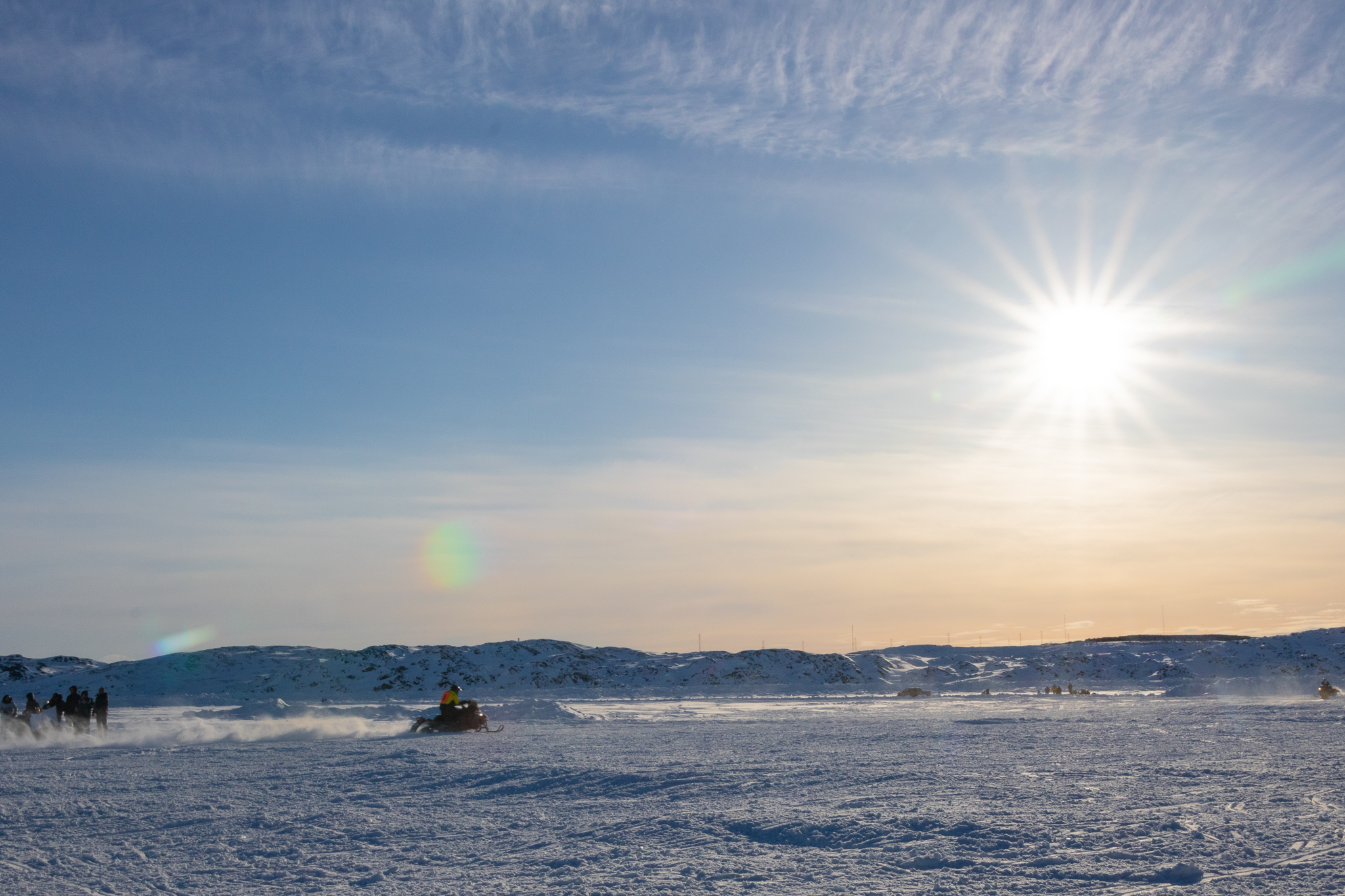 A snowmobiler speeds across the ice in Iqaluit during Toonyk Tyme in April. Two groups, NTI and KIA, held raffles to give out free snowmobiles and ATVs to eligible Inuit beneficaries who received COVID-19 vaccines. (Photo by Jeff Pelletier)

More than 30 lucky Inuit who rolled up their sleeves and received their COVID-19 vaccines have been awarded snowmobiles and all-terrain vehicles as prizes by two Nunavut Inuit organizations.

Nunavut Tunngavik Inc. and Kivalliq Inuit Association each held their own raffles over the past week. The organizations had offered the prizes earlier in the pandemic to encourage their members to get vaccinated.

On Friday, NTI vice-president James Eetoolook drew the names of one Nunavut resident from every community at a raffle event in Rankin Inlet, according to a news release. Winners have received or will receive one of the 25 snowmobiles awarded.

Two other winners living out-of-territory were also selected to receive a $5,000 cash prize.

“Individuals who had their names drawn had until April 29, 2022, to show proof of vaccination,” the news release said.

The federal government’s Indigenous Community Support Fund covered the costs of the snowmobiles, according to the release.

On Monday, KIA held its own draw, awarding seven snowmobiles and seven ATVs to vaccinated Inuit beneficiaries from all seven Kivalliq communities. Two winners were selected from each community, with one receiving a snowmobile and the other getting an ATV.

“The Kivalliq Inuit Association has completed selecting the names of the snowmobile and ATV draw this morning,” KIA said on Facebook. “The staff and management are contacting the individuals in the region that have won and verifying vaccination status.”

Correction: This article has been updated from a previous version to indicate that the two draws were open to Inuit beneficiaries who are members of NTI or KIA.