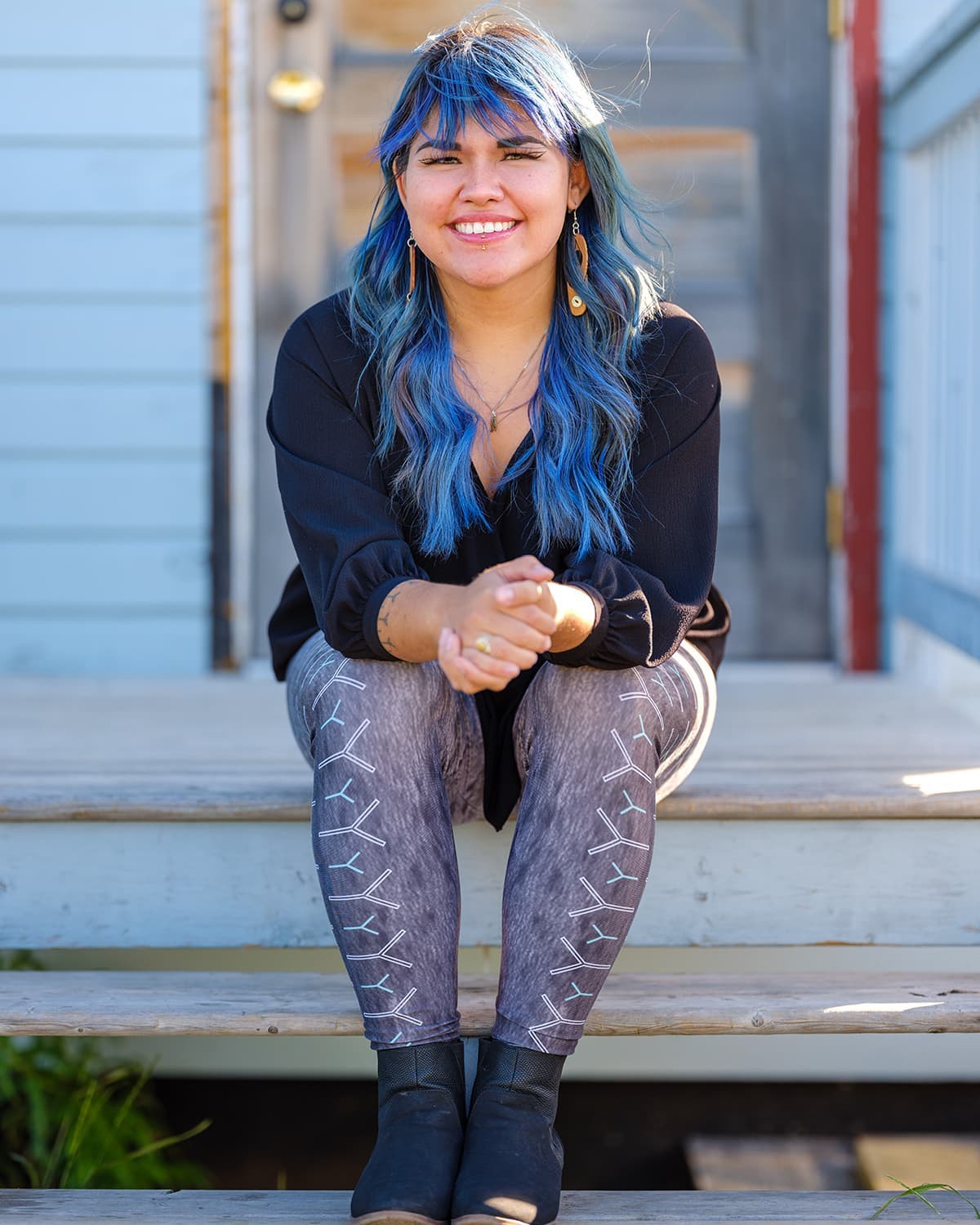 Ashley Cummings will be speaking about Inuit perspectives on climate change at Climate Justice World Forum on Sept. 21-23. (Photo courtesy of Ashley Cummings)

To tell the story of climate change for Inuit, Ashley Cummings uses the example of moss on a rock in Nunavut in the springtime. The moss is ripped off the rock, either by a person or increasing heat.

“Inuit are that moss, delicately clinging to that rock,” said Cummings, a 23-year-old Yukon University student.

Cummings said she is frustrated. Whether it is melting permafrost breaking bridges in her hometown of Pangnirtung or fellow Inuit not being able to use trails across melting ice in the spring, Cummings said her people’s voices are not being heard on climate change.

That frustration is why Cummings will be speaking at the second annual Climate Justice World Forum between Sept. 21-23, to be held in Glasgow, Scotland, though people will participants attend it as a virtual event. The event will be dedicated to exploring ideas to address climate change in a way that is sustainable to those who are the most affected by the phenomenon.

Cummings said she will be there to speak about Inuit perspectives on climate change and help address the lack of Inuit voices in the global conversation on how to address the warming planet.

“Climate change has impacted our culture and the way we live our lives,” Cummings said in an interview.

International conferences tend to focus on climate change mostly through a scientific lens, Cummings said, and that needs to change.

“The North is such an ignored part of climate change, other than the ice or the icecaps,” Cummings said.

“What about the people?”

While science is useful for addressing climate change, Cummings said Inuit Qauijimajatuqangit, or traditional Inuit knowledge, is not often considered. Through IQ principles and other practices that encourage being on the land, Inuit have built generations of knowledge on how the planet works, Cummings said.

In previous conferences Cummings has spoken, she said that she felt like the token Inuk invited because she only had a small role in panels.

At the Climate Justice World Forum, Cummings said she expects that to change, as she will be one of the featured speakers at the event.

Cummings grew up in Pangnirtung and moved to Nova Scotia at the age of 12. Her desire to fight for Inuit causes began when she realized how uncommon child suicide was in Nova Scotia compared to Nunavut and that her mother was a survivor of a residential school.

That self-awareness was channelled to activism after attending a summer camp that encouraged her to get out of her comfort zone. As someone who was shy, that meant public speaking. But once her fellow campers encouraged her to speak, it became her strength.

“It felt like all that fear left,” Cummings said.

Since then, Cummings has been a speaker for Connected North, a program for connecting Indigenous communities in the North, and the Arctic Circle assembly. Cummings was also a speechwriter for the Yukon NDP earlier this year. She is currently a student at Yukon University studying Indigenous governance.

While the task of fighting for climate justice and representation of Inuit voices is challenging, Cummings said there are pathways to address these obstacles.

She lists the Inuit Circumpolar Council as a good resource for climate advocacy.

But there is an urgency to addressing climate change, Cummings said, and there is a need to lift Inuit voices in a way that is respectful but bold.

“We need to take advantage of using our voices, using what we see and use that tenacity,” Cummings said.