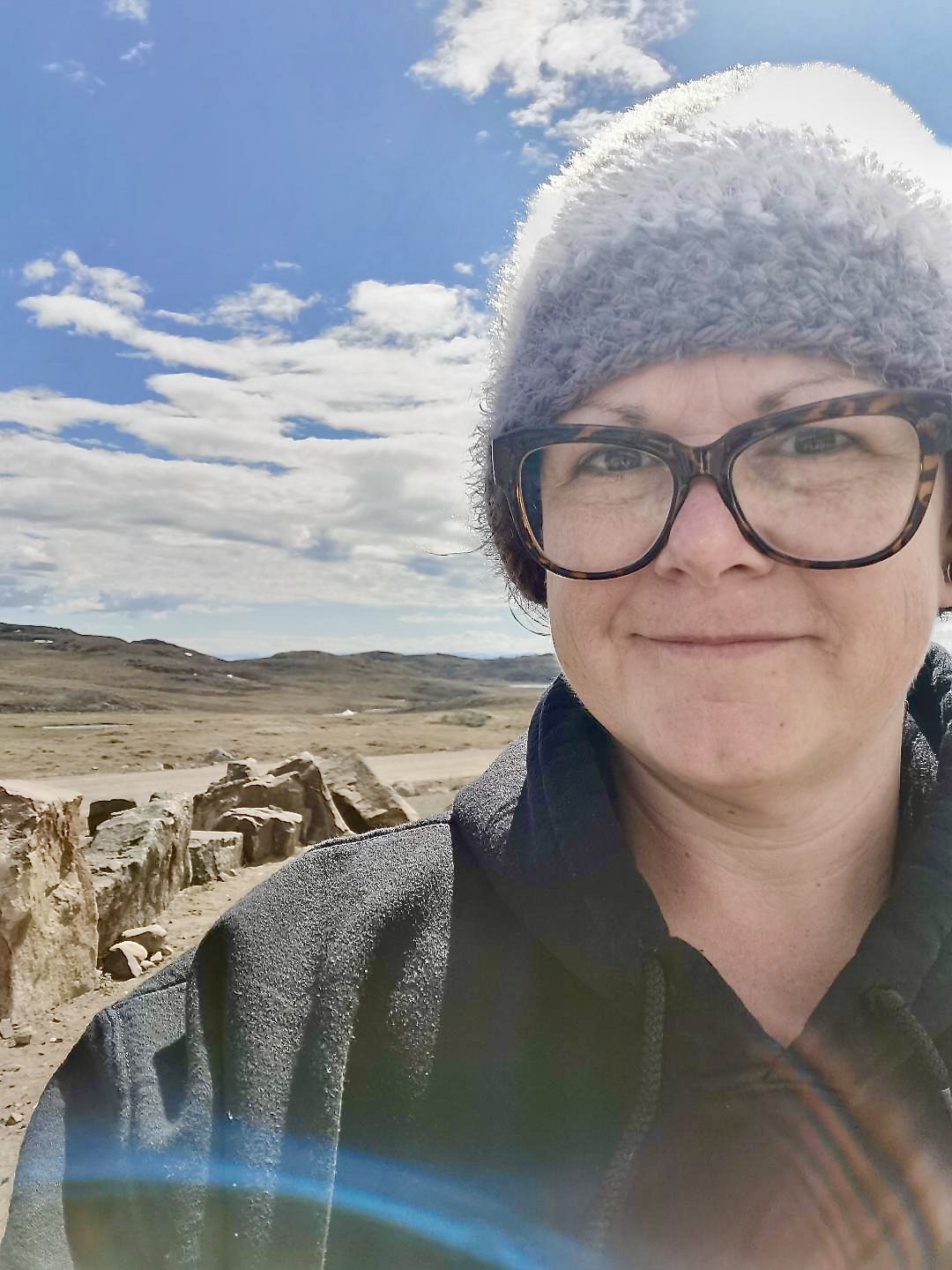 Erin Faulks is a student at Nunavut Arctic College who draws inspiration from nature for her handmade artwork. (Photo courtesy of Erin Faulks)

Metalworker Erin Faulks is one of 13 winners in the BMO 1st Art! competition

An Iqaluit artist has won the regional prize for Nunavut in the 19th annual BMO 1st Art! competition.

Erin Faulks, a student in the jewelry and metalwork program at Nunavut Arctic College, received a $7,500 prize for her handmade metal incense burner, the Pandemicock.

“It was super-exciting to win,” Faulks said. “It was great validation for all the work that they’re putting into the program at school.”

Originally from Hamilton, Ont., Faulks has been living in Iqaluit for 14 years and is self-taught in crafting and jewelry making. She decided to enrol at the college to expand her knowledge of metalwork.

“I take inspiration from nature. I try to use as many natural and reclaimed materials in my artwork as I can,” she said. “Beauty is all around you, just pick it up and turn it the right way.”

Nature is one of the direct inspirations for the Pandemicock, Faulks explained. As the name suggests, he’s modelled after a peacock, albeit one that’s a bit unusual.

“You don’t normally see peacocks in flight. That’s not normally how they’re represented,” Faulks said, who, as she worked on him, came to view the Pandemicock as representing adaptability and perseverance in the pandemic.

“He’s journeying through it, like we all are, changing what he does normally in reflection of what’s going on in society,” she said. “He’s not able to inspire and be creative and social like he’s supposed to be, so he’s tucked his tail in and packed up his stuff and is flying away to a brighter future.”

The finished product is made with sterling silver, copper, brass, dix gold and enamel, and measures 14 inches in length. It is fully functional as an incense burner, although the work is currently on display behind a glass case at the college, Faulks said. 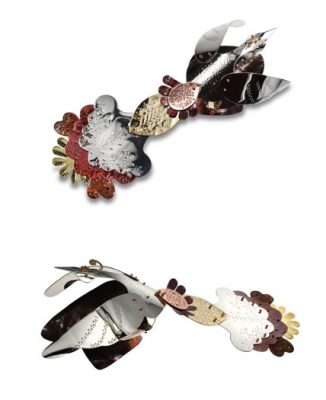 Erin Faulks used several types of metal and different techniques to create the Pandemicock, which is a functioning incense burner. (Photo courtesy of BMO / Touchwood PR)

Originally intended as a project for Faulks’s course on riveting, the Pandemicock was only supposed to be made with three pieces of metal and measure a few square inches in size.

Because lessons were being conducted remotely, however, Faulks said there were no instructors around her to tell her to stop adding to the work.

“I like to go extravagant or overboard, kind of bordering on ridiculous,” she said. “COVID really allowed me to do that because I wasn’t as restrained in the parameters of the project, so I just kept adding to him.”

Faulks said she tried to use as many techniques and types of metal as she could, but as few machines as possible. She consulted with books, videos and instructors from around Canada to learn new approaches, which included using an enameling oven instead of a smaller flame to accommodate the size of the work.

“There was a whole new technique I had to research … to uniformly heat the metal so that it would have uniform malleability,” she said. She then cut and hammered the pieces into shape and punched rivets by hand before imprinting a decorative pattern on the surface of each piece.

Despite the many skills she demonstrated in crafting the functional artwork, however, Faulks admitted she was initially reluctant to enter the contest.

“I consider myself a craftsperson, not so much an artist. Kind of sounds too high maintenance,” she laughed. Her instructor, though, was insistent that her creation needed to be showed off.

“Everybody loves the Pandemicock,” she said. “After he was born, he chose to be entered.”

The BMO 1st Art! competition celebrates outstanding achievements in visual arts among undergraduate students from across Canada. This year, a record 336 submissions were entered into the contest, and from them, 12 regional winners and one national winner were selected by a panel of jurors.

Images of all the winning artworks can be viewed on BMO Financial Group’s website at 1start.bmo.com.