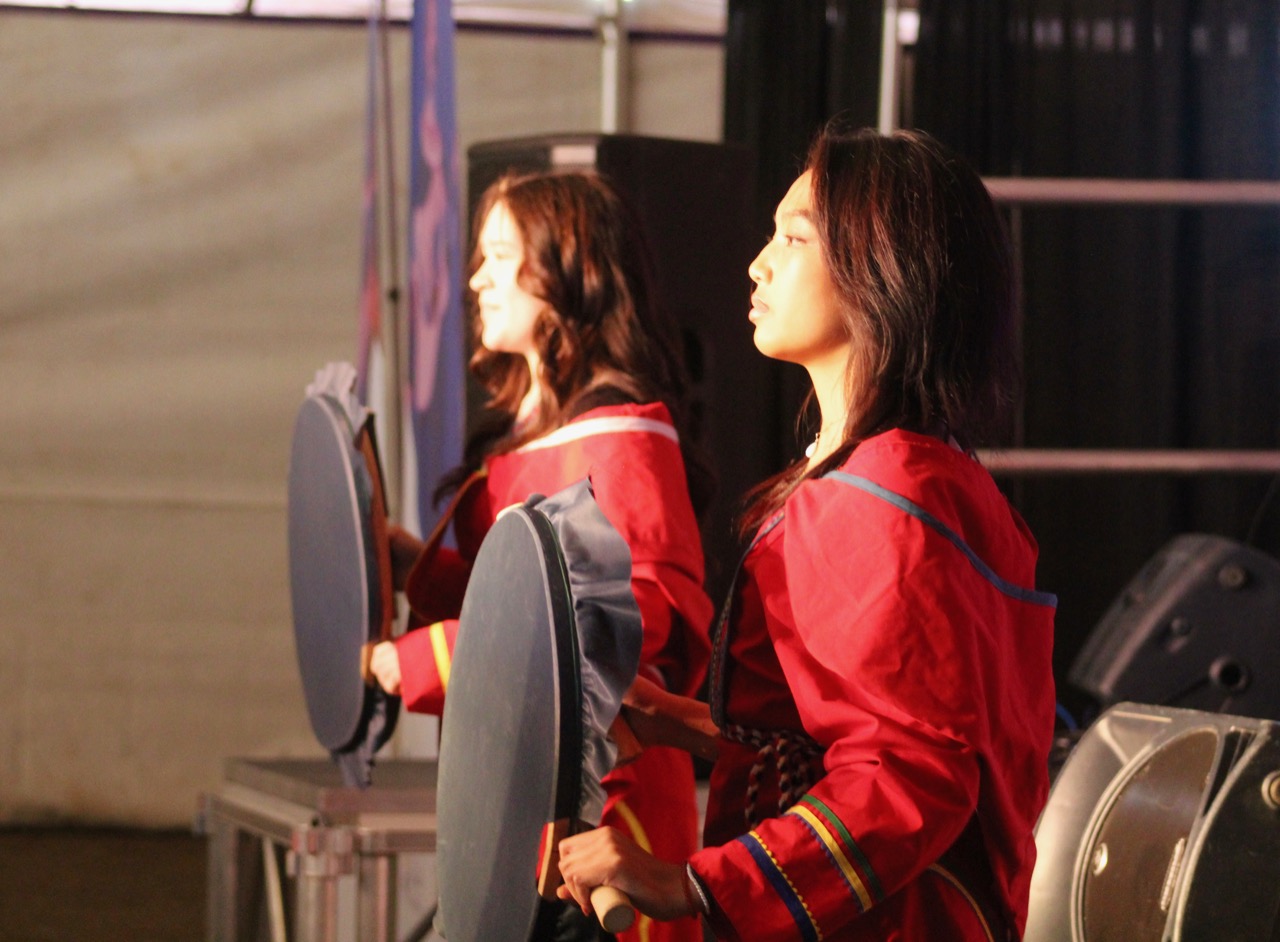 Hundreds of people flocked to Iqaluit’s downtown core for the Canada Day holiday on Friday.

With the sun shining and temperatures hovering around 10 C, Nunavummiut of all ages attended Iqaluit’s Canada Day celebrations.

While some Canadian flags could be seen draped across vehicles and waving in the air, many wore orange shirts to honour Indigenous peoples who were sent to residential schools, many of whom never returned.

It was the second year Canadians have grappled with how to mark the holiday, which took a subdued tone in many communities last year following news that unmarked graves had been located at former residential schools across the country.

On Friday, the day kicked off with a pancake breakfast at the Arctic Winter Games Arena before the annual Canada Day parade took off around noon.

Led by Iqaluit’s fire department and RCMP officers, it weaved its way from the arena to Nakasuk Elementary School.

Members of the African and Caribbean Association of Nunavut danced all the way from the arena to the school, with music pumping from speakers on a truck.

Once at the school, firefighters handed out hot chili to a long lineup of people and a crowd gathered in the Alianait Festival’s tent to watch performances and attend a civic ceremony.

Speaking at the ceremony, Nunavut Premier P.J. Akeeagok said that on Canada Day he was grateful for Nunavut’s diversity.

“It’s been a difficult few years that we’ve dealt with, with COVID, but now we’re able to celebrate on such a special occasion,” Akeeagok told a crowd of about 100 people at the Alianait tent near Nakausk school.

Akeeagok said despite the celebrations, he hoped Nunavummiut would also spend the day reflecting.

“It’s really for us to acknowledge the sacrifices Indigenous Peoples have [made]. A day like this allows us to reflect how strong we are as peoples,” he said.

Speaking in Ottawa, Prime Minister Justin Trudeau also touched on the strength of Canadians, acknowledging “our country’s historic wrongs” that have dampened the traditional celebratory mood on the country’s birthday.

Trudeau counted resilience, as well as kindness, respect and generosity, among the values that will allow Canadians to build a better future.

“Today, we celebrate the place we all call home. I know for some, our country’s historic wrongs can make that difficult. But while we can’t change history, we can put in the work to build a better future,” Trudeau said.

“Be kind to each other,” said Simon, giving her first Canada Day message since becoming the country’s first Indigenous Governor General almost a year ago. “Listen to Indigenous Peoples, on whose land we live. Learn from one another,” said Simon, who was an Inuk leader before being appointed the Queen’s representative in Canada.

“Canada is our home. On Canada Day, let’s all commit to a country where everyone truly belongs.”