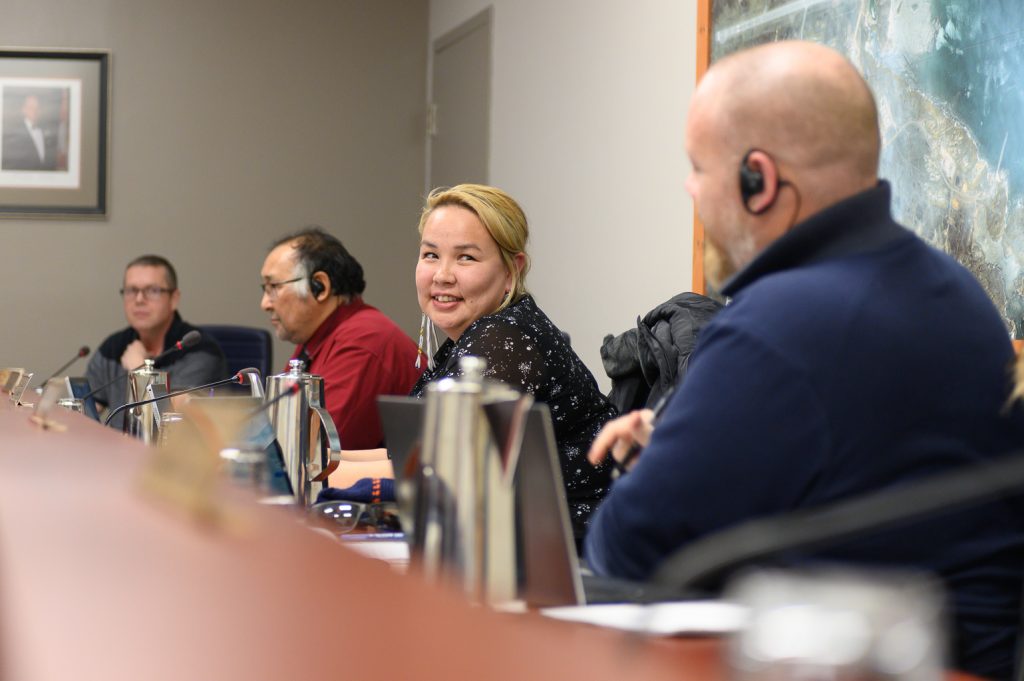 Coun. Malaiya Lucassie looks back at Coun. Kyle Sheppard after he nominated her for vice-chair of the recreation committee during Tuesday night’s inaugural city council meeting, helmed by Mayor Kenny Bell. (Photo by Dustin Patar)

The energy inside the council chambers was similar to that of a first day of school—nervous but optimistic—and the agenda, which lacked personal introductions and fun facts about the councillors, still consisted of first-day formalities.

The main order of business was the appointment of deputy mayors and committee chairs and vice-chairs.

Mayor Kenny Bell wasted no time in recommending Coun. Janet Brewster as deputy mayor and Coun. Solomon Awa as alternate deputy mayor, at which point they were voted on and approved by the council.

From there, the room broke out into a series of nominations and votes that resulted in the following:

Also on the agenda were several pieces of correspondence and a vote to cancel the city council meeting scheduled to take place on Christmas Eve, which passed unanimously.

The council will gather once again on Nov. 26.

Correction
An earlier version of this story incorrectly stated that Mayor Kenny Bell named both of the deputy mayors, when in fact he recommended them.