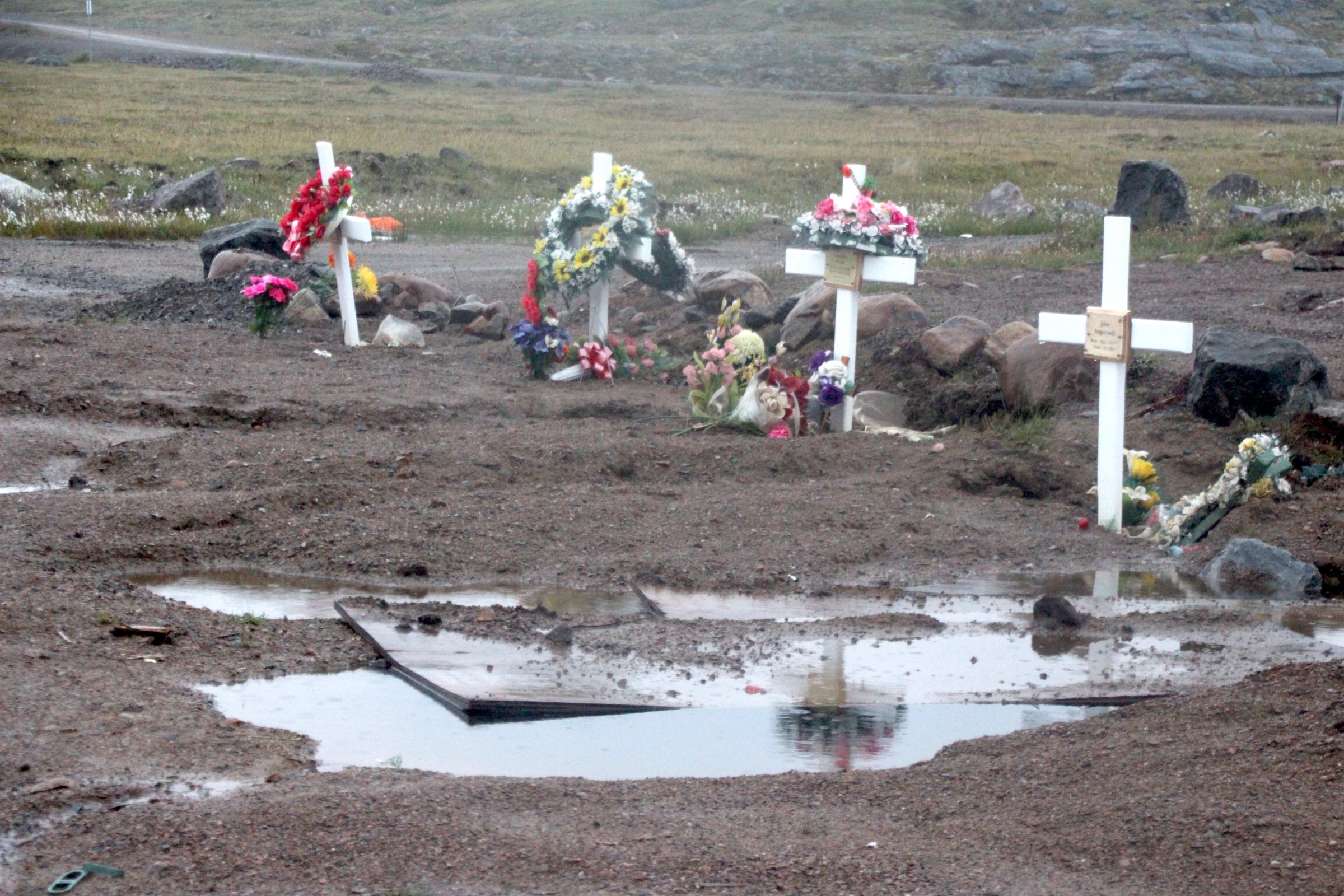 Waterlogged graves are seen in the Apex cemetery in August 2018. Iqaluit city council has struck an advisory committee to help decide how to deal with the flood-prone graveyard. (File photo)

Iqaluit city council is creating a new advisory committee to help decide how to deal with the flood-prone Apex cemetery.

Since the $1.33-million graveyard opened in 2014, residents have complained about having to bury loved ones in muddy, water-filled graves.

Others have said they believe the graveyard’s boggy ground is a public safety risk.

According to Bell, the cemetery advisory committee will consist of a city councillor as chair, representatives of Nunavut Tunngavik Inc. and the Qikiqtani Inuit Association, religious leaders, a city administrative representative and an elder.

During this week’s council meeting, on Tuesday, Jan. 14, it was unanimously agreed upon that Coun. Joanasie Akumalik, who had previously expressed interest in the position, would chair the committee.

Bell also said that he would be taking an active role in the committee.

“We want as many people on that committee as possible so that we can get it right.”

The next city council meeting will take place on Jan. 28.