Iqaluit council to receive proposals for a second water source 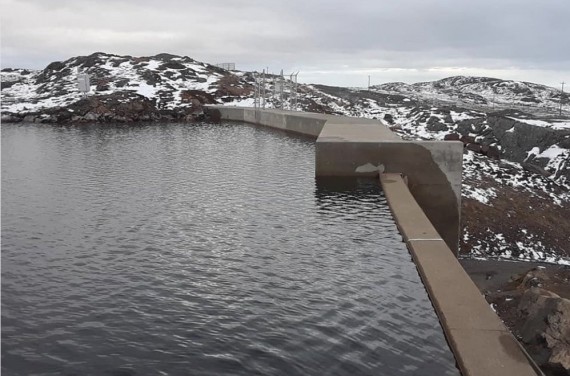 Iqaluit’s total water consumption was 15 to 16 per cent less in 2020 than in 2019 and 2018, said Josip Deronja, senior projects manager at Colliers Projects Leaders, at an engineering committee meeting April 14. (Photo courtesy of David Alexander)

City of Iqaluit staff will give council options on which body of water should serve as the city’s second water supply source next month, said the city’s chief administrative officer, moving along what some councillors call Iqaluit’s most “pressing project.”

The options are the Sylvia Grinnell River and Unnamed Lake, for which the city just completed fish habitat and depth studies, CAO Amy Elgersma said during an engineering committee meeting April 14.

“[A reliable water supply] is by far and away the thing that limits us in terms of every bit of development that we have in the next 10 years,” said engineering committee chairperson Coun. Romeyn Stevenson.

The city currently pumps water from the Apex River into Lake Geraldine and can do so until 2026, which is when the city is proposing the secondary water source will be ready, Elgersma said.

In 2018, the Government of Nunavut said Iqaluit’s water shortage was a health emergency.

A year later, Lorne Kusugak, then Nunavut’s community and government services minister, declared a state of emergency due to Iqaluit’s precarious water supply.

Stevenson said finding a second water source needs to be more of a priority for the municipal and federal governments.

“I don’t know that that is understood by governments above us, that the situation is as dire as it is,” he said.

Elgersma said an engineering study will need to be done after the two options are brought forward to council.

Elgersma didn’t clarify if Inuit qaujimajatuqangit was used in the studies completed to date, but said that it will be incorporated into the public consultation or hearing process.

Deronja said the city consumed 15 to 16 per cent less water in 2020, compared with the two years prior.

He said part of the reason consumption decreased is because the city became better at fixing leaks when they occur.

“They definitely weren’t addressed as quickly in the past. I think that’s a huge impact on our water conservation … we are now addressing leaks as quickly as possible,” Stevenson said.

Deronja said one of the main causes of leaking pipes is because of thawing permafrost, and that the city is looking at different ways to combat the effect climate change is having on water distribution.