Cause of fire under investigation 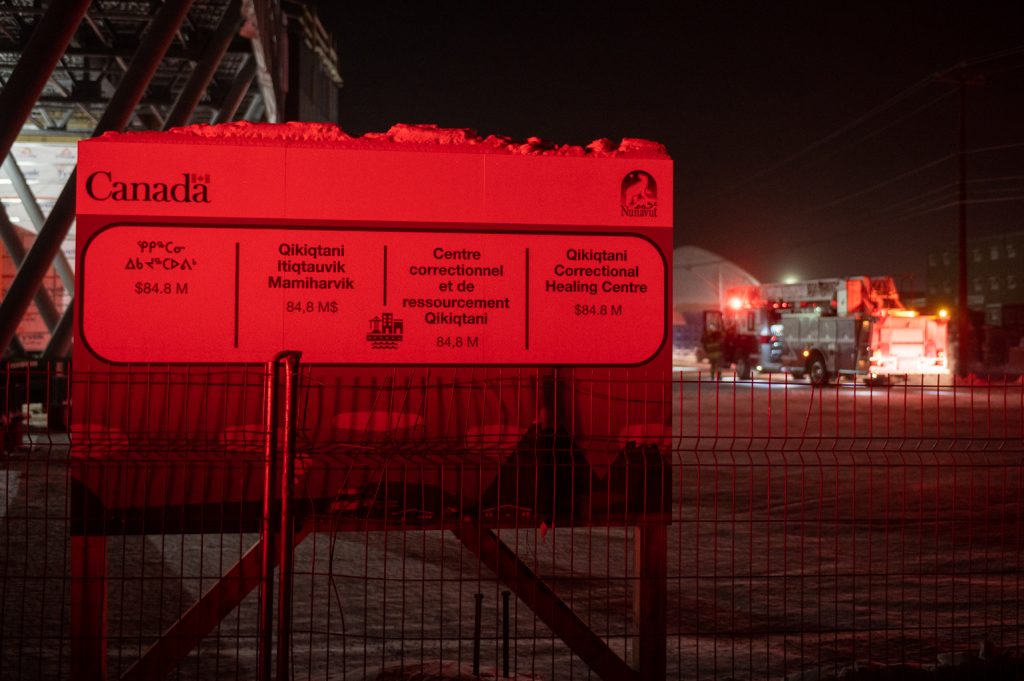 Iqaluit firefighters quickly put out a small fire that broke out inside the construction site of the Qikiqtani Correctional Healing Centre on the night of Thursday, Feb. 13. (Photo by Dustin Patar)

Iqaluit firefighters quickly extinguished a small fire on Thursday night that broke out inside the Qikiqtani Correctional Healing Centre construction site, which is connected to the Baffin Correctional Centre.

The fire department responded at around 9:50 p.m., with 11 firefighters, two command staff and their vehicles, two fire trucks and an ambulance, the City of Iqaluit said in an email.

According to the city, no injuries were reported.

The cause of the fire, which has yet to be determined, is being investigated by the Office of the Fire Marshall.

The fire department thanks the city’s public works department for its quick response and on-scene support.