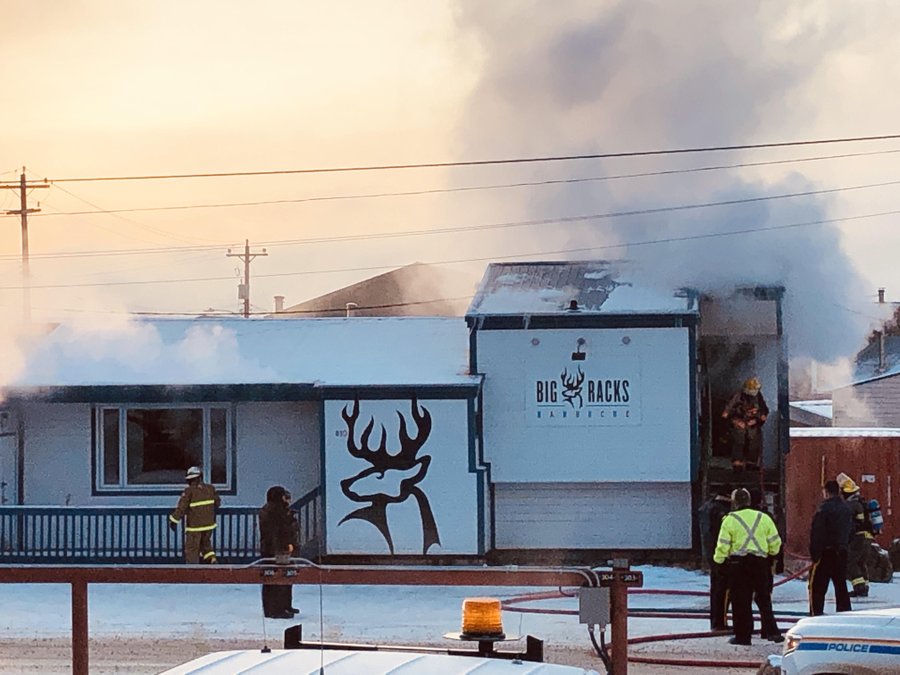 Iqaluit firefighters quickly put out a fire that broke out inside Big Racks Barbecue on the morning of Nov. 5. (Photo courtesy of Sherrie Leyden)

Iqaluit firefighters wasted no time this morning when they doused a fire that broke out inside the Big Racks Barbecue restaurant at building 810 in Lower Base.

The fire department responded at around 7:30 a.m., with 16 firefighters, two command staff, two fire trucks and two command vehicles, the City of Iqaluit said in a statement.

“The crews proceeded with an offensive attack and quickly knocked down the fire inside the building,” the city statement said.

As for the cause of the fire, that’s now being investigated by the office of the Nunavut fire marshal, the city said.

Also, the fire department says they thank staff at the RCMP and at Iqaluit’s municipal enforcement and public works departments for helping out.