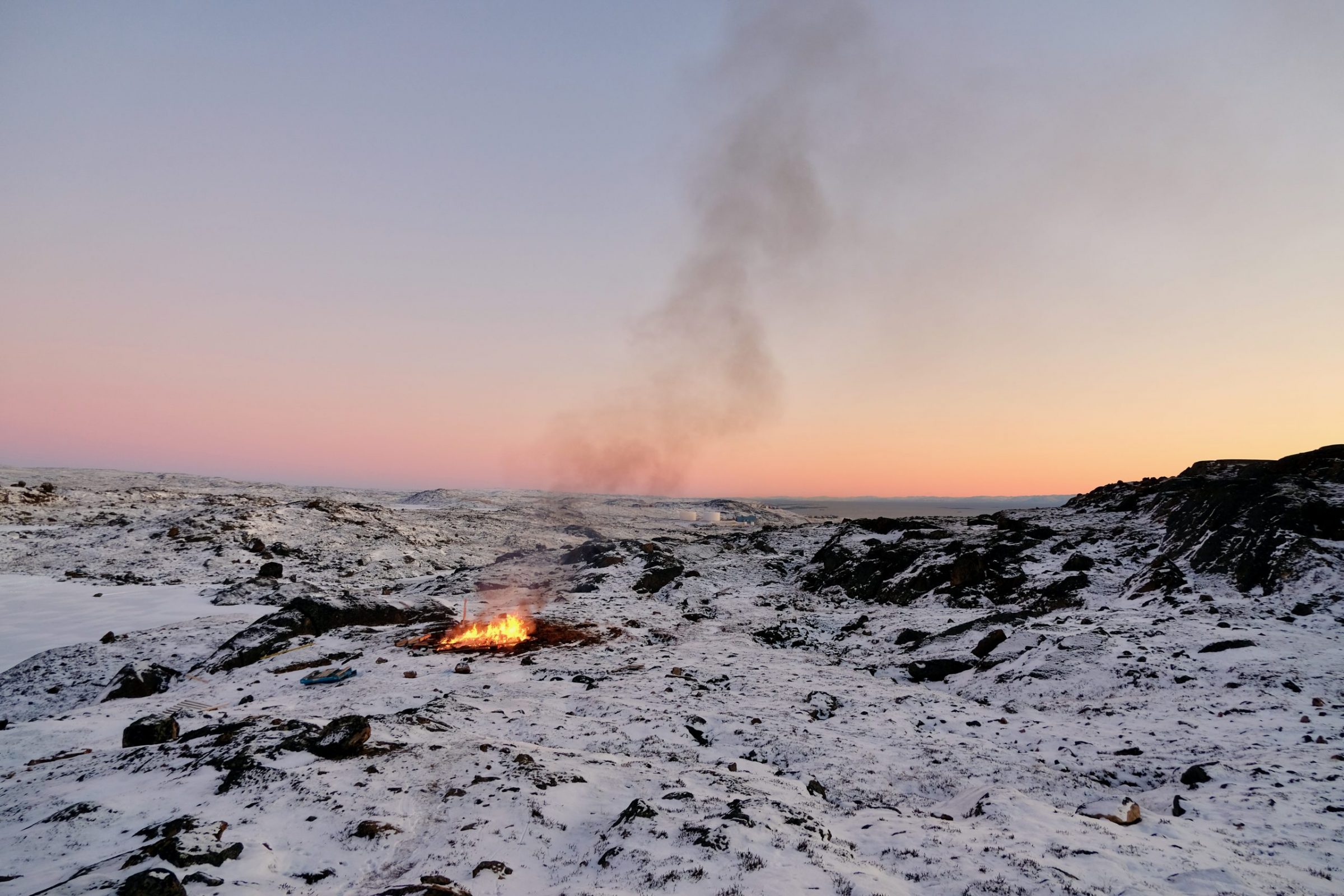 Iqaluit’s emergency services responded to a fire near the upper plateau in Iqaluit on Monday after multiple people reported black smoke, Stephen McGean, the city’s assistant fire chief confirmed. McGean said two emergency vehicles responded and staff had to take a walk on the tundra to investigate where the smoke was coming from. “Members found what was left of a tent structure,” he said in an email. He confirmed there were no injuries. (Photo by Mélanie Ritchot)