Iqaluit food shortages to ease ‘over the next few days,’ Kusugak says

Slim pickings at Northmart were due to hoarding and temporary cargo disruptions, health minister says 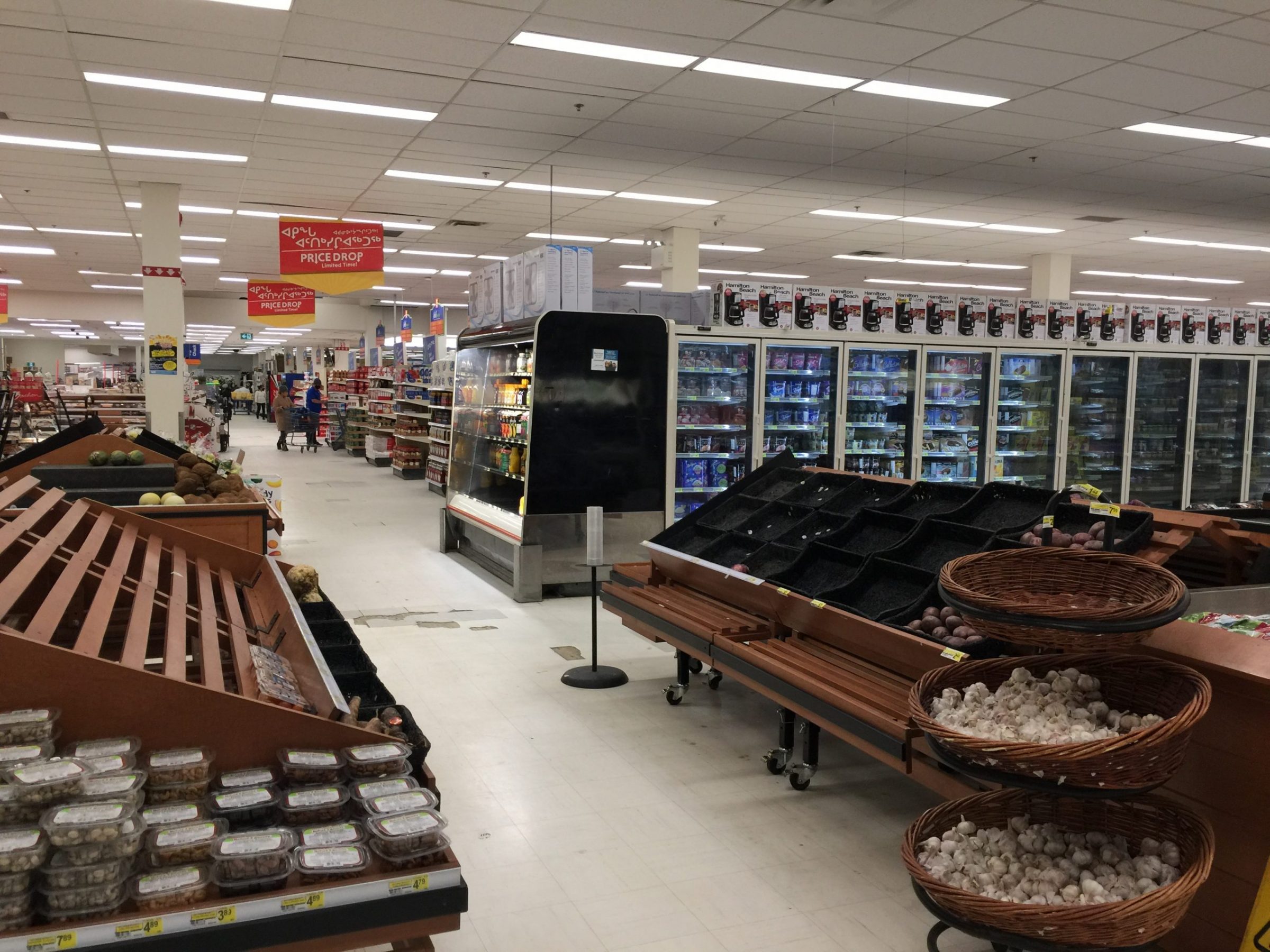 Some produce shelves at Northmart were bare Tuesday, but Health Minister Lorne Kusugak says they will be back to normal “over the next few days.” (Nunatsiaq News photo)

Iqaluit store shelves that were bare on Tuesday will be stocked up “over the next few days,” Nunavut Health Minister Lorne Kusugak said Tuesday, assuring residents a shortage of some produce is just a temporary result of the COVID-19 outbreak in Iqaluit.

“I believe that over the next few days, you’ll see that things go back to being normal,” Kusugak said during the Government of Nunavut’s second COVID-19 update of the week.

He was reacting to a question about bare produce shelves at the Northmart store and comments he made last week that Nunavut’s supply chain would not be affected by a reduction in cargo flights resulting from the arrival of the disease in Iqaluit last week.

Kusugak said he was aware there was a sudden shortage this week of “everybody’s favourite food and vegetables.”

The shortage was partly the result of people hoarding supplies shortly after his government imposed sweeping public health restrictions on the capital city, including the closure of schools and non-essential businesses.

“Part of the shortages was caused, I know, because of that,” he said.

But it was also the result of the airlines reducing the number of flights into the territorial capital since the COVID-19 outbreak was declared.

On Friday, Canadian North said its capacity to move cargo to Iqaluit from Ottawa had been “significantly impacted” by the outbreak.

The situation continued over the weekend and into the start of this week. Canadian North told its cargo customers on Monday the airline is “still facing steep challenges to move the backlog of shipments.”

“I remain hopeful that it will not be too long before we will be able to move into our normal service levels,” company vice-president Andrew Pope wrote Monday in a letter to customers.

On Tuesday, the airline issued a notice to say its cargo and baggage handling operations in Iqaluit were still operating at a reduced level. Its cargo drop-offs in Iqaluit and Ottawa were reopened to receive essential goods, the airline’s notice states.

It will continue to prioritize the shipment of food, medical supplies and other essential goods until it returns to operating at a normal capacity.

“Only shipments containing these essential items will be accepted,” the airline said.