“We can start earlier and we can continue on later” 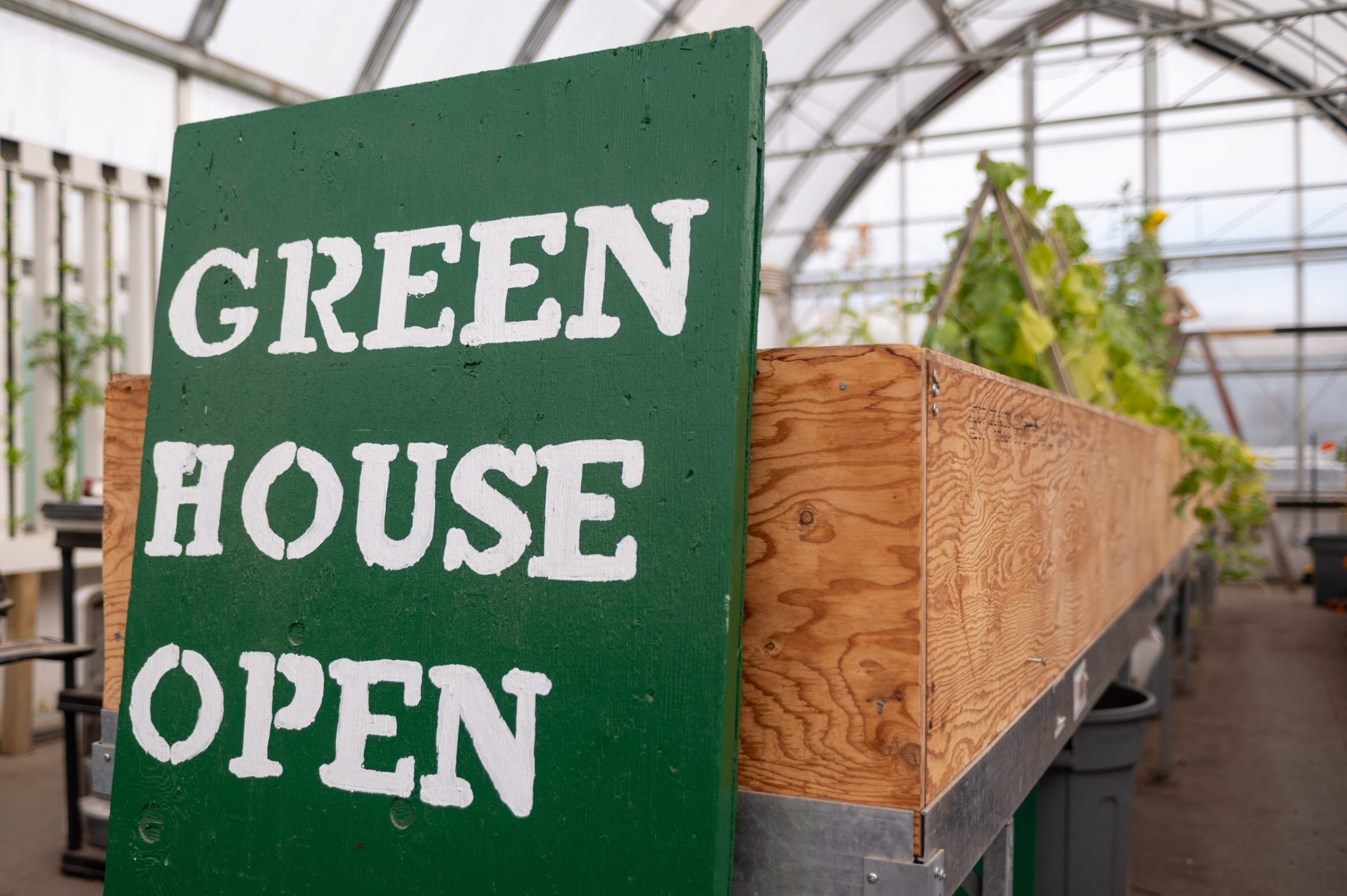 The Iqaluit Community Greenhouse Society’s typical growing season normally begins in May and runs until October. Now, with the addition of a thermal blanket and oil-burning heaters, it may be able to start in March and continue through November, greatly lengthening the season. (Photo by Dustin Patar)

During any other year, the Iqaluit Community Greenhouse Society would have roughly four weeks left in its growing season, but now and moving forward, it may be able to grow produce into late November.

Last weekend, the society began installing a thermal blanket in the greenhouse that sits about halfway between the roof of the building and the crops below. When combined with the addition of oil-burning heaters, the transparent and reflective blanket will keep the heat in the lower part of the greenhouse and the temperature around the crops higher.

“We can start earlier and we can continue on later,” said Tony Canny, chair of the Iqaluit Community Greenhouse Society.

In addition to time added to the end of their season, the blanket and heaters could allow the society to start growing produce as early as March

All of the produce grown in the greenhouse is given to the Qajuqturvik Food Centre.

The blanket will also allow the greenhouse to provide the centre with a greater variety of produce, said Canny.

The greenhouse can hit 50 degrees in the summer, say volunteers.

But summer also brings with it another challenge for the greenhouse.

“Some plants actually need a nighttime,” said Jordan Blake, vice-chair of the society.

“The thermal blanket will also help with that.”

Alongside the heaters and the thermal blanket, the society has made other changes.

According to Canny, last season the society almost doubled its soil-planting space.

“We can’t grow any bigger in terms of our footprint, this is as big as we can get,” said Canny.

“So we basically have to maximize our production out of this facility and the only way to do that is to get better at what we do.”

Despite a few technical issues earlier in the season, the challenge of operating during the pandemic and a constant fluctuation of volunteers, Canny is optimistic.

“I have to say, in the last two years I think we’ve learned a lot and we are much better at being able to produce stuff over a longer period, more consistently,” he said.

“We’ll never be able to supply [Qajuqturvik Food Centre] with all their vegetable needs, but everything we can grow right here in the Arctic helps.”