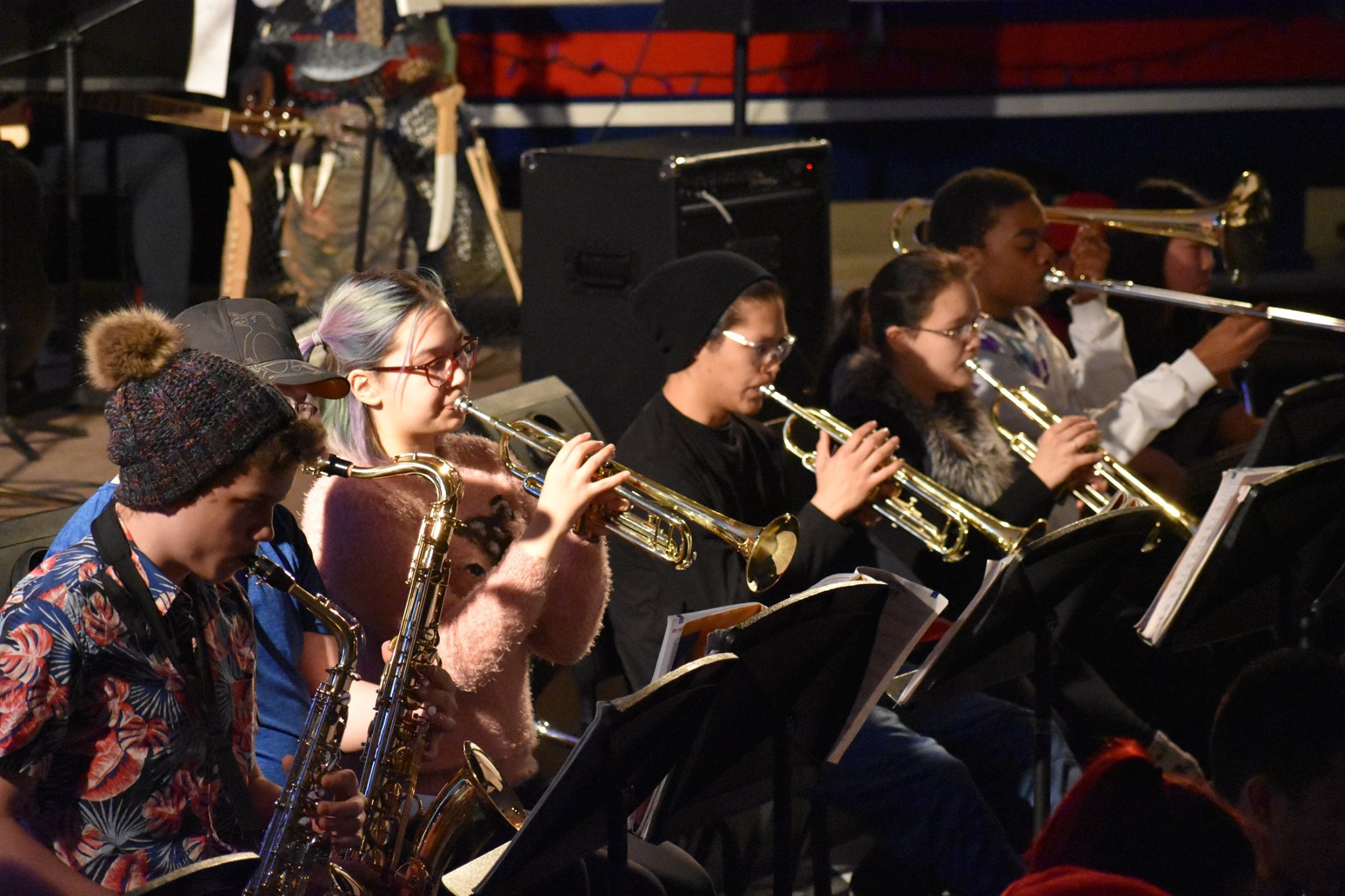 Iqaluit’s Inuksuk High School Concert Band, whose members are pictured here at the high school’s 2019 Christmas concert, and the Inuksuk Drum Dancers are in Ottawa this week to perform at the National Arts Centre. (Photo from Mary Piercy-Lewis/Facebook)

On Wednesday, Feb. 12, the students will play at the National Arts Centre as part of the centre’s lunchtime concert series.

From classical to jazz to traditional music to songs from popular artists like Charlie Adams and Susan Aglukark, the band and choir are showcasing their wide repertoire next week.

“It’s a lot of really fun music that we’re taking down,” said Mary Piercey-Lewis, the band’s director and a teacher at Inuksuk High School. 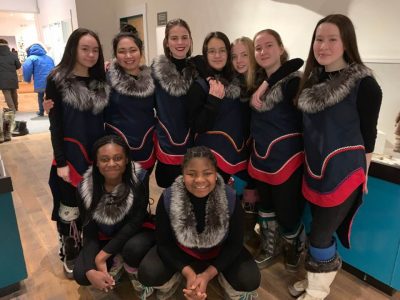 Iqaluit’s Inuksuk Drum Dancers are seen here before singing at the vigil for the National Day of Remembrance and Action on Violence against Women and Girls in 2019. The drum dancers, joined by the Inuksuk High School Concert Band, will perform in Ottawa this week at the National Arts Centre. (Photo from Mary Piercy-Lewis/Facebook)

The band and choir will play together and separately, with band members accompanying the singers with solo pieces Piercey-Lewis adapted to fit in the music. The choir will also perform traditional and contemporary throat singing and drum dancing with their songs.

“I know we’ll do our best,” said Minnie Akeeagok, an alto with the choir. “I hope the girls will be able to show the culture to people who don’t really get to see it.”

The relationship between the school and the National Arts Centre goes back years. In 2012, for example, the arts centre provided private music lessons over Skype for band members.

Since then, orchestra members have come to Iqaluit to meet students in person, and the Inuksuk High School Concert Band and Inuksuk Drum Dancers have participated in other projects, like Canada Day celebrations, with the centre over the years.

“We’re very lucky in the sense that we’ve been partnering with the National Arts Centre on a number of different projects for many years,” said Piercey-Lewis.

That relationship made setting up this performance at the centre a no-brainer. When Piercey-Lewis contacted the National Arts Centre to talk about coming to Ottawa, “[they] said, ‘right, got it, no problem.’”

When the students come down, they’ll be bringing an important song with them as token of that relationship: “Uqausira Asiujijara,” a musical response to the Rita Joe poem, “I Lost My Talk.”

“The poem is all about losing your culture and losing your language,” Piercey-Lewis said. “And so the National Arts Centre went to different Indigenous groups all across Canada and asked them to respond to that poem musically. So we responded musically, I wrote it with my guitar classes and my choir. And then they sent someone off and recorded it professionally. They also did a professional video [which premiered January 2016].”

It will be the first time the students in the band and choir this year will travel to Ottawa.

It’s exciting, especially because despite the many strangers they’ll see in the audience, Piercey-Lewis is expecting a lot of familiar faces too. Members of the Ottawa Inuit community have been invited to come out, with Nunavut Sivuniksavut and choir alumni likely to be in the audience.

“It’s my hope that the young people feel proud and confident and very happy to be sharing their talents and all the things that they’ve learned this year with other people,” Piercey-Lewis said. “And then, of course, to learn new things as well.”

“I’m feeling very excited,” said Makpa Otak, a soprano with the choir. “I’m so glad that I’m going to experience something I’ve always loved doing and I get to go with the choir.”