“It’s a loss for everyone” 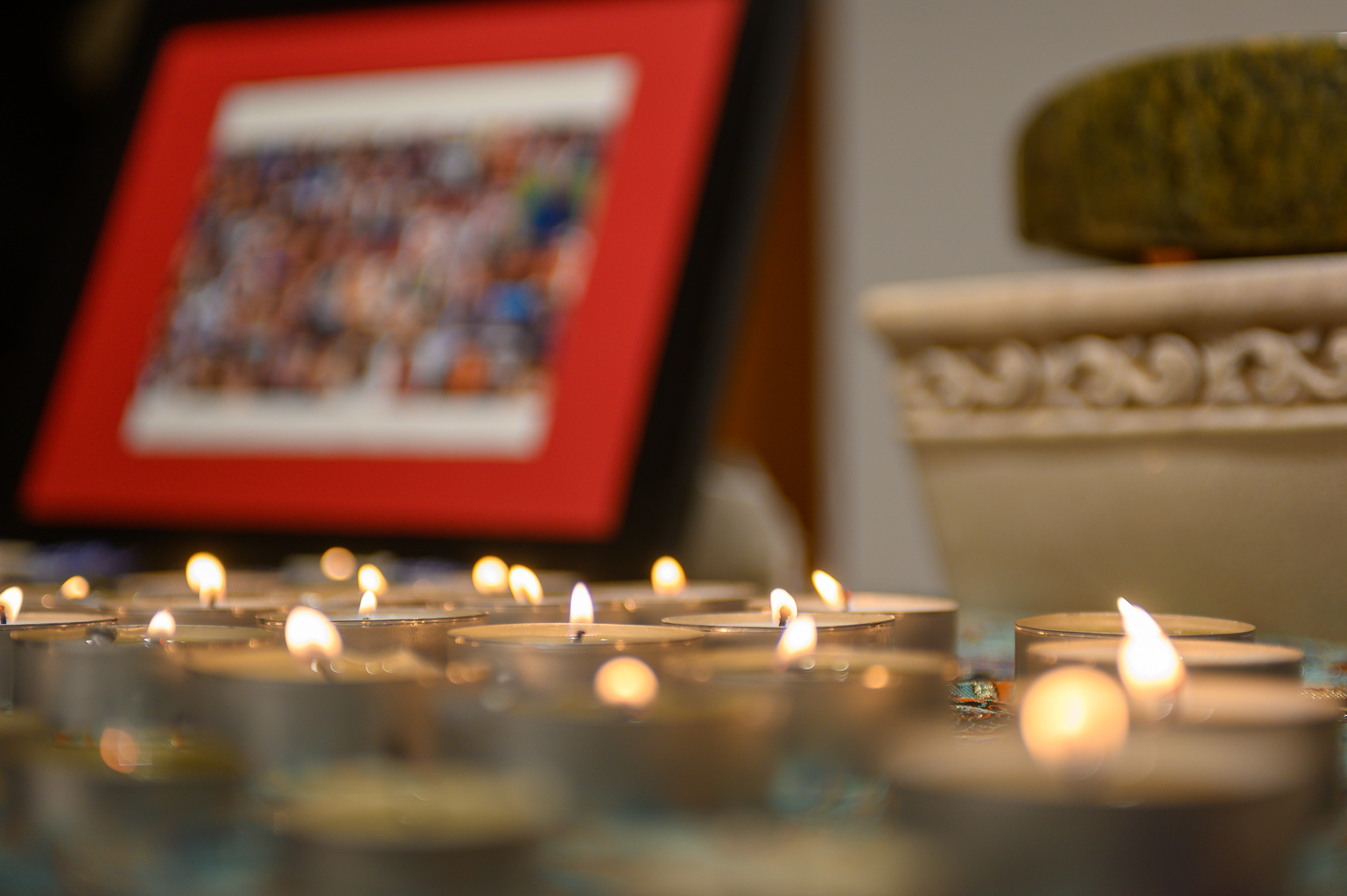 A handful of Iqaluit residents gathered at the Nunatta Sunakkutaangit Museum on Saturday afternoon to hold a vigil in honour of the victims of Ukrainian International Airlines flight PS752. (Photo by Dustin Patar)

A handful of Iqaluit residents gathered at the Nunatta Sunakkutaangit Museum on Saturday afternoon to hold a vigil for those who died on Ukraine International Airlines Flight PS752, which was unintentionally shot down in Tehran last week by an Iranian missile.

Among the 30 or so in attendance during Saturday’s vigil were members of Iqaluit’s Iranian-Canadian community, as well as Nunavut Premier Joe Savikataaq, Iqaluit-Tasiluk MLA George Hickes and Nunavut MP Mumilaaq Qaqqaq.

The vigil began with the lighting of a qulliq by Rhoda Ungalaq, followed by a moment of silence to remember the 176 passengers and crew members, 57 of whom were Canadians, who perished last Wednesday.

“I think that it’s a loss for everyone,” said Sima Sahar Zerehi, an Iranian-Canadian resident of Iqaluit who organized the event.

Many of the victims were university students.

“When it comes to immigrants, there are so many barriers that it’s so hard to be able to navigate the immigration process that it really becomes the best of the best, the brightest minds, the hardest workers, the most determined that make it through that system,” said Zerehi.

The unintentional downing of flight 752 came after nearly a week of escalating tension between the United States and Iran after the assassination of Iranian General Qasem Soleimani on Jan. 3.

“Frankly, there’s not a lot of good news that comes out of Iran and the image of Iranians that is oftentimes on your TV screens is not what most of us want to celebrate as our community,” said Zerehi to those gathered on Saturday afternoon.

After Zerehi spoke, she opened the floor up to anyone else who might like to speak but also offered Iranian tea and treats to those in attendance.

Instead of getting up, those gathered sat motionless.

After a long silence, Zerehi spoke once again.

“It’s very un-Iranian of everybody to sit very quietly. In respect of our community please talk loudly amongst yourselves, feel free to cut each other off.”

The sombre room broke out in laughter.