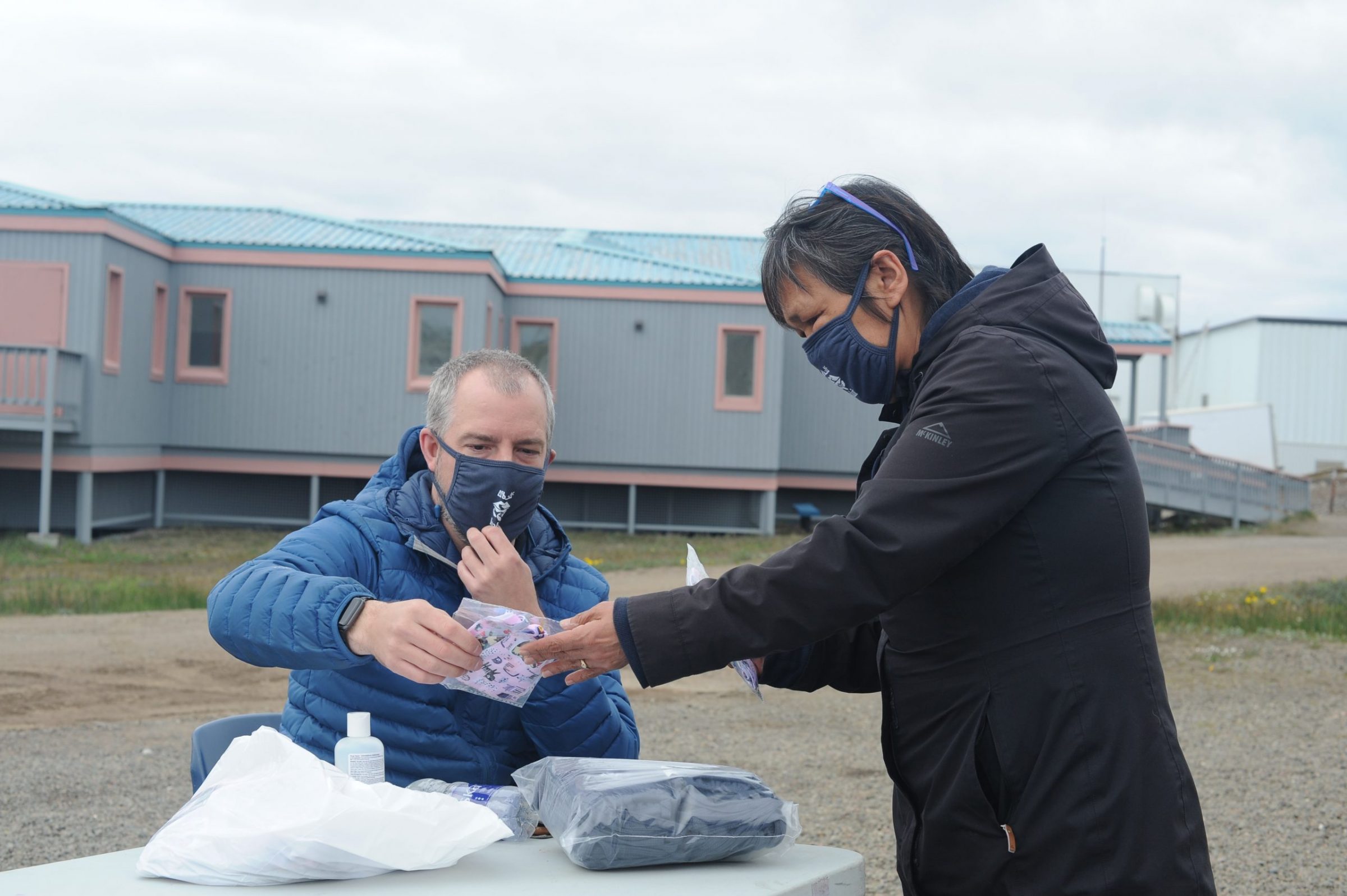 Iqaluit Mayor Kenny Bell hands a resident a few masks to take home after catching up during a city outreach event Wednesday afternoon in Iqaluit Square. The event was for people to speak with the mayor in an informal setting. (Photo by David Venn)

Iqaluit Mayor Kenny Bell’s latest effort to reach out to the residents he represents attracted a handful of people showing up to chat Wednesday afternoon.

The event – the first of its kind held by Bell – lasted from 12 to 2 p.m. in Iqaluit Square. It was for people who preferred face-to-face conversations to have a chance to connect with the mayor in an informal setting.

During the first hour, about four Iqalummiut dropped in to share their concerns. Most of the requests from residents, Bell said, were about access to the land and removing boulders from trails around the city.

Bell said that these issues are easily fixed and he thinks the city will have no problem accommodating them.

Several others visited in the second half just to say hi and pick up some City of Iqaluit masks.

Bell packed up around 2 p.m., an hour earlier than scheduled, saying that this was a good first trial run.

The city is planning on holding similar events throughout the summer and into the fall, but it doesn’t have a date for the next one.

When people see the change that comes from having a conversation with him, Bell said, more people will turn out next time.

“Whatever it is, I want to hear from the public,” he said.