‘The door should have been chained, there shouldn’t have been anybody on the worksite,’ said Doug Workman, head of Iqaluit DEA 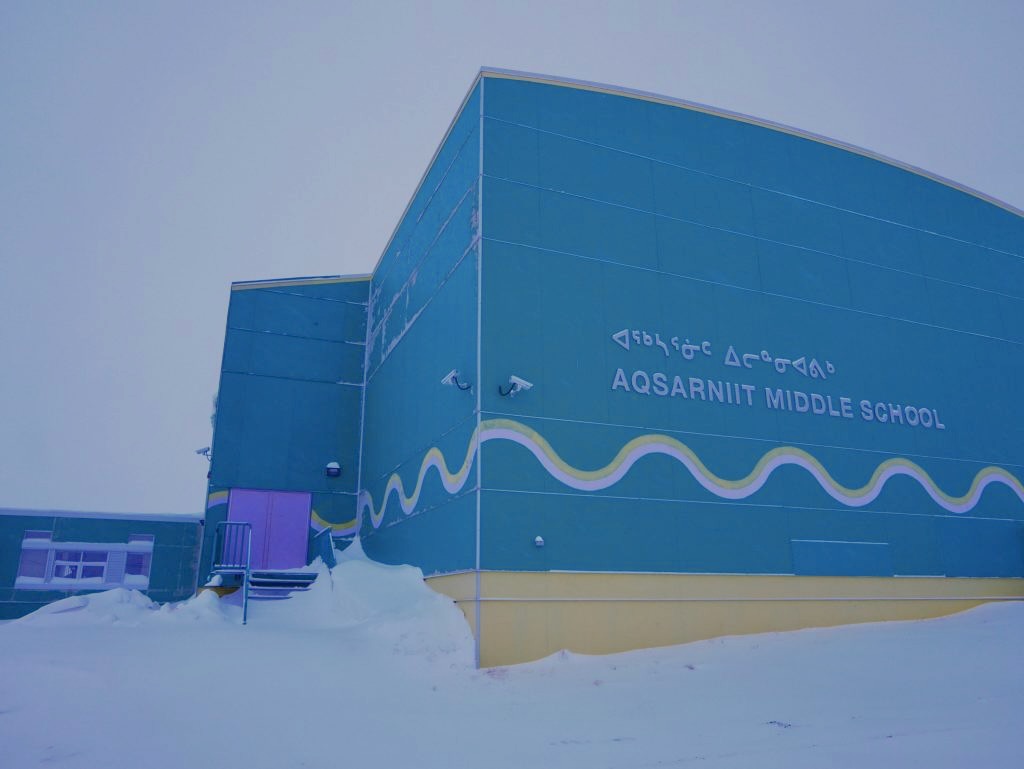 Aqsarniit Middle School in Iqaluit reopened on Wednesday, following its closure due to fumes caused by a fuel leak. (Photo by David Venn)

Aqsarniit Middle School reopened on Wednesday, with a fuel leak cleaned up and officials involved in a week-long ordeal now seemingly in agreement about what happened.

Doug Workman, the head of Iqaluit’s district education authority, met with Nunavut’s minister of education, minister of community and government services and other government officials on Wednesday to go review the events of the past week.

Workman said his big takeaway from the meeting was that the Workers Safety Compensation Commission, which had issued a stop work order at the school on Monday, dropped the ball.

“I think everybody was on the same page that communication with WSCC has to be tightened up,” he said about the meeting.

Students were back at school on Wednesday, with school leadership having been told air testing came back clean, despite the Education Department issuing a news release Tuesday night, saying the school was closed indefinitely.

The Workers Safety Compensation Commission placed a verbal do not work order at the school on Feb. 3, but, according to Workman, school staff said they were not aware of it until the following Monday, when it was provided in writing.

The document itself — which says there was still a fire risk when students were in the school on Friday — says it must be posted in a visible location.

Workman said the notice was not posted, and he and the school principal Aaron Wile got conflicting information and were left in the dark for days.

Because the stop work order was unclear, Workman said administration staff were at the building on Friday and Monday when students were sent home. They worked with their windows open because the fuel smell was so strong.

The WSCC staff member who conducted the inspection did not respond to requests to comment.

Workman closed the school on Friday after staff reported strong smells of fuel in the school and students were getting dizzy and many had headaches, he said.

He made the decision even though he got an email from the Education Department on Feb. 3 saying air quality testing done by Qikiqtaaluk Environmental Inc. came back clean and the building was safe for students to return the next day.

Troy Rhoades, a spokesperson for the Department of Education, also sent Nunatsiaq News an email saying the fuel leak was remedied and students were cleared to go back to class on Feb. 4.

Since then, the principal and Workman spent time over the weekend visiting the school to check in on the situation and trying to get clear information from WSCC and the Education Department.

On Wednesday night, a consensus was reached among GN officials and IDEA staff, and Workman confirmed the school is open and the work order has been lifted.

WSCC staff did not respond to requests to confirm when the stop work order was placed and lifted.

Here is a timeline of events: