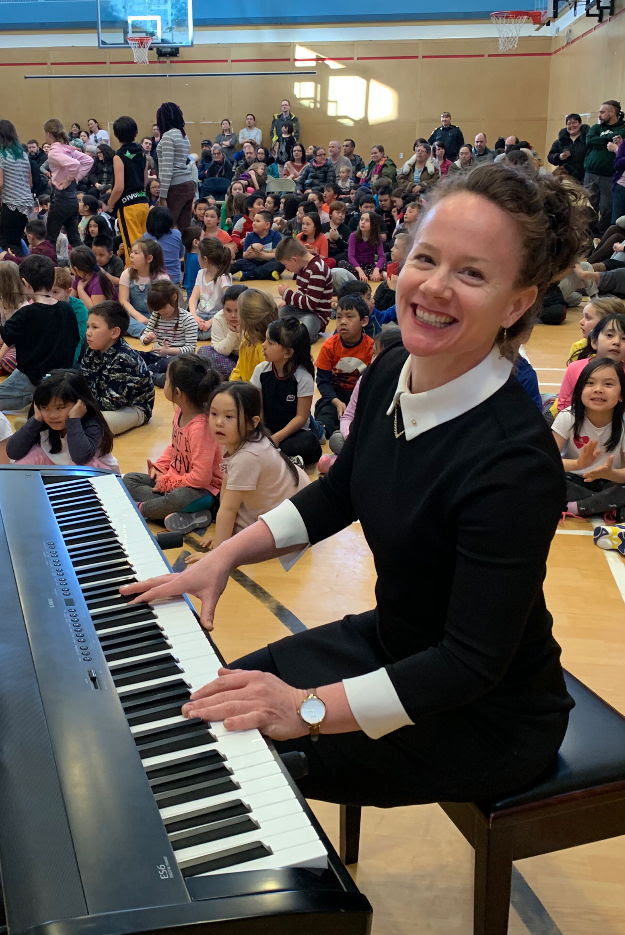 Mary Piercey-Lewis is the recipient of the 2021 MusiCounts Teacher of the Year award.

A music teacher at Iqaluit’s Inuksuk High School has been nominated for the 2021 MusiCounts Teacher of the Year award.

Mary Piercey-Lewis is one of the five nominees for the award announced Tuesday by MusiCounts, a music education charity associated with the Juno Awards.

Piercey-Lewis has been teaching music in Nunavut for over 15 years, using her PhD in ethnomusicology to provide culturally relevant music programming for her students.

There is no music curriculum in Nunavut, according to MusiCounts. Piercey-Lewis is changing that, by collecting Inuit music and putting together a program.

“Mary expertly teaches quality music education using the music of Nunavut as the foundation. In doing so, she meets the needs of her Inuit students,” said Heather Daley, founding director of the Alianait Arts Festival, in a news release.

In 2001, Piercey-Lewis helped form the Arviat Imngitingit community choir, a mixed-voiced group that specialized in traditional and contemporary Inuit music. This choir has travelled all throughout Canada to perform.

Her students have performed for Prime Minister Justin Trudeau and at the National Art Centre in Ottawa.

If Piercey-Lewis is selected for this year’s award, a donation of $10,000 would be made to the music program at Inuksuk High School. She would also be invited to attend the 50th Juno gala dinner and awards ceremony on May 15 in Toronto.