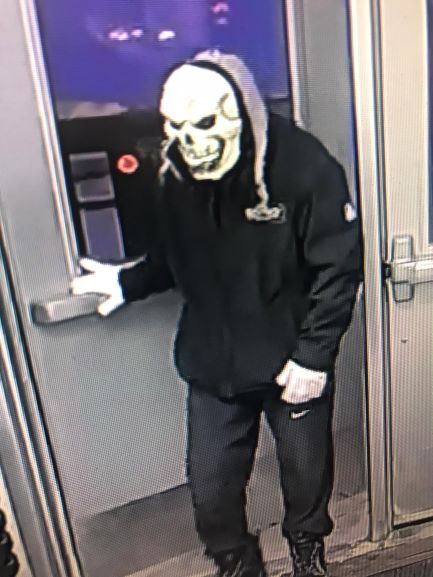 Police are investigating after an armed man stole $200 from the Apex Quick Stop Monday. (Photo courtesy of RCMP)

Suspect in skull mask left the scene with $200

Iqaluit RCMP are investigating after a man in a skull mask, brandishing a fish-fillet knife, held up a convenience store on the road that leads to Apex on Monday.

At around 5 p.m., police received reports of an armed robbery at the Apex Road Quick Stop, according to a news release from RCMP. The suspect had fled by the time they arrived at the store.

Police say the suspect made off with about $200.

There were no injuries.

The suspect was wearing black pants, a black jacket, a skull mask, white gloves and carried a fish-filleting knife.