31-year-old man faces charges of assault, possession of a weapon and failing to comply with release orders 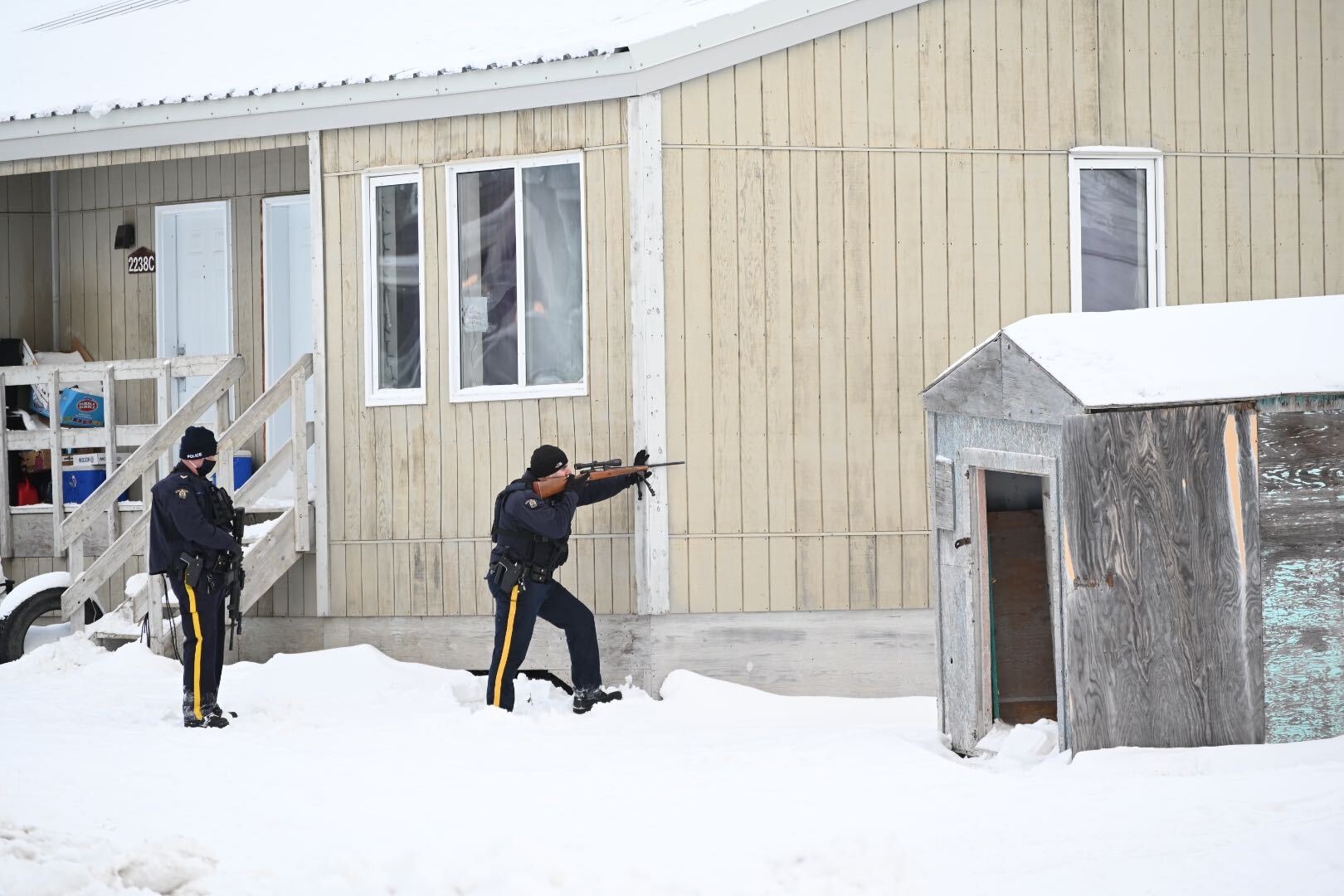 RCMP officers are seen with weapons drawn behind a home near the Apex Road early on Friday, Nov. 13. (Photo by Dustin Patar)

After more than 10 hours, Iqaluit RCMP say that a critical incident has been peacefully resolved, following the arrest of a man at 5:45 p.m.

A 31-year-old man, who was not identified in an RCMP news release, has been charged with assault, possession of a weapon and failure to comply with release orders.

The man will appear in court tomorrow.

RCMP say that they first received a call at 7:12 a.m. about a disturbance inside a residence in the 4100 area near Imiqtarviminiq Street, which runs by the small body of water called “Dead Dog Lake” in English. Police were told a man was threatening the occupants of the residence with a knife.

The RCMP deployed its critical response team and crisis negotiators. That morning at least seven armed RCMP officers were seen staking out the area.

The critical response team is used when negotiators are needed to help defuse tense and high-stakes situations, an RCMP website says. It responds to a range of calls from barricaded persons and distraught individuals to hostage situations and kidnappings.

Nunavut RCMP had earlier warned residents of the neighbourhood not to go home from work, or leave their homes, during the incident. Schools in the area were also notified.

RCMP say that no one was harmed as a result of the incident.

With files from Meagan Deuling and Dustin Patar