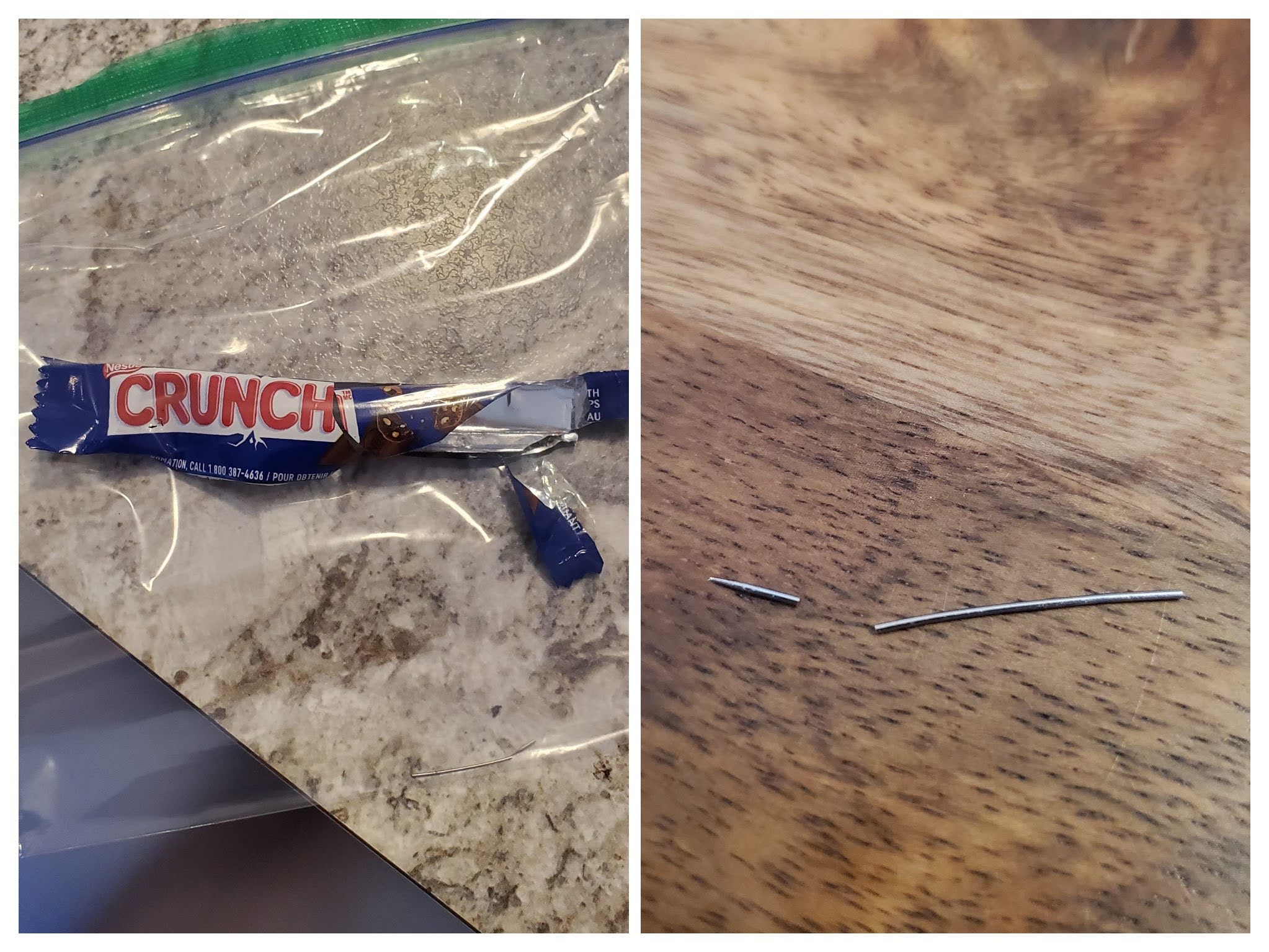 Nowdlak Kelly, an Iqaluit resident, said she found a pin in her daughter’s Halloween candy collected in the Plateau area of the city. (Photos courtesy of Nowdlak Kelly)

The Iqaluit RCMP says it’s investigating after it received two reports from parents who reported they found metal pins in their children’s Halloween candy.

RCMP said in a news release Thursday that they first received a report of a pin in candy on Wednesday, two days after Halloween.

Nowdlak Kelly, one of the people who made a report to the RCMP, told Nunatsiaq News her daughter bit into a chocolate bar, only to find a pin inside.

“I was so afraid of other children getting severely injured. This is all so scary. And extremely disturbing,” Kelly wrote in a message to Nunatsiaq News.

Police received a second complaint on Thursday morning about a similar type of pin. The pins are about two centimetres long, RCMP said.

“It has not been determined which home the candies have came from but both complainants have advised that they were collecting candy in the Plateau area of Iqaluit,” the release said.

RCMP are asking parents to “be very vigilant” and to inspect all candy before allowing children to eat it.

Anyone who notices tampering or a foreign object in candy is asked to place the candy in a bag and bring it to the Iqaluit RCMP detachment or contact the RCMP at 867-979-1111.