Iqaluit should roll out the red carpet to Pope Francis 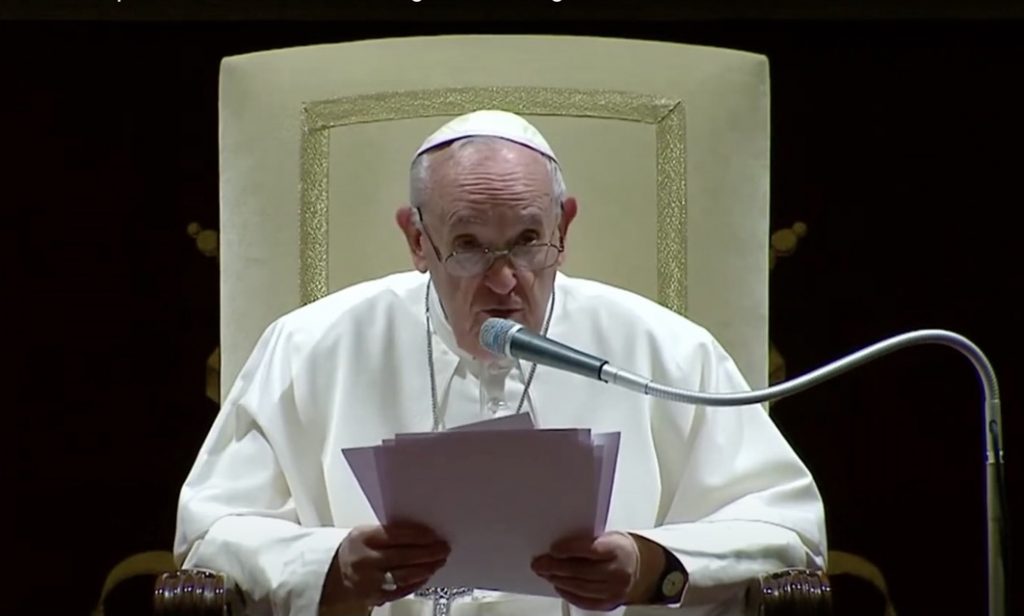 Pope Francis, seen here speaking at the Vatican on April 1, is coming to Iqaluit as part of a weeklong tour of three Canadian cities this summer, announced the Vatican Friday morning. (Screenshot courtesy of Salt and Light Media) 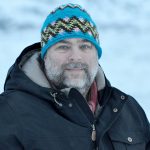 Pope Francis should include Nunavut in his itinerary when he comes to Canada to apologize for the Roman Catholic Church’s involvement in the residential school system later this year.

It’s an obvious setting for him to make the symbolic gesture that many Indigenous leaders, including many Inuit advocates, have tirelessly worked for.

We learned two weeks ago that the Pope plans to make that apology on Canadian soil. A papal apology — in Canada — is one of the calls to action in the Truth and Reconciliation Commission’s report.

Now that we know he is coming, it’s only a question of where and when.

There are three broad groups of Indigenous Peoples — Inuit, First Nations and Métis. Each one was affected in their own way by the residential school system, which existed for a century and served as a way to remove Indigenous children from their communities and separate them from their culture.

Furthermore, each group sent a delegation to the Vatican last month for that week of meetings with the Pope that led to his historic apology in Rome, which came as a relief to so many, at the end of those sessions.

So how would the Pope pick one community over another for his apology on Canadian soil? Certainly, it would be more meaningful for him to make this gesture in an Indigenous community than from the pulpit of a cathedral in an urban setting like Montreal, Ottawa or Toronto.

He needs to do it in an Indigenous community, near a place where so much misery was perpetuated, and among the people who are living with the direct or intergenerational effects of the legacy of the residential schools.

It would make sense if the Pope were to make three apologies — one to each of the three Indigenous groups. There was more than enough sin committed in the residential school system to warrant more than one papal mea culpa.

Many Indigenous communities are small and remote. It might be difficult for them to handle the logistics of a papal visit. While it would be fitting to see the Pope visit Chesterfield Inlet or Rankin Inlet, the sites of some of the more notorious northern residential schools, it might be too big a challenge.

It’s hard for the Holy Father, who can’t go anywhere without an entourage that includes a phalanx of security and a pack of journalists in tow.

Iqaluit, however, has the advantage of being easily accessible by plane from Ottawa (an important consideration for the 85-year-old pontiff) and with the infrastructure needed to accommodate such a big and historic event — including meeting space, hotel rooms, and vehicles.

It might seem crass to jockey for a papal visit.

But this visit will be historic — cathartic. A meaningful papal apology in Canada is a crucial step on the path to reconciliation. It’s essential that the gesture be done well and that nothing is left to chance. The eyes of the world will be on the Pope and on Canada. More important, the eyes of the victims of residential schools and their families will be on him, too.

Whenever it comes, the Pope’s Canadian apology needs to take place as close as possible to the people who were hurt by the church’s involvement.